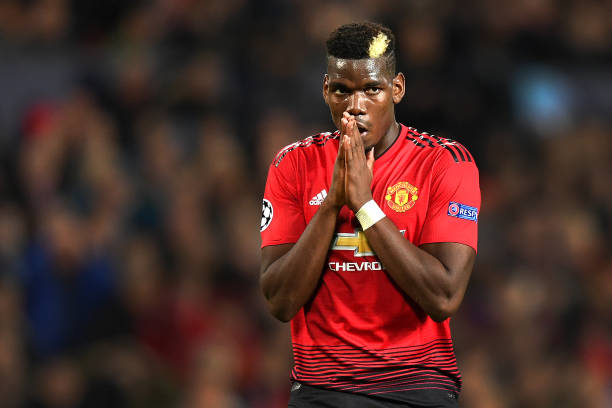 MANCHESTER, ENGLAND - OCTOBER 23: Paul Pogba of Manchester United looks dejected after hitting the post during the Group H match of the UEFA Champions League between Manchester United and Juventus at Old Trafford on October 23, 2018 in Manchester, United Kingdom. (Photo by Michael Regan/Getty Images)

On his day, Paul Pogba is undoubtedly one of the best midfielders in world football. However, in Manchester United colours, the Frenchman doesn’t turn up often enough. For a £95-million player, the former Juventus playmaker should deliver week in, week out at Old Trafford.

Over the past few years, United fans have scratched their heads trying to understand Pogba’s inconsistencies, but his performance with France shed much-needed light on the matter. So, let’s look at why the Red Devils haven’t got the best out of Pogba.

Needing Freedom to Play at His Best

In 2018, Pogba started the World Cup final for France, playing in a midfield pair alongside N’Golo Kante. At the Luzhniki Stadium, Didier Deschamps’ team lifted the trophy after defeating Croatia 4-2. It’s a testament to the 28-year-old’s performances at international level that he was trusted to start one of the sport’s biggest games, and he didn’t shy away from the pressure.

The Red Devils midfielder scored France’s third goal and, in doing so, wrote his name into the history books. Pogba’s curling strike saw him become the first United player to score in a World Cup final and the first from the Premier League since 1998.

That night in Moscow wasn’t a one-off, as Pogba kick-started his 2020 European Championship campaign with a Man of the Match performance against Germany. An own goal from Mats Hummels saw the reigning world champions get off to a winning start, and the 28-year-old was at the heart of their triumph. As per Tribuna, the Red Devils midfielder played four passes into the box, made 12 ball recoveries, and completed all three of his take-ons.

See also  Turkey up to the United States? They're pulling out the S-400 experts

There is, of course, one key difference between France and Manchester United; the Red Devils can’t play Kante next to Pogba. Few can argue that the 28-year-old doesn’t raise his game when playing alongside the Chelsea player, but that doesn’t solve Pogba’s club conundrum. In world football, there’s only one Kante. However, his attributes show that the former Juventus playmaker is better when playing next to a defensive anchor.

At United, Pogba doesn’t have the luxury of playing next to a well-rounded, defensive-minded player, and that’s hindering his attacking prowess. In the 2020-21 Premier League season, the Frenchman started 12 matches as a central midfielder, and he partnered Fred or Nemanja Matic in many of those. While the Brazilian isn’t a natural deep-lying midfielder, the Serbian doesn’t share Kante’s fitness and ability to cover the ground.

While buying Kante isn’t an option for United, recruiting a complete defensive midfielder will help Pogba replicate his international form at club level. If the Red Devils approach the summer transfer window with a well-thought-out plan, they’ll seek to strengthen this area of their squad.

Should they succeed in bringing in a suitable partner for Pogba, it will elevate their chances of winning the Premier League next season. As of June 16th, United are currently 11/2 to win the title in Premier League betting, and the Frenchman finding form will aid their pursuit of glory.

There’s a Top-Class Player in There

Ever since United signed Pogba in August 2016, the Old Trafford faithful have waited for the Frenchman to find consistency. While the 28-year-old must accept some responsibility for failing to hit the heights, he’s being held back by the system. As a result of that, it’s finally time for the Red Devils to rectify that issue.

Don't Miss it What to Expect from the 2021 Tour de France
Up Next slag. Jason Crump’s unsuccessful return to law enforcement. Ipswich witches home failed