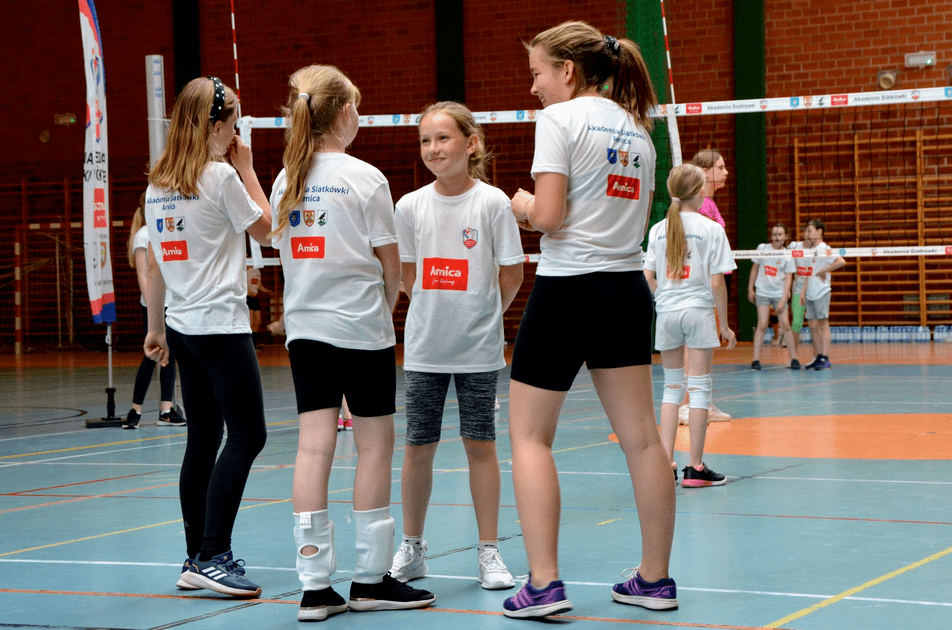 On Friday, June 3, over 200 kids will meet in the Amica Volleyball Academy Grand Final. The event will take place in the sports hall “Szamotulanka” and will be the culmination of the first season of the second largest volleyball academy of this type in Poland. The Amica Group is implementing the project with local governments and student clubs from the Szamotuły region.

The project partners officially signed the LOI in the first quarter of 2020. Some assumptions were hampered by the coronavirus pandemic, but as soon as conditions allowed for the project to start, about 250 students took part in sports activities – from primary schools in Szamotuły and Wronki, as well as from two similar institutions Of neighboring Poznań, deaths in Cerekwica and Rokietnica.

The project assumes a three-year training cycle, and is currently implemented by students of four years – grades from second grade to fifth primary school.

– Thanks to the support of the AMICA Group as a partner and ownership sponsor, the financing of the project is secured. Its advantage is also the fact that we implement a unified and coherent training program for such a large group of children – developed on the basis of the training experience of the student sports club “Szamotulanin”, which has already achieved many successes when it comes to training youth volleyball – says Dariusz Ciszak, Amica Volleyball Academy coordinator and UKS Szamotulanin coach.

– For many years, volleyball fans from Poland and Germany have known our company as a sponsor of the international “Amika Cup” tournament, with the participation of the best women’s teams from both the above-mentioned countries, which is organized every year in Szamotuły. Considering how popular volleyball is in our area, we’ve also been supporting kids’ training here for some time – says Marcin Bellek, Senior Vice President of AMICA Group. – We believe many of them will discover this sport on their own, and one day we will see the best in our professional competitions. In the meantime, we are enabling them to play a sport, which will also be a summary of the first phase of the “Amika Volleyball Academy” project. The point is not to compete here – we will recognize all competitors as winners – he adds.

According to the training plan of the Amica Volleyball Academy, the friendly competition on Friday in Szamotuły will be the meeting of singles, doubles and triples volleyball in small courts. At the same time, AMICA will provide schools participating in the project with refrigerators as backup facilities for training centers, as well as small household appliances as part of prizes for girls of the first year of the academy, who distinguished themselves during the last Wielkopolska “Triple” tournament. Of the nearly one hundred teams, three teams associated with the Amica Group-supported project made it to the twelve-team finals. The young volleyball players from Szamotuły won the gold, while the Wroncz players took the sixth place, followed by the school team in Rokietnica.