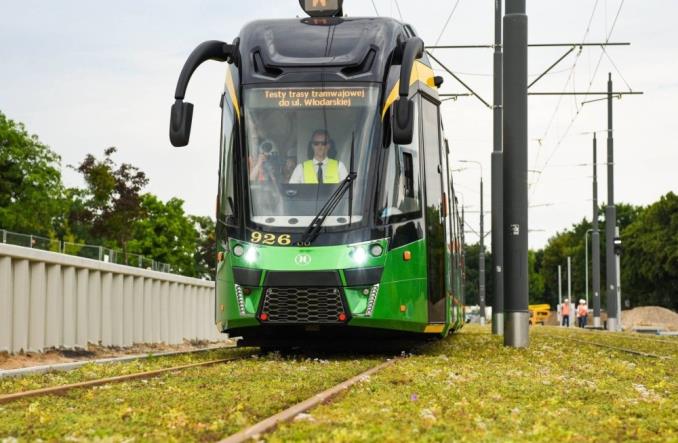 We talk with Magdalena Milert, an architect and urban planner, about how to create modern cities, how to prepare our spaces for the climate crisis and how to think about public transportation in all of this.

This is the second part of our interview with Magdalena Milert on city planning, the impact of climate disaster on our spaces, and thinking about modern public transportation.

John Ross: How should we think about public transportation in the city now and in the next 10 years?

MM: This is an interesting issue, because while it’s nice to have a tram or train where a new residential property is being built, it’s not always possible – we don’t expect that if a new property is built in the city in the Shenwa area, the city will provide us with a tram ring new there. Of course, when a new neighborhood or residential area is built, public transportation must be brought there, but it must be a planned area in terms of urban planning and transportation in order, for example, to avoid the “car” phenomenon. If this really happened and was not an empty promise, and in addition, the space is well designed and does not exclude young parents or old people, then we are talking about balancing the created space. The question is whether there is an adaptive scale, because if we build an area of ​​skyscrapers, and provide one sad tram that rarely drives, it does not fit into that scale. The same is true of the above-mentioned neighborhoods near the city – where such transport is not provided at all, and yet we spill our cities into power. Therefore, by thinking about relocation now, and planning it in tandem with urban planning, we are able to create quality spaces that will function in 10 years.

MM: No. There is now a movement that may have been started by Representative Frank Stergoski and his hashtag #makezbiorkomgreatagain, but if we look at how back-to-back connections have been filtered since the 1990s, how huge spaces have been left out of communication and how we’ve been stormed into believing that you can drive everywhere, we can’t say we’re So well. The ease with which cities spend money on new roads or investments that bring splendor, and on the other hand, the lack of money for public transportation and barrier-free rail cars, which are hardly ever talked about, is appalling. Zbiorkom is often chosen by young or old mothers, and the stairs on the bus or tram effectively prevent its use.

Junior: Can we talk about prioritizing some transportation in the city?

MM: It should definitely be a connected ship system, but I’d recommend my legs more. Walking has the lowest carbon footprint and that is what it means to live in these well organized neighbourhoods, where we can walk everywhere and not have to go anywhere, and if so, then by choosing public transportation. Prefer trams, avoid traffic jams and of course a bicycle. However, in order to choose a bicycle, the continuity of bicycle paths must be maintained, because we can boast of kilometers of bicycle paths, but if it is not a good path, separated from the road and pavement, it is not comprehensive, safe and comfortable. And of course, at the end of this hierarchy, we have a car, because it’s not the case that we go to move the proverbial wardrobe every day, and car rental companies are starting to operate on an increasing scale, and having the car in the city does not become a necessity.

JR: What is a punch line?

MM: Don’t be afraid to identify where we have errors in organizing our cities, ask ourselves key questions – what do we want and whether it is realistic to achieve. Second, we need well-organized neighborhoods, not modern neighborhoods with one neighborhood, one job. A city of 15-20 minutes is a vision of an accessible city for everyone who is not excluded, especially in the context of climate and an aging society.

Magdalena Millert – graduate of the Silesian University of Technology. Architect, city planner. In his social media, under the name pieing, he talks about spatial management, architecture and urban planning as well as psychology and space. Sounds boring? wrong. Core knowledge intertwined with memes can be a lot of fun!
It promotes a good urban user experience. He stresses that the city must be done accurately and within everyone’s reach. Vice President of the Community Embassy, ​​member of the Jagiellonian Club, co-founder of Archipogotow – a place to give free architectural advice to Pozna residents, teacher and workshop educator.

Don't Miss it Tokyo 2020. Ten countries compete for medals in showjumping competition
Up Next Poland is still waiting. This is how other countries have solved the vaccination problem