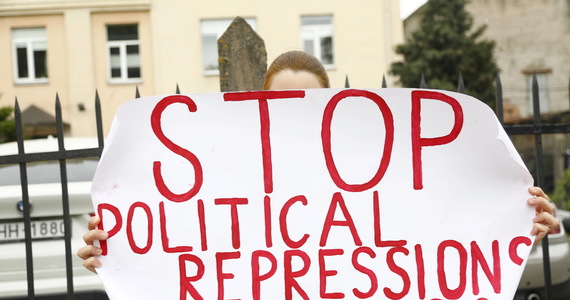 The FBI took part in explaining the circumstances of forcing a plane from Athens to Vilnius to land in Belarus, local police chief Rolandas Kishkis told Lithuanian journalists.

The investigation is being carried out by Lithuanians and Poles and now – as the Lithuanian police chief said – he has received information that the United States has launched an investigation into the matter due to the presence of American citizens on board the machine that was hijacked by the Lukashenka regime.

The investigators are also in constant touch with Greek services. The plane took off from Athens and Ireland – the machine belongs to an airline from that country.

As Rolandas Kiškis added, the entire cabin crew and 90 percent of the passengers had already been questioned. In turn, the Deputy Prosecutor General of Lithuania, Gintas Ivanauskas, informed that the Ryanair plane is still parked at Vilnius Airport, as not all the activities planned in the investigation have been carried out.

He will only be able to leave Lithuania after the prosecutors and experts finish their procedures.

Lukashenka: The information about the bombs on the plane came from Polish IP addresses 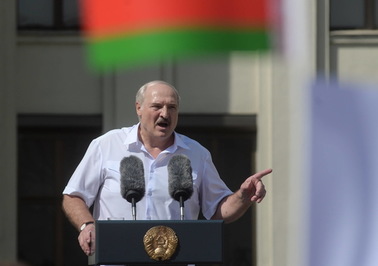 The National Prosecutor’s Office and the Internal Security Agency have decided on the details of the investigation activities of the proceedings related to the forced landing of a Ryanair plane registered in Poland, flying from Athens to Vilnius, in Minsk. These arrangements are the result of consultations between prosecutors and ABW officers – I mentioned last Wednesday.

In the first place, as part of the investigation, the recorders of the machine that was forced to land were secured. First of all, it concerns the recording of the conversation with Belarusian flight controllers. Passengers have already been met in Poland Our compatriots – who flew with the machine.

Investigators are also expected to request documents from Greece. The plane took off from its territory – namely, Athens – and Raman Protasevich boarded there.

What was we supposed to do when the influx of information about bombs from Polish IP addresses was pouring in? “- On Wednesday, Alexander Lukashenka asked a spokesperson In the Belarusian Parliament. This was his first appearance after the Ryanair machine was grounded in Minsk.

Lukashenka spoke at an urgent meeting with representatives of Parliament and the government. It was not broadcast live and the quotes were from state media.

According to the President of Belarus, “The information that a fighter is being forced to land is an absolute lie.” “The fighter’s job,” he said, “is to secure communications and deliver the plane to land in an emergency.” Lukashenka emphasized that other airports “did not accept the plane.”

He also claimed that the machine flew over a Belarusian nuclear power plant. “What if the security services suddenly went into a state of full combat readiness?” – He was asking.

The Ostrovik Nuclear Power Plant is located 50 km from the capital of Lithuania, Vilnius, and has an anti-aircraft defense system.