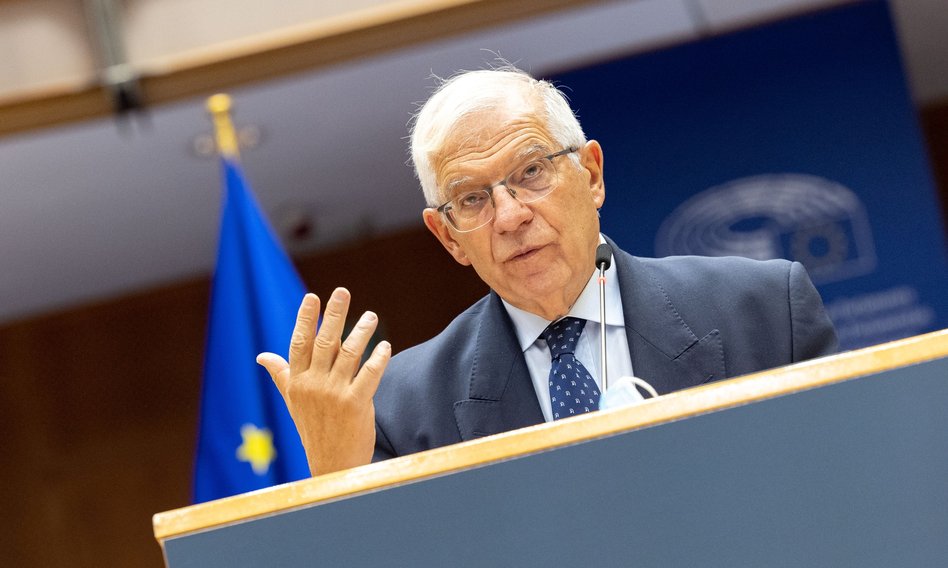 Josep Borrell, head of EU diplomacy, told reporters that the EU was discussing with Great Britain and the United States the possibility of imposing new sanctions on Russia. He added that no decisions will be taken in this regard at the ministerial meeting on Monday in Brussels.

In July 2014, the European Union and the United States imposed economic sanctions on Russia against the energy, banking and defense sectors. Borrell made it clear that more sanctions could be imposed if Russia tried to invade Ukraine.

“We are in a deterrent mode,” Borrell told reporters as he entered the council building in Brussels for a meeting of European Union foreign ministers.

A day in the city of the future. Special edition of Bankier.pl on December 15

In any case, we will send a clear signal that any aggression against Ukraine will cost Russia. In response to a question about the possibility of imposing sanctions in cooperation with the United States and Great Britain, we are investigating what (sanctions – PAP) and when and how this can be done in a coordinated manner,” he said.

Borrell noted that the most important topic of the meeting of the heads of the Foreign Ministry in Brussels will be the situation in Ukraine and the Russian expansion of the armed forces on the border with that country. He stressed that any Russian attack on Ukraine would be “very costly” for Moscow.

EU diplomats told Reuters the discussion was about a possible gradual increase in sanctions, ranging from a possible travel ban and asset freeze against members of Russia’s political elite to a ban on all financial and banking relations with Russia.

The foreign ministers of 27 European Union countries at a meeting in Brussels gave the green light to sanctions against Russia’s Wagner Group, which consists of mercenaries fighting around the world, including in Ukraine, Syria, Mali and Sudan – an EU source told PAP.

Paris, which had been critical of the company’s mercenaries’ involvement in supporting the military regime in Mali, sought to extend the restrictions to the Wagner Group for a long time. The French daily Le Figaro announced that on December 13, at the meeting of the European Union’s Foreign Affairs Council, appropriate sanctions will be adopted, and the granting of aid to the Malian army in the amount of 24 million euros will depend on the severance of cooperation. With Russian mercenaries.

In late November, the European Parliament adopted a resolution condemning the crimes committed by the Wagner Group and related special military formations.

“It appears that the Russian state is responsible for financing, training, managing and leading the operations of these paramilitary groups,” says the resolution, which asserts that the activities of the Wagner Group contribute to the spread of Russian influence in conflict areas.

The European Parliament considered that the Wagner Group and other subcontractors of the Russian-led security forces should be treated as subsidiaries of the Russian state.

The Wagner Group is present in many conflicts around the world, notably in Ukraine, Syria, Mali, Sudan, Mozambique, Libya, Central African Republic and Venezuela.

Don't Miss it International Conference on the Scientific Analysis of Expression…
Up Next Omicron. There is a regulation banning flights to African countries