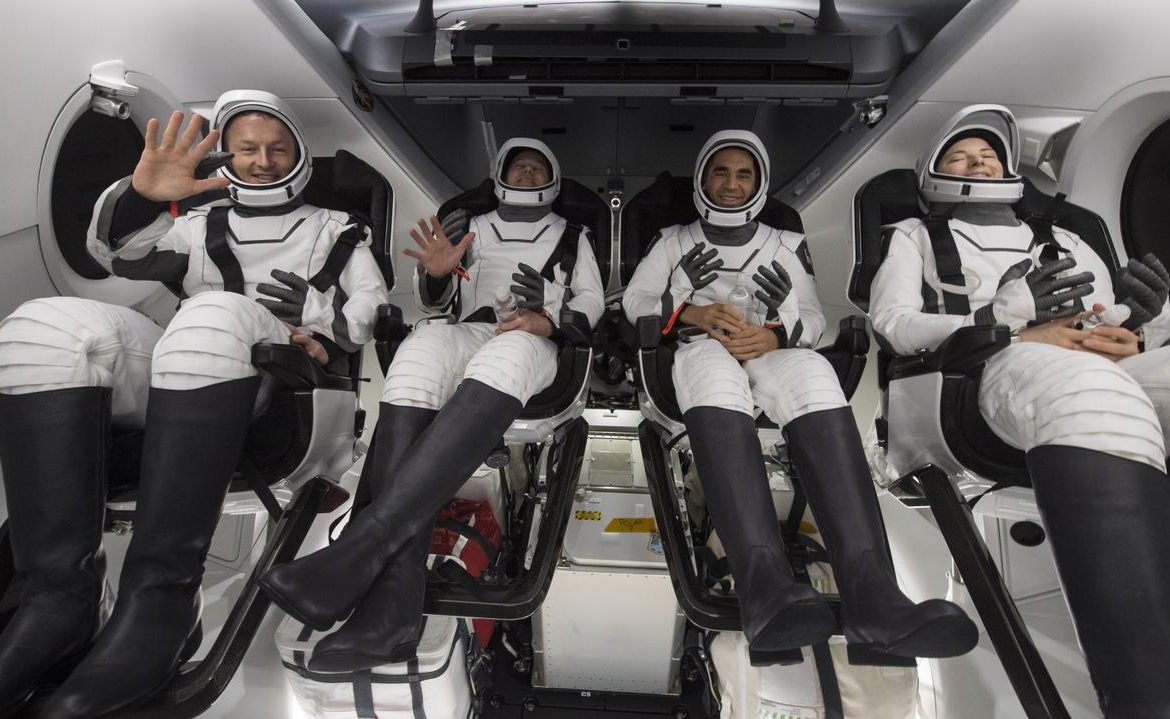 After six months on the International Space Station (ISS), four astronauts from NASA and the European Space Agency have returned to Earth. The flight back for the Crew Dragon capsule was 23 hours. The crew brought research samples with them.

Elon Musk’s SpaceX Crew Dragon capsule returned Friday after a six-month mission in space, launched in the Gulf of Mexico. There were three American astronauts from NASA aboard the capsule, and one European Space Agency (ESA) astronaut from Germany was represented.

The return trip from the International Space Station (ISS) took more than 23 hours, according to Reuters. The ship landed in the waters of the Gulf of Mexico.

The astronauts returned to the surface of the planet in their black and white suits. Their health has been checked while they are still on the ship. After leaving the capsule, they were transferred to a special stretcher and transported by helicopter to Florida.

During the mission, astronauts had to deal with a dangerous boom in space debris after Russia destroyed its satellite in mid-November. According to the Associated Press, more than 1,500 satellite fragments have spread through Earth’s orbit.

The mission, which ended on Friday, was aimed at conducting various research in space, including the cultivation of hot peppers. The crew returned with a 250-kilogram payload, which included, among other things, research samples from the International Space Station.

Don't Miss it Iga Świątek is the most popular in France
Up Next Prince Harry and Meghan Markle return to Great Britain? There is one condition