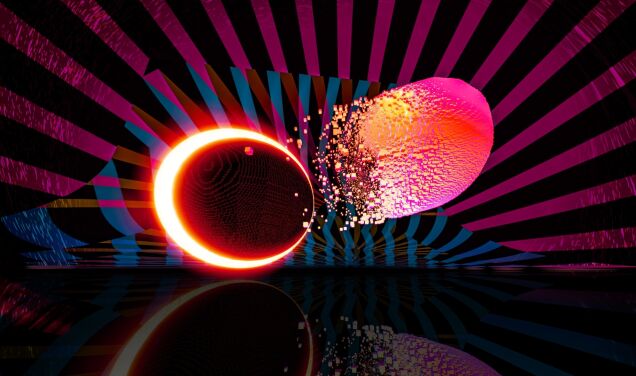 Neutron stars and black holes are very strange objects, they are very rare in pairs. The first is the most stable object in the universe, the remnants of stars. It is about the size of the mass of the Sun, but its diameter does not exceed tens of kilometers. On the other hand, black holes are regions of spacetime with such strong gravity that even light cannot escape.

The Milky Way’s first pair of neutron stars were spotted in 1974 by radio telescopes (which spot so-called pulsars, or rotating neutron stars, that emit a beam of radio radiation). The existence of black pairs with stellar masses was also confirmed (confirmation was obtained a few years ago thanks to observations on gravitational waves). However, the problem was still mixed binary systems consisting of both bodies – such a system has not been observed in a clear way so far.

So far, you can only observe gravitational waves that only came from the merger of two black holes or two neutron stars. The mixed system was recorded for the first time, although we predicted such a scenario twenty years ago, together with Professor Krzysztof Bilczynski – said Professor Thomas Bulik of the Astronomical Observatory of Warsaw University.

On January 5, 2020, one of the Advanced Ligo detectors, located in Louisiana, USA, and the Advanced Virgo detector in Italy, recorded gravitational waves coming from an unknown object. The signal was emitted by a system in which a rotating neutron star and a black hole merged into a single compact body. Scientists saw the last few orbits before merging. Ten days later, a signal from a similar duo was detected. The individual systems were named GW200105 and GW200115.

In both cases, the more massive objects match the range predicted by the stellar evolution theory of black holes, and those with lower masses match the predictions of neutron stars.

The contact of a black hole with a neutron star, in addition to the signal of gravitational waves, may also emit electromagnetic radiation. The latter was not observed due to the large distance to the sources and the low accuracy of determining the position in the sky. But scientists hope to record such radiation in the future, should other similar events occur.

The described events GW200105 and GW200115 are the first reliable detections of a black hole-neutron star coupling. Previous events GW190814 and GW190426 have been discovered, which may also indicate similar collisions, but there is no certainty about them, and scientists describe them only as candidates for pairs of this type.

Don't Miss it Black Sea. Holland: The frigate was infested by Russian planes. Russia responds
Up Next Drama Serena Williams! The American woman left the court with tears in her eyes (video)