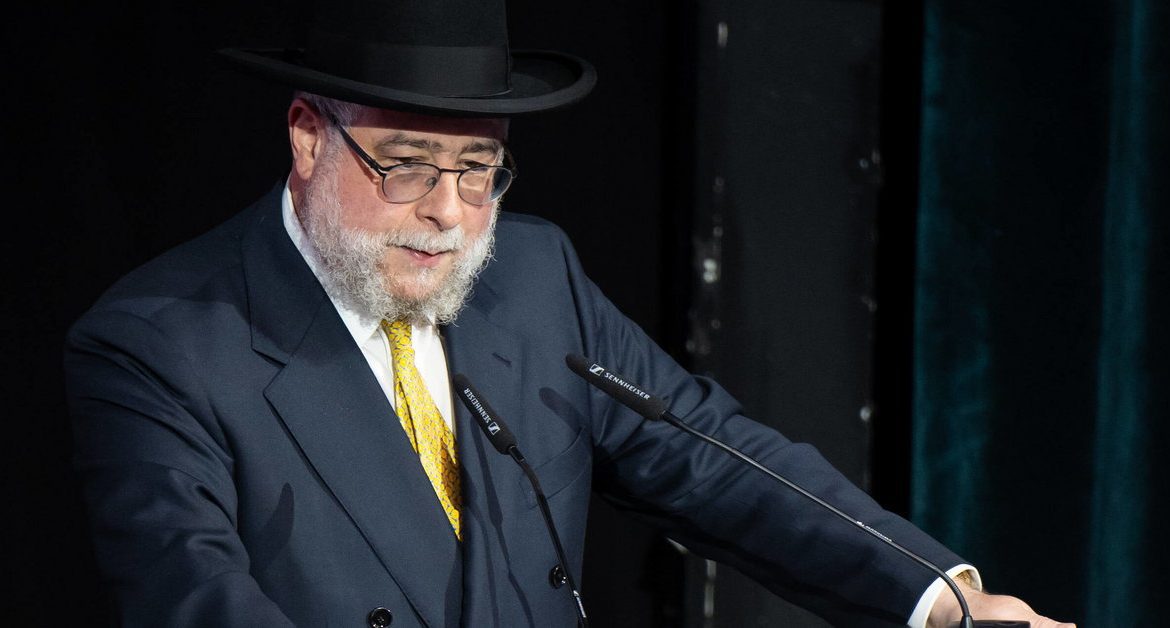 Goldschmidt was a rabbi in Moscow for 33 years. He is also the president of the Conference of European Rabbis (CER), which represents about 1,000 rabbis from Dublin to Vladivostok, and thus the largest Jewish communities in Europe. In March, two weeks after the Russian invasion began, he and his wife, Repetzin Dara Goldschmidt, traveled to Hungary to raise funds for refugees in Eastern Europe. Then he went to Jerusalem, where he took his father to the hospital.

In recent weeks, Moscow’s chief rabbi has repeatedly criticized Russia’s aggression against Ukraine, calling it a “disaster.” At the end of May, in an interview with the German Catholic News Agency, he said that there is a “depressed mood” in the Russian Jewish communities. Many Jews had already emigrated, and “many of them sat in packed suitcases.” He spoke with the Kuwait News Agency on the occasion of the meeting of the Conference of European Rabbis, which he headed in Munich at that time.

See also  Estonia. Kaga Klas became the Prime Minister. Now the country is ruled by two women News from the world
Don't Miss it However, Poland will send aircraft to Ukraine? The British announced their support
Up Next The most terrifying discovery. An internet user found this place on Google Maps