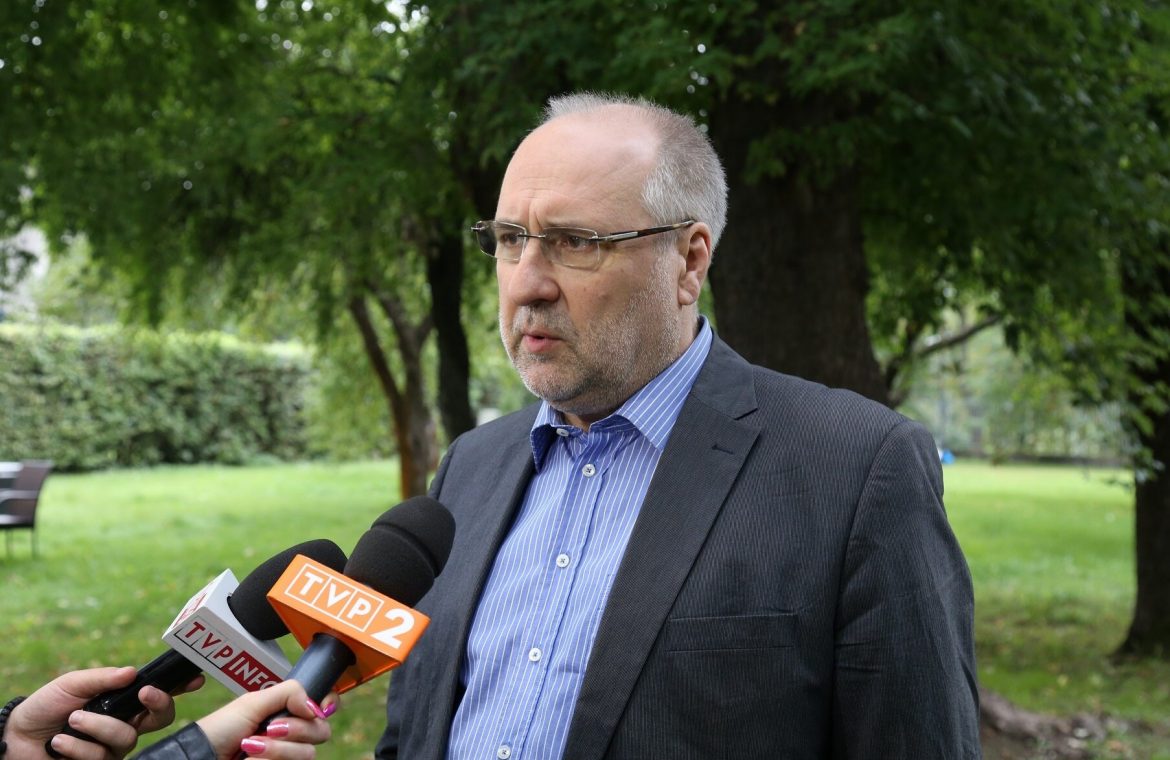 Grzygurz Doge: There does not seem to be any reassurance at all. There may not be situations as tough as the Capitol, but the United States is entering a time of civil unrest. However, this is not entirely new – changes in the United States have been a long-running process, and events in Washington were only culmination. There are economic, ethnic, demographic, and cultural shifts in the United States. It also appears that America will lose its position as the global hegemon to China. This confirms the election of Joe Biden as President of the United States, and at the same time it will accelerate the process.

First of all, it is unlikely that the Biden administration will seek to strengthen the United States’ position with regard to China, but rather a policy of reset and retreat. Second, the new administration will pay off its debts to the radical left.

Okay, so here we have the special commissioners back against LGBT?

It’s just a symbol, because the Donald Trump administration, which many people in Poland forget, has been pro-gay. On the other hand, with the new administration, political change will come in many areas, from extreme political correctness. What worries me is not Joe Biden, a classic politician older than the Democratic Party, but Vice President Kamala Harris. Her views are explicitly Marxist. There may be a very disturbing shift in Washington’s policy ahead of us here. On the one hand, there is the issue of the radicalism of Mrs. Harris herself, and on the other hand, of the radical left, the organizations of the Antifa type that also attacked the Democratic Party headquarters in Portland a few days ago. They will not hang their batons on the wall. From here Biden will clash with these organizations or he will have to turn left. And when that happens, it will in turn create frustration on the conservative side. There will be an escalation in social protests. Remember that many people in the United States have weapons, and they don’t necessarily have a sporting nature. So America is facing a time of very dangerous turmoil.

See also  For Biden, Germany is the mainstay of the United States in Europe

What does it mean to choose Joe Biden for Poland?

There are two concerns here. The first is that if America is shaken by serious social protests, it will be encouraged by other countries, not necessarily democracies, according to the rule – if the cat goes, the rats play. The second concerns the American policy towards our eastern neighbor, Russia.

However, many experts predict that such a reset as Obama will not happen?

However, please note that oil prices have already risen, and this is something that the Kremlin authorities are pleased with. Additionally, Biden has already suspended construction of a pipeline from Canada to the United States, which will also raise oil prices. For us, strengthening Russia’s position is a matter of concern, especially since the current Kremlin authorities at least are absolutely not interested in any cooperation with Poland. Poland is now facing a period of uncertainty. It is extremely worrying that Polish politicians do not know this. This is – although we cannot do much – we must try to present the real situation to American politicians. Meanwhile, Polish politicians are mainly trying to use Polish-American relations in the current political conflict in Poland. This is done mainly by the opposition, without realizing that once it takes power, it will be very difficult to do some things. I would like to call for the state’s approach to international politics, and not to make it a whip for dealing with domestic affairs.

Also read:
the father. the professor. Bortkiewicz: Is human civilization still, or is it a kind of simplification of thinking?

Don't Miss it Construction of the woonerf began in Sopot. It will be the largest in Poland
Up Next Fenyx Rising: A New God in the Trailer. Ubisoft promotes the story and encourages demos