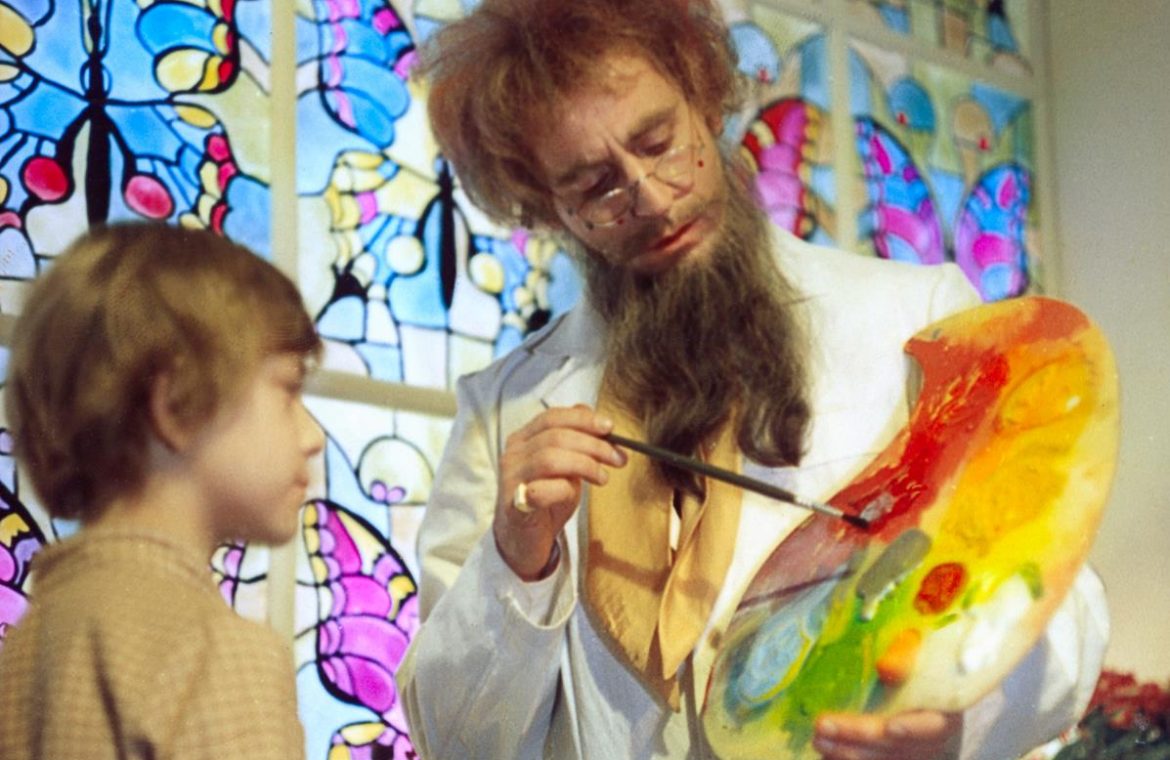 One of the most famous and oldest sections of the Polish Feature Film Festival is the series “Gdynia for Children”, organized by the Association of Polish Filmmakers in cooperation with the Pomeranian Film Foundation.

Music is the leitmotif of this year’s seventeenth edition, and the program includes more than twenty animated short tales and several feature-length films.

Performances by the youngest spectators at the 46th PFFFF will take place in the Chamber Hall of the Musical Theatre. A detailed program of performances “Gdynia for Children”, intended for organized groups – preschool children and primary school students – is available on the festival website: Link. Records apply.

Commenting on this year’s edition of the series “Gdynia for Children”, accompanied by the slogan “Welcome to our fairy tale”, was prepared by journalist and film critic, member of the Association of Polish Filmmakers, Jerzy Armata:

– This year’s edition of the “Gdynia for Children” section will focus on music, and the main roles will be played by the authors of the film – Andrzej Korzyński (“Akademia Pana Kleksa”), Krzesimir Dębski (“W pustymi i puszczy”) and Michał Lorenc (“Bird”). They will be accompanied, among other things, by the famous “Reksio composer” “Kwartecik” led by Jerzy “Duduś” Matuszkiewicz or “Bulander i the devil” joking to the music of Krzysztof Penderecki.

Polish film, also aimed at younger viewers, has always been accompanied by outstanding composers, both from the field of classical music, as well as jazz, rock and pop. The program for this year’s edition of “Gdynia for Children” includes films with music, incl. Krzysztof Panderecki, Jerzy “Dudu” Matuszkiewicz, Waldemar Kazanecki, Czesław Niemen, Marek Wilczyński, Andrzej Sikorowski. The main role will be played by the main trio: Krzesimir Dębski, Michał Lorenc and Andrzej Korzyński.

Dębski is a talented artist of the Renaissance, he plays classical music, as well as all kinds of this “frivolous” music: jazz, pop, rock, and even the so-called land of meekness. He writes, organizes, conducts, plays the violin, produces, records and gives concerts. He’s an unconventional character, starting with his name. Apparently, the parents, choosing the name Krzesimir, waited six months for the approval of the State Council on this matter (the composer kept in his archives a document allowing him to use this name, signed by Józef Cyrankiewicz). There are also…unexpected behaviours. As soon as he got up from the piano and went to the Six Thousand Mountain, to Kilimanjaro … In Gdynia, Gavin Hood’s adaptation of Gavin Hood “In Desert and Wilderness” (2001) will be shown on the soundtrack to the Sienkiewicz musical.

Lorenc successfully combines symphonic poetics with ethnic elements. He creates music that is very expressive, bursting with emotions, often very rhythmic and based on suggestive melodic motifs. He is a very diligent author and at the same time a very versatile composer, he collaborates not only with Polish composers, but also with directors from the Czech Republic, Great Britain and the United States. Apart from authorship, he writes… children’s books. You’ll hear his music during “Gdynia for Children” in Krystyna Krupska-Wysocka’s “Ptaszka” (1996), a touching story about a single man trying to combine raising three children with work.

Korzyński is undoubtedly one of the most versatile – and at the same time the most hard-working – Polish composers. He writes songs, compositions, ballet, radio, television, film and stage music. His films have featured more than 120 titles, and his songs appear in nearly 50 films and series. The most popular soundtrack for Polish film music is undoubtedly his music from “Akademia Pana Kleksa” by Krzysztof Gradowski (1983), with hits such as: “Welcome to our fairy tale”, “Duck freak” or “On the Bergamut Islands”. They will also be heard during this year’s “Gdynia for Children”, and a subsequent film of Gradovsky with Korzyński’s music will also be presented – “The Triumph of Mr. Kleks” (2001).

The films included in this year’s “Gdynia Children’s” review program share a certain element – a huge charge of positive energy, especially needed in these difficult and epidemic times. There was also a certain shade of sadness in him. In recent months, we’ve said goodbye to two young movie stars: On June 9 last year, Kristina Krupska-Wisuka, author of the memorable book “The Effects of Wearing a Hat in May” or “The Crane and Heron”, died, a year later – June 22 2021 – Krzysztof Gradowski, “father” of the film Kleksa. The above-mentioned films brought their creators many prestigious awards, but above all, young people – and not only – adored the audience. We therefore invite you to the Academy of Mrs. Krupska Wisuka and Mr. Gradovsky:

Welcome to our fairy tale, the elephant will play poop,

Pinocchio will sing to us, they will dance around the trees,

Because he is happier with you, we will go to the forest together,

And in the woods and oak forests, adventure is already hiding …

The 46th Polish Feature Film Festival will be held from 20-25 September 2021 in Gdynia.

Don't Miss it Przemysław Czarnek: The Polish school has been slightly damaged by distance learning
Up Next United Kingdom Britain resigns from the General Data Protection Regulation. These are big changes in privacy protection