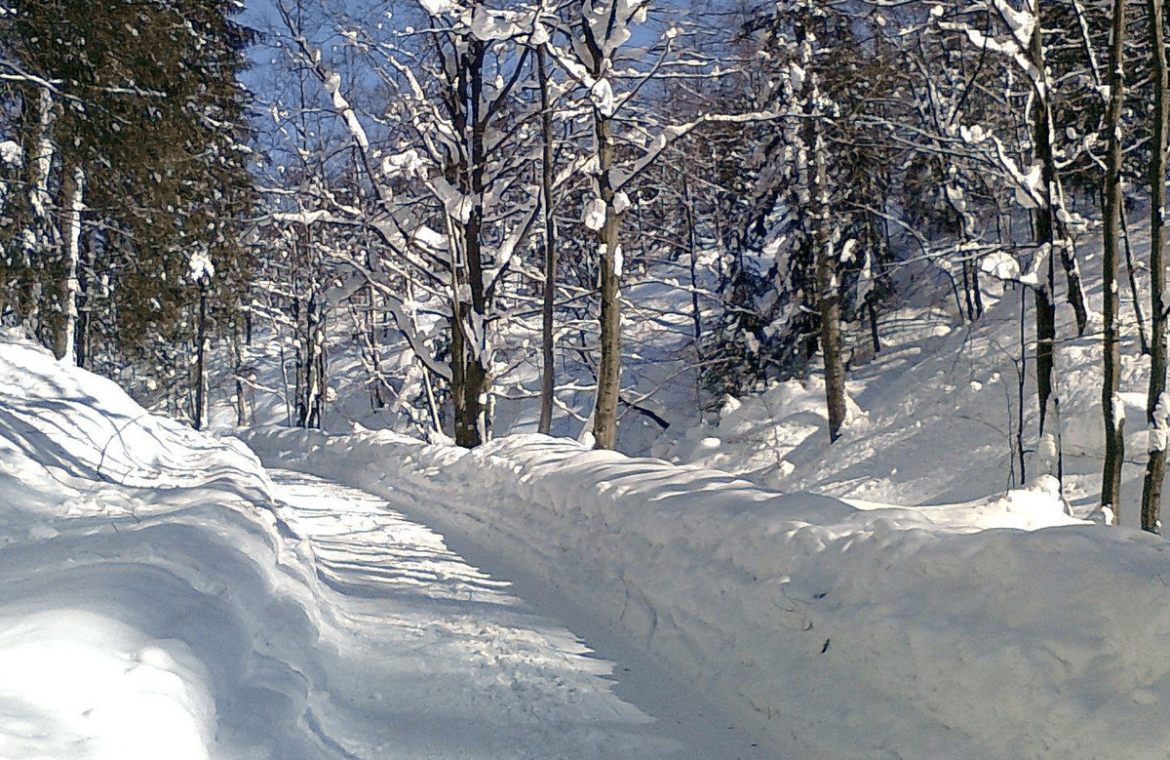 For many years, the first snowfall every year surprised me. But surprise isn’t the only sensation that comes with the first snowfall. The second is… Delight. For a very long time, every year. There is more joy than surprise, because I am a fan of the entire winter, and I am usually only surprised when it snows for the first time in a particular winter.

It was only possible to look inside the crystal when the X-rays were tamed. Then it turned out that in crystals, each atom (although sometimes molecules too) has a clearly defined position. They form a pattern. A water molecule is made up of two hydrogen atoms and an oxygen atom. In an ice crystal, they are grouped into six and arranged in a hexagonal shape. There is an oxygen atom at each of its vertices, and hydrogen atoms are aligned between them. These six small structures of water molecules are the smallest parts of a crystal. As the crystal grows, it swells into more hexagons. The following shapes stick to the previous ones, which means always keeping the hexagon shape. Reading this description, you might think that because all the unit cells in an ice crystal look the same (and they are), all snowflakes should look the same. And they don’t! The probability of two identical snowflakes is essentially zero. Because – and here’s another reason to be happy – it all starts with pollution. It could be a speck of dust, a small speck of sand, or pollen. If a snowflake is going to form on a high place, then the water molecules must stick to something. Without pollution, even at very low temperatures, water would not freeze (isn’t this a wonderful phenomenon?). But as soon as such pollution is detected, snowflake formation begins. First, it is the size of a few angstroms, or several ten-millionths of a millimeter. It grows very quickly, because the larger the structure, the easier it is for subsequent water molecules to stick to it. Hexagons get bigger and bigger. Their tops grow faster, because they protrude more, so the hexagonal shape turns into a six-pointed star.

Why is every petal different? Because no two types of pollen are the same that start everything. Because the speed and shape a snowflake gets is affected not only by temperature, but also by humidity and pressure. And the clouds inside are changing rapidly. Therefore, each crystal is formed under slightly different conditions. And until it dissolves, turning into a small drop of water (with “primitive” inclusions inside), it is like a diamond. Well, how, ladies and gentlemen, can you not be pleased? •

Don't Miss it Żużel: The Polish national team faced its opponents in the world championship
Up Next EA was planning to create an MMO around Harry Potter