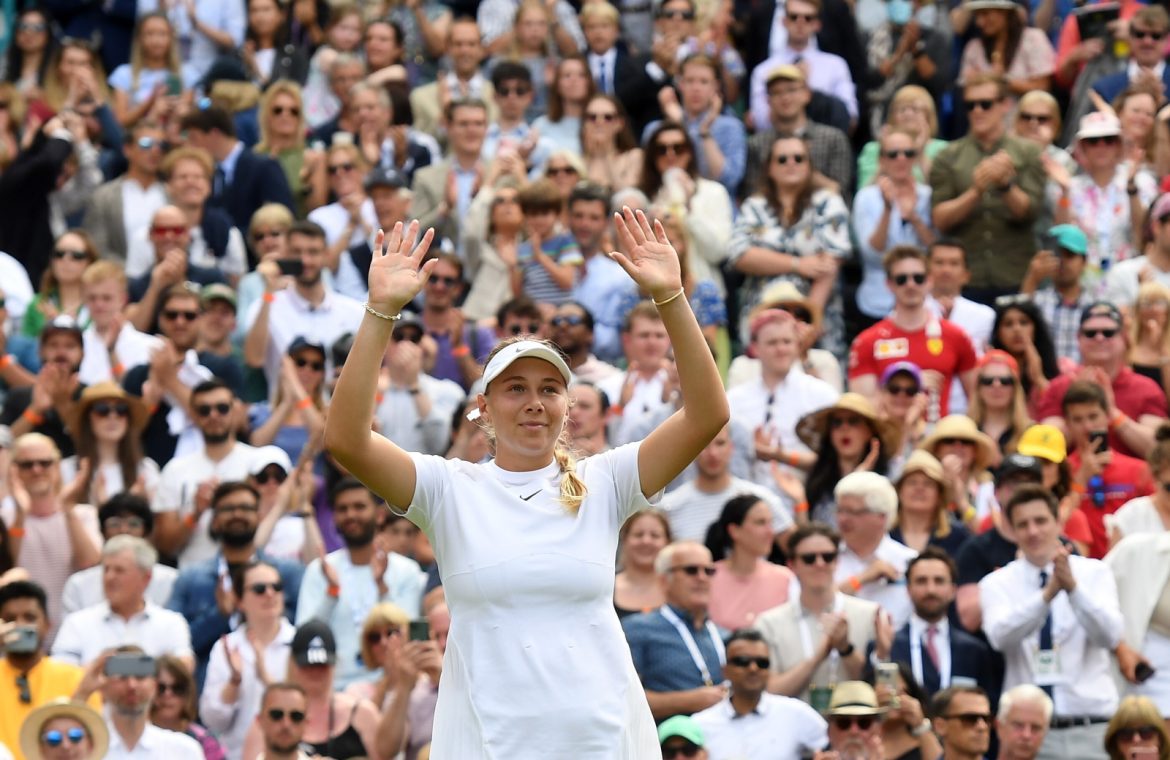 Coco Gauff ended her performance at the 2022 Wimbledon Grand Prix. A small surprise was Amanda Anisimova, who eliminated finalist Roland Garros in three sets. The brilliant career was continued by the Frenchman Harmony Tan.

Coco Gauff (WTA 12) did a great job at this year’s Roland Garros. In Paris, she reached her first Grand Slam final. You lost to Iga your lips in it. At Wimbledon, he will not repeat this feat. On Saturday, the American was knocked out in the third round after defeating 7:6 (4), 2:6, 1:6 with her compatriot Amanda Anisimova (WTA 25).

There were some fluctuations in the first group. Goff advanced 3-0 to score four goals in a row. She made herself into the tie break, scoring 1-4 in six straight games. Later, Anisimova excelled on the field, giving her opponent only two more matches of 2:1 in the second half.

Another contender for Anisimova will be Harmony Tan (WTA 115), who crushed 6:1, 6:1 Katie Poulter (WTA 118) in 51 minutes. The French won 53 of the 77 points they played. She used five of the ten break points and didn’t give her opponent any chance of breaking. She sent 16 finalists with only five non-forced fouls. The Briton had eight straight wins and 21 fouls.

On Thursday, Poulter knocked out Karolina Pliskova and reached the third round of a Grand Slam event for the first time. It was her ninth start in the competitions of this position (matches balance 7-9). In the championship opening, Serena Williams was eliminated from Tan after more than three hours of the marathon. The French reached the finals 1/8 from her debut at Wimbledon. In total, he made his seventh Grand Slam appearance and now has a 5-6 match record. After one match, she won the 2021 Roland Garros and the 2022 Australian Open.

The third round of the women’s singles match:

Read also:
What a battle! Another win for a Polish and a Brazilian
The favorite goes by storm. British success in life

Don't Miss it Xbox games with gold with a big change. Microsoft quits Xbox 360
Up Next The new headquarters of BWA Wrocław in the former assembly hall!