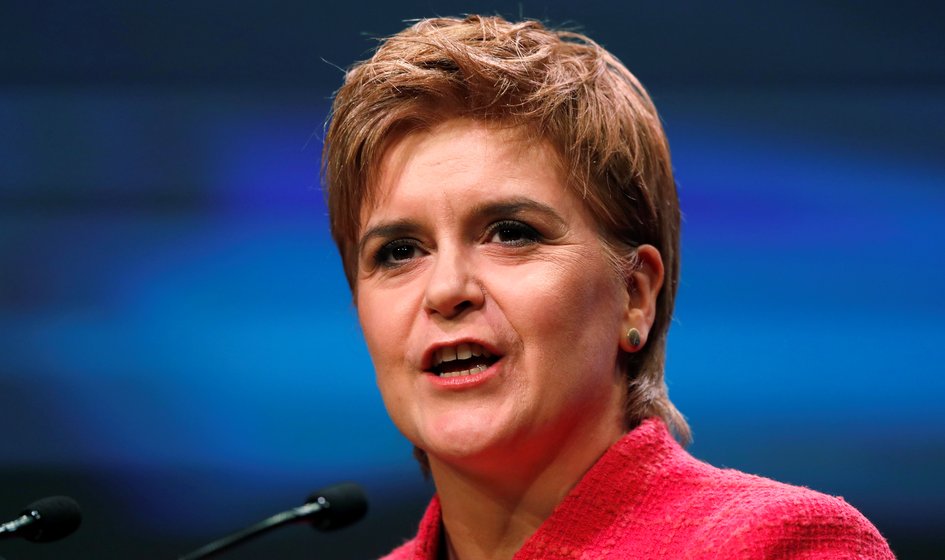 Scottish Prime Minister Nicola Sturgeon asked the British government on Monday “in the spirit of cooperation” to approve a new independence referendum.

“Democracy must – and will win -“, the ruling Scottish National Party (SNP) leader said in a speech at the end of the group’s annual conference, allowing the people of Scotland to once again vote on the country’s future.

“My approach to governance and politics will be as collaborative and not confrontational as possible. The experience of the pandemic and the challenges we face as a result confirm that this is the right approach. Yes, and in this spirit of cooperation I hope the Scottish and UK governments can come to an agreement – as we did in 2014 To allow the democratic wishes of the people of Scotland to be heard and respected,” said Sturgeon.

And it called for another referendum before the end of 2023 if the epidemic allows it. She argued: “The crisis is not over yet, but we will get through it. And then it will be time to think not of the past, but of Scotland’s future. To determine who should be responsible for that future.” She stressed that she had an “indisputable mandate” to hold a second independence referendum.

“The people of Scotland have the right to make that choice. The United Kingdom is, after all, a voluntary union of nations. Until recently, no one seriously questioned the right of the Scottish people to choose whether or not to become independent. Frankly, it was not the Westminster government that It has only six MPs in Scotland, who can decide our future without the consent of the people who live here. As an independent country, cooperation between Scotland and our friends will continue throughout the UK, but on better terms: Scotland will be an equal partner “- said Sturgeon.

On Sunday, delegates to the SNP conference overwhelmingly supported Sturgeon’s position that the goal is to hold a referendum by the end of 2023, but that it will not be announced until all restrictions related to the coronavirus pandemic are lifted.

Sturgeon argues that the mandate of the referendum is that the pro-independence parties – the Scottish National Party and the Scottish Green Party – have a clear majority in the Scottish Parliament. However, in the May elections, they obtained the same percentage of the votes of the opposition parties to independence. Supporters of Scotland’s secession from the United Kingdom have won only one of seven polls conducted since the election.

For the referendum to be effective, it must be approved by the government in London, but Prime Minister Boris Johnson is against it. He argues that the entire country should now focus on recovering from the pandemic, rather than addressing issues that are creating significant social divisions. The first referendum was agreed in 2014 with the British government. It was won by opponents of independence by 55:45 per cent.

Don't Miss it No more UK lockdowns? Boris Johnson to announce Covid-19 life plan
Up Next The Prime Minister of Canada wants to hit the anti-vaccines. Announcing a new law