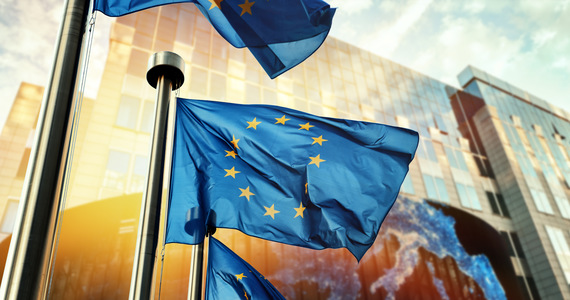 “The European Parliament expresses its strong solidarity with Lithuania, Poland and Latvia” regarding the situation on the borders with Belarus. However, at the same time, it “expresses concern about the lack of transparency on the Polish-Belarusian border” and calls on the Polish authorities to allow access to the region by the media and NGOs under the state of emergency and to cooperate with Frontex. These are the terms of the motion for a resolution on Belarus, signed by the four largest pro-democracy factions in the European Parliament: the European People’s Party, the Social Democrats (S&D), the Liberals (European Renewal), and the Green Party. There is no signature under this bill of European Conservatives and Reformists, to which the Law and Justice Party (EKR) belongs.

According to the findings of Katarzyna Szymanska-Borguignon, correspondent of RMF FM radio in Brussels. European Conservatives and Reformists withdrew at the last minute from negotiating a common text. Our journalist won a motion for a resolution entitled “The situation in Belarus after a year of persistent protests and their violent suppression.”

Since it is a decision of the 4 largest factions, it is likely that these provisions will be passed in this way, says RMF FM journalists in the European Parliament.

The battle will take place on the content of art. 17, which indirectly expresses criticism of the Polish authorities – calling for the entry of the media, NGOs and Frontex into the region under the state of emergency. In this article, the European Parliament “expresses concern about the lack of transparency at the Polish-Belarusian border and calls on the Polish authorities to ensure in a transparent manner that any legislation, policy or practice at the Polish-Belarus border is in line with EU law and secure access to the area at the border and community organizations Civil society, the media and working with Frontex to jointly address the ongoing crisis.” This sentence was proposed by the Social Democrats (S&D).

According to information provided by the RMF FM radio journalist, European Conservatives and Reformists, to which the Law and Justice Party belongs, withdrew from work on the resolution due to this paragraph. The journalist’s interlocutors were surprised by this situation, the more surprised the ECR faction, which already proposed a discussion and a decision on this issue last month.

In addition, the entire resolution is devoted to the situation in Belarus, and only 2-3 paragraphs indicate the situation at the border. So far, a very strong resolution – calling for further personal and economic sanctions, condemning the repression and hostilities by the Belarusian authorities against the Polish minority – No support from ECR, ie from PiS either.

ECR adjustment is not bad, but it is not enough to describe the situation – Announces the head of the PO-PSL delegation in the European People’s Party, Andrzej Halicki, Member of the European Parliament.

As always, a majority is needed in this matter. So I hope the EPP MPs will not hide their heads in the sand and support the resolution presented. We should show up and do something about the drama on the Polish-Belarusian border. When human rights and human life are at stake, we cannot be conservative – said RMF FM FM MEP Robert Biedroń of the Group of Social Democrats (S&D) and head of the European Parliament delegation in Belarus.

MEP for Law and Justice Anna Fotiga, who was negotiating the decision on behalf of the European Council of Resistance, announced that she would soon issue a statement on the matter.

Don't Miss it US President Joe Biden was invited to Warsaw. Kumoch about a possible meeting with Andrzej Duda
Up Next slag. Grand Prix 2022. We met five permanent wild cards!