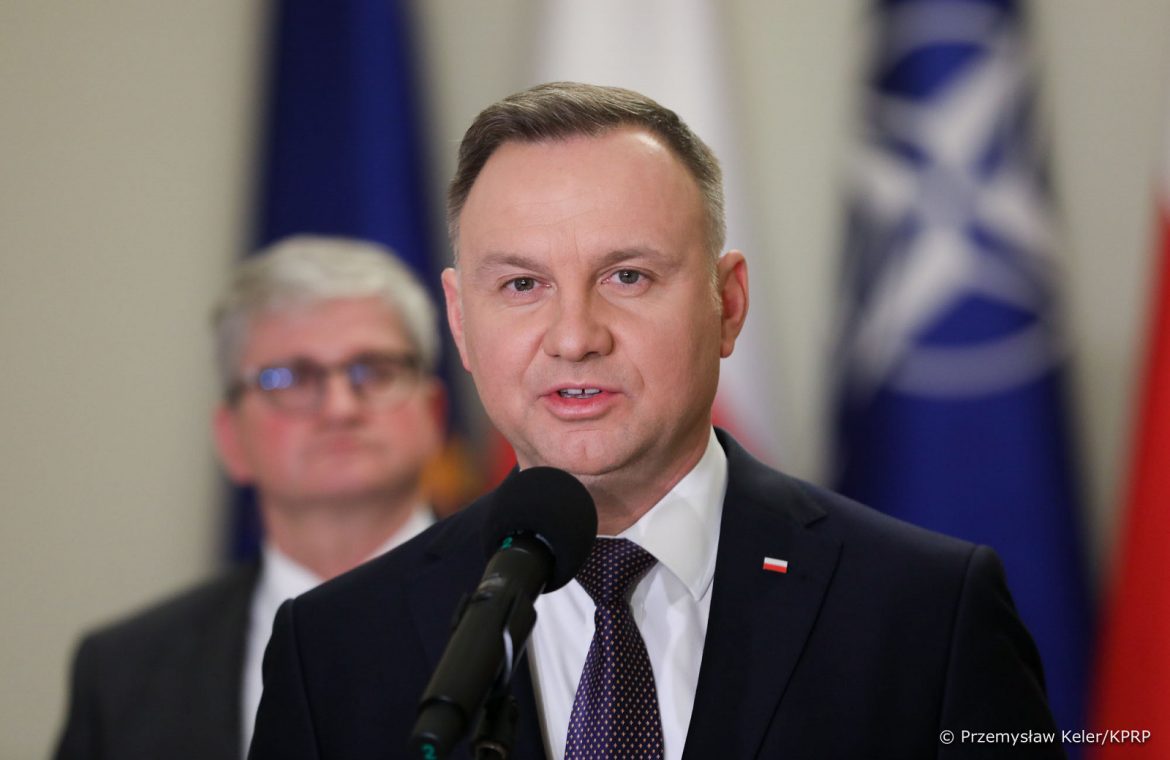 The meeting organized by the President of the United States, Mr. Joe Biden, has just ended.

I accepted the invitation to this meeting with satisfaction, because it must be said that it is very good that we represented the OSCE there not only as the one currently holding the presidency, but also, above all, as our own part of Europe, that is, the Central Region. Europe; We represented Ukraine’s immediate neighbors that belong to NATO – but we also represented countries generally in the immediate area of ​​NATO’s eastern flank.

I am glad that I participated in this meeting, because – after my meeting with President Volodymyr Zelensky, as you know, three days ago – this meeting was another stage of discussion on the current situation in the region and the security situation.

We discussed all the most important issues. I can say that each of the participants in the meeting spoke, some even spoke several times. We have, of course, talked about various scenarios and the possible actions that NATO and the EU should take if there is – I repeat: if there is – any act of aggression, whether it is against Ukraine or elsewhere.

These were the main topics of our conversation. As I said, the spectrum was wide, and it was not only about Ukraine, although – you know – looking at how the situation developed, which is also visible in the media, Ukraine was already the main topic. I do not hide, I narrated the content of my meeting and conversations with the President of Ukraine – this was the latest information.

In the coming days, I would like to share with you this knowledge and the picture of the situation – which is being created as a result of all these meetings and conversations that I have had recently – with the most important participants of the Polish political scene, and declare that I will convene the National Security Council. I want this meeting to take place on Friday, because after that we will also have consultations with our allies – I mean the Baltic states.

These consultations will take place this week and end on Thursday. And therefore, on Friday, I would like to give a full set of information so that the representatives of all the most important groups operating today in the parliamentary arena of our country have, as much as possible, complete information on the situation.

So I announce to my colleagues that such invitations will come from the Presidential Chancellery in the near future, and I hope that everyone will appear responsibly at this meeting to talk about security.

As I say – a complete picture of it is emerging; Consultations are underway between allies about what actions can be taken and the situation we are monitoring in various places.

But I want to stress one thing: the unity of NATO. There is currently no NATO participant that breaks with its solidarity with Ukraine, with the rest of the Alliance members. Art issue. 5 It was emphasized very clearly by the most important players in this security landscape, namely NATO.

As I say: All important and important information will also be provided to our Polish security structure so that everyone who works in the Polish political scene is aware of the possible international consequences, for example, what is happening in Poland – on our political scene – he says.

What will be the situation in the future? Nobody can predict it. I want to stress one thing: there is no indication that Poland is in danger at this point. Of course, as I said, the movements of the Russian forces and the activities of the Russian political and media scene are monitored – and everyone can see them. But it’s all happening on the other side right now.

No – I want to stress this very strongly, because I know there is a lot of anxiety – there is no obvious and visible danger to us. This discussion was wide-ranging, and dealt not only with military security, but also with energy security – for example the question of gas and its supplies, and the prices of gas scattered throughout Europe. Of course, this is all related to the situation we are observing.

See also  COVID News Live - UK latest update: Travel to Europe may be banned after January 1 due to COVID rules - as London Mayor says Level 3 is not inevitable | UK News

It’s a very complex mechanism, and it requires serious political dialogue, and hence my decisions to consult within the National Security Council.

It may be of use to you


The President: It is safe to talk about NATO unity

Don't Miss it Much remains to be done to ensure Ukraine wins and Putin defeats.
Up Next Kyiv. Boris Johnson and Volodymyr Zelensky met in the capital of Ukraine