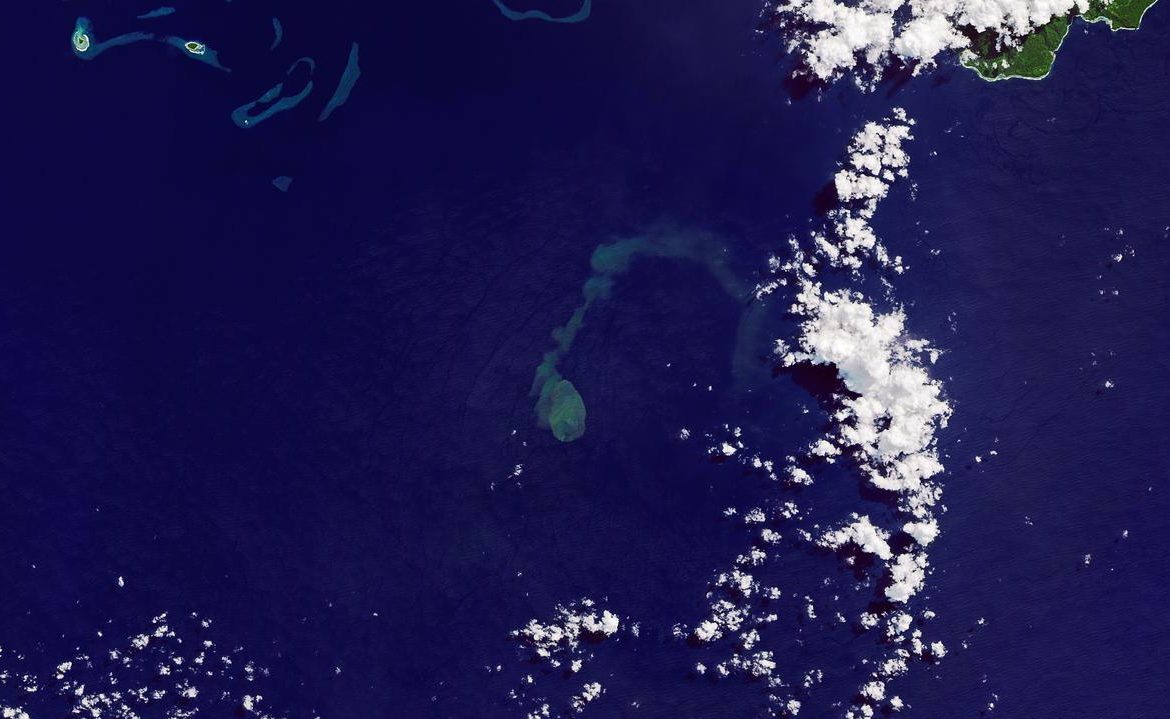 The underwater volcano Kavachi erupted near the Solomon Islands. Satellite images provided by NASA show colored clumps of dust and ash in the water. Previous studies have shown that the crater is inhabited by two species of sharks.

Kavachi volcano near the Solomon Islands is one of the most active marine volcanoes in the Pacific Ocean. According to the US Global Volcanology Program, the volcano erupted in October 2021. Satellite images from several days in April and May 2022 show the colorful water around the volcano. This means that the volcano has erupted.

The image was obtained from the Landsat 9 satellite NASA It depicts an underwater plume emerging from a volcano about 24 kilometers south of Fangono Island.

Previous studies have shown that these blocks of very hot acidic water usually contain solid particles and fragments of igneous rock and sulfur. A 2015 scientific expedition around the volcano revealed that the sunken crater was inhabited by two species of sharks, including hammerhead sharks. Their presence has raised “new questions about the ecology of active underwater volcanoes and the harsh environments in which large marine animals can live.”

In addition to sharks, scientists have also found communities of microbes that thrive in the crater of a volcano thanks to sulfur.

Scientists were surprised by the sharks in the acidic hot waters around the underwater volcano Kavachi: http://t.co/QnUkrdK4Po. pic.twitter.com/KR1SJnwRx1

The last major eruptions of Kavachi volcano were observed in 2007 and 2014. Since it first erupted in 1939, Kavachi has created non-permanent islands several times. Many of them were up to one kilometer long and gradually eroded away. According to recent calculations, the summit of the volcano is located at a depth of 20 meters below sea level and the depth of its base is 1.2 kilometers.

Kavachi was established in a tectonically active region. The volcano produces different types of lava – from magnesium and iron-rich basalt to andesite, which contains more silica. They are known for volcanic eruptions, in which, as a result of the interaction of magma and water, violent emissions of steam, ash and fragments of volcanic rocks occur.

Don't Miss it Ukraine, Russian aggression. The Russians are preparing for a provocation near Snake Island – Ukrainian leadership
Up Next Effective language learning using different media