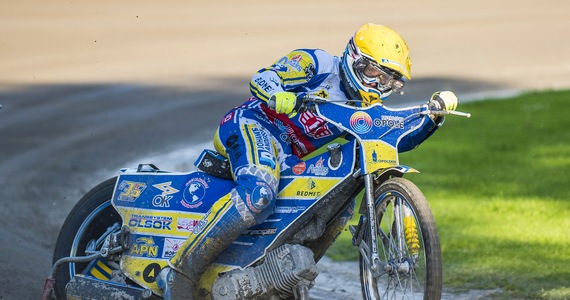 A few days ago we were happy to meet in Manchester, which gave us almost everything possible on the motorway. We got an equally good show on Thursday, if not better. For 2 hours with a penny we got a really good piece of the highway. There were so many passes that we stopped counting after the first series of starts, and the color of the entire event was added by the many fans gathered in the stands. In short – the ultimate dream!

The first phase of the match heralded an equal duel. Quite unexpectedly, in the first five installments, guests were minimal. But Belle Vue Aces’ joy was short-lived. Already in the second series of starts, the Peterborough Panthers party began, which ended at about 23:00, the moment when they officially took the gold medals for the British team championship. The hosts’ dominance is evidenced by the fact that they have lost only one race since the fifth round.

Competition is as boring as tripe in oil – the average fan who reads the post-match report will think. If you look at the dry numbers, you can come to such conclusions. However, a lot happened on the right track. Especially in the thirteenth heat, half the field went crazy and didn’t know what a five was. All thanks to Daniel Bewley who conjured up the race of the season again and in less than two laps made his way from last to the front of the group, ahead of the host duo seeking a double win in the National Championship. In the end, the title was sealed in the next race, which was a formality given the fencing track.

The real Peterborough Panthers champion turned out Thursday night to be Michael Palm Toft. The Dane broke two fingers of his hand a few days ago, and his participation in the final tiebreak was a big question mark. The 31-year-old, despite the enormous risks, decided to fight the pain. Not only did he win it and leave the game to the end, but with 12 points as a bonus, he turned out to be one of the local leaders and thus led his team to historic success.

Tears of joy from the last race also flowed from Bjarne Pedersen’s eyes. Hamlet’s country representative appeared in the last meeting in his career. The former participant in the Grand Prix finished it in the best possible way, because, receiving the gold medal, he left the stage as “undefeated.”

Among the hosts, Craig Cook, Scott Nichols, Chris Harris and Jordan Palin contributed most to the impressive 51:39 victory. You can’t blame the guests on Daniel Bewley and Tom Brennan. The second of them will soon compete with Poland in the Speedway of Nations final.

Today’s number? 38! It’s not a low-grade fever for someone with the flu, but the average age of all the elderly, newly crowned Great Britain champions, who presented themselves to fans in the stands on Thursday. As we can see, life is never late for anything. Perhaps nothing like this will happen on the global highway again soon, which makes us bow our heads even more.