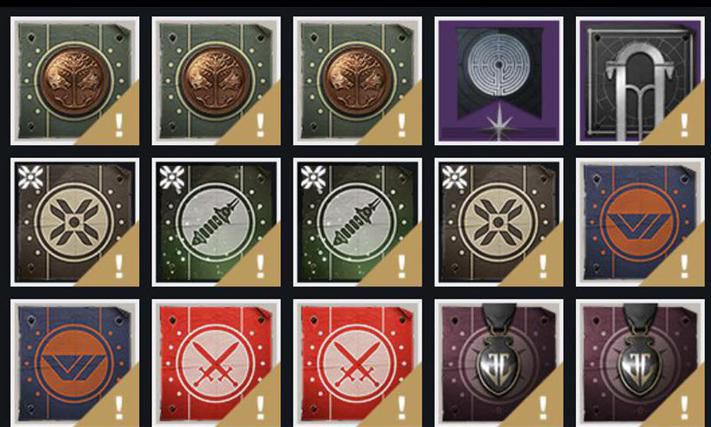 We’re fine now less than a month Until the launch of Destiny 2’s next expansion, Beyond Light and Bungie still had to answer some questions that people keep asking: What’s going on with XP and the rewards? Should we bother accumulating the rewards now, or will they be wiped out when the new expansion strikes?

At this point, I am calling it.

I don’t think Bungie would do anything drastic like clearing bonuses upon launching Beyond Light, regardless of other changes that might be made.

However, they are already taking the least Some Measures to ensure that bounty hoarding is not a precondition for a raid race, for example. A) The raid won’t appear until a week and a half after Beyond Light arrives, which means any semi-custom player will likely reach Contest mode by then. B) Artifact strength is inactive for raid racing, so all the XP rewards you get not only increase your lighting level.

However, there are some potential benefits that reward hoarding provides. If the artifact strength is still there, I assume the same mod system as last year is still in place.

So, if true, you might still want enough XP to reach higher levels of artifacts before the raid, or as soon as possible to get regular content if you’re not racing. While we say, The Darkness Darkness may not last for two consecutive seasons, you can imagine that there is something akin to darkness in the last few levels of artifacts this season, and that is the kind of thing that you want to get into. Perhaps some unique recession-based seasonal adjustments.

Bungee Act Talk about potential changes to grants Way back in May of 2020. Here is what they said next:

Grants should focus on being an optional way to improve basic progression faster or more, such as XP or powerful hardware via challenges. When it comes to optimization, we realize that there is a very blurry line between “optional” and “mandatory,” and there is no balance Perfect for everyone, but we think the balance is tilted a lot towards feeling the need to provide rewards to unlock seasonal content, so we’ll do this for a tilt-back. “

But again, we don’t know what that means specifically because we’re just a few weeks away from Beyond Light and this hasn’t been addressed yet. This could mean making changes to the aforementioned gadget, or forging your way through the battle aisle that unlocks specific seasonal milestones that translate into perks or loot of value throughout the season. There is also a possibility to get a few strong drops immediately if the weekly 8 Reward Challenges continues to apply.

I find it odd to talk about this all spring, and here we are weeks after launch and it hasn’t appeared again. I also wonder how, if at all, XP would unlock Stasis abilities, or if that would just happen by following the campaign. I also wonder if making the rewards seem less “obligatory” could be something as simple as increasing XP gains to complete the actual activity.

My big conclusion from this is that there’s really no reason to pile up a metric ton of rewards as some have been doing as part of the raid race in past expansions. Bungie says its importance has diminished, but even if we don’t know the details there, the artifact strength alone doesn’t matter for the raid is very key. I mean, I don’t think it can Wound To stack the rewards scattered before the Beyond Light, regardless of the changes, it looks like artifacts and battle pass will still need XP to progress, but if there are major changes in the system, I think that’s something Bungie needs to talk about sooner rather than later, as people are starting to compose rewards Now completed instead of handing them over for an arrival season rating of 200, 300 or 600. But no, I don’t think they’d do anything drastic like wiping them in between seasons.

Stay tuned for more information on all this and we hope you will soon.