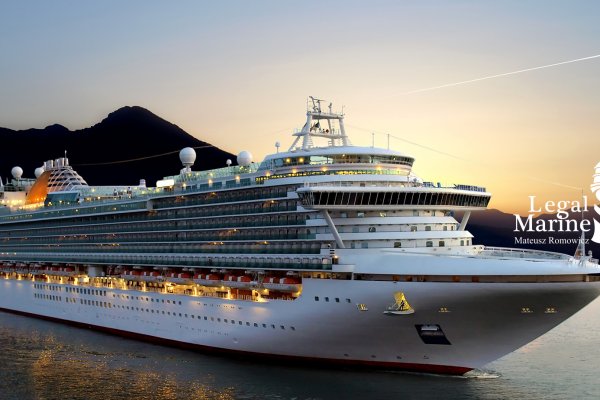 According to information obtained by the law firm on November 16, 2020, it follows that the United States has not ratified the new double taxation avoidance agreement with Poland. Everything indicates that the new tax agreement between Poland and the United States will not be ratified by the end of 2020, which will have favorable tax effects on Polish seafarers in 2021.

“Determine” the cancellation allowance for seafarers from 2021, and work for a US ship owner

Due to the fact that the Polish legislator plans to significantly reduce the right to cancel the exemption for seafarers, and in fact abolish it (including for overseas workers), many questions have been raised about whether these changes have an impact on the tax status of people working for American shipowners.

It must be remembered that the aforementioned planned changes are currently in the business phase of the Senate and it is not known whether they will actually take effect in Poland as of 01/01/2021. If this happens, however, it must be emphasized that the aforementioned changes in the tax code did not affect the status of Polish seafarers employed by American shipowners in 2021. These taxpayers do not benefit from an exemption from cancellation anyway, because their income from employment Ships managed in the aforementioned model are tax exempt in Poland based on the regulations of the tax treaty between Poland and the United States since the 1970s.

Sailors exempt and work for a US shipowner in 2021

Given the fact that as of 01/01/2020 in Poland there is an exemption from comprehensive income tax for seafarers, it must be noted that these provisions will not apply to Polish seafarers working with American shipowners, since their income will be tax-exempt in Poland anyway. , Based on the Agreement between the Government of the People’s Republic of Poland and the Government of the United States of America on the Avoidance of Double Taxation and the Prevention of Tax Evasion in Relation to Income Taxes, signed in Washington on October 8, 1974 (Journal of Laws 1976 No. 31, Item 178).

MLI agreement and new agreement with the United States of America

It must be remembered that as of the date of publication of this article, the United States has not signed the MLI Agreement, and therefore it will not apply to the Double Taxation Treaty between Poland and the USA.

Tax status for Polish seafarers in 2021

According to art. 16 of the Agreement between the Government of the People’s Republic of Poland and the Government of the United States of America Concerning the Avoidance of Double Taxation and the Prevention of Tax Evasion in Relation to Taxes on Income, signed in Washington on October 8, 1974 (Journal of Laws 1976 No. 31, Section 178), remuneration received for work or Personal services as an employee on board a ship in international transport operated in international transport by a resident of one of the Contracting States must be exempt from taxation by another Contracting State, if that natural person is a member of the ship’s regular crew.

As a result of the foregoing, the wage for a sailor’s work with tax residency in Poland, who in 2021 will receive a marine vessel operated by a company with its registered office or place of residence in the territory of the United States, will more than likely be exempt from income tax in Poland.

It must be emphasized that these regulations have tax consequences beneficial to the Polish seafarer, because, based on the aforementioned regulations, he is not obligated to declare in Poland the sums obtained from the contract of employment on marine vessels operated by an American company. It must be remembered that sailors working for the benefit of American shipowners must have the appropriate documents, which, if requested by the Polish tax authorities, will clearly define the operating entity of the unit in which the work is performed by the taxpayer.

In passing, it must be made clear that changes to the system do not change the name of the legal proceedings, hence the reference to the People’s Republic of Poland in the aforementioned legal act.

What will be the tax consequences of the new agreement between Poland and the United States and when will it enter into force?

Under the new agreement, wages and salaries earned by a resident of a Contracting State in connection with the performance of a position on board a vessel operating in international traffic as a member of the crew of a cruise ship, shall be taxed only in that state. As can be seen from the above, the new agreement between Poland and the United States of America, which is not in effect today, refers to the imposition of taxes on the aforementioned. Income based on the sailor’s residence.

As a result of the foregoing, the income obtained by a sailor residing in Poland will be taxed in Poland in accordance with the general principles without the possibility of using the cancellation allowance, which in turn will lead to the obligation to declare the above-mentioned amounts in Poland by filing PIT-36. Moreover, after ratification of the foregoing under the agreement, seafarers with Polish tax residency will be obligated to pay monthly advances towards PIT in the amount of 17% in connection with earning income from contract work of US shipowners.

In conclusion, sailors with Polish tax residency and those earning income from work for US shipowners in the 2021 tax year will likely continue to be covered by the positive provisions of the agreement between the government of the People’s Republic of Poland and the United States government. America on the Avoidance of Double Taxation and the Prevention of Tax Evasion in the Field of Income Taxes, signed in Washington on October 8, 1974 (Journal of Laws of 1976 Issue 31, Section 178), which will result in no taxation From the above mentioned income in Poland in 2021.

On the possible progress in the ratification of the aforementioned, we will keep you informed of the new tax agreement between Poland and the United States of America.

Don't Miss it Fire Wagons | TEMI.pl – censorship-free zone
Up Next Nvidia Resizable BAR is here. Games liquidity will increase by 10%. On the RTX 3000