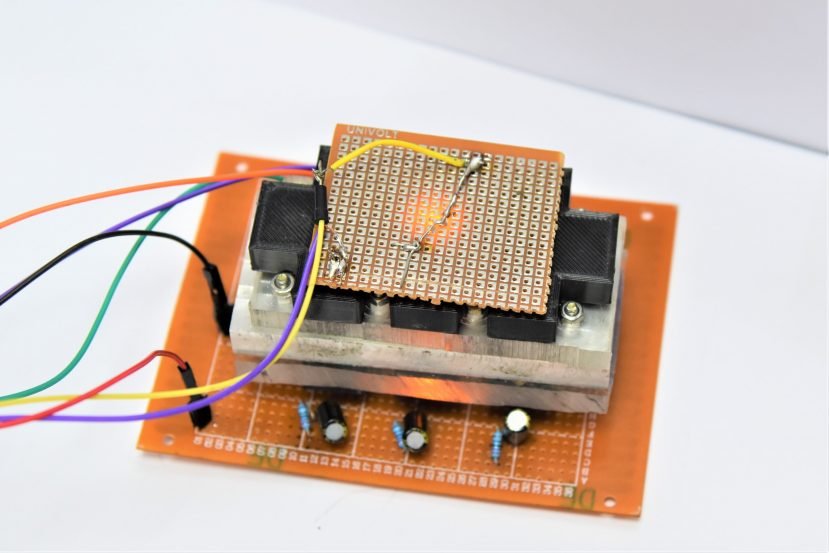 Conducting science experiments outside of Earth is always a problem. Now it can be much easier thanks to an unusual modular device – a new type of chip lab.

Researchers from the Indian Institute of Science (IISc) and the Indian Space Research Organization (ISRO) have discovered a way to improve the conduct of microbiology experiments in space. They have developed a device that can be used to activate and track the growth of bacteria Sporosarcina pasteurii for several days with minimal human involvement. Described in detail in astronautics law.

Scientists have long tried to understand how terrestrial microorganisms behave outside Earth. This can help assess the chances of finding them on other planets, but also indicate places on Earth that we should explore (extremes). In recent years, scientists are increasingly turning to lab-on-a-chip, i.e. miniature analytical devices, ranging in size from a few millimeters to several square centimeters, allowing experiments to be reproduced under strictly controlled conditions. Designing them for extraterrestrial applications comes with additional challenges.

It must be completely self-sufficient. Furthermore, you cannot expect the same working conditions as in a normal lab environment, nor can you have something that draws 500 watts of power.

Kaushik Viswanathan, one of the study’s authors

The device, developed by the IISc and ISRO team, combines LEDs with a photodiode sensor to monitor bacterial growth by measuring optical density, similar to spectrophotometers used in a laboratory. It also has separate compartments for different experiences. Each consists of a chamber in which bacteria (in the form of spores) are separated from the nutrient solution. After pressing the appropriate button, they communicate with each other, which begins the course of the experiment. Three chambers consume less than 1 watt of power.

The researchers expect the spacecraft to hold four such cartridges, along with three chambers, capable of performing 12 independent experiments. They perfectly resist any changes of direction in space.

It is an unconventional environment for bacteria to grow. It is completely airtight and has a very compact size. We had to check to see if we could get consistent growth results for this size. We also had to make sure that the LED on and off didn’t generate too much heat, which could alter the bacteria’s growth characteristics.

the professor. Alok Kumar, one of the study’s authors

Scientists argue that the device can be easily adapted to the study of other organisms, as well as to non-biological experiments. It is an excellent platform for further modifications.

See also  Free learning to fly drones for university students
Don't Miss it Games for people with special needs. The closing ceremony is behind us. Tokyo 2020
Up Next UK Johnson: 311 Afghans left eligible…