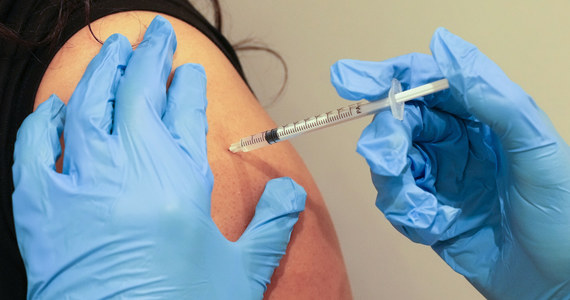 NTV states that there are non-responders who, even after the two vaccinations, did not develop any or sufficient antibodies to SARS-CoV-2. However, it turned out that in this group of patients, in the vast majority of cases, after the third vaccination, very good protection from the vaccine is developed. Scientists came to this conclusion in a new study conducted by the German Center for Immunotherapy in the Clinic for Rheumatology and Immunology in Erlangen, to which the station refers.

So-called non-responders, that is, patients who did not elicit an immune response after the two vaccinations, received the third dose. “We have already shown in a previous study that patients with autoimmune diseases are much more likely than healthy individuals to lack adequate immune protection after two coronavirus vaccines,” study leader David Simon said in a press release from the Erlangen Clinic.

In a study conducted by the German Immunotherapy Center, one in ten patients with autoimmune diseases did not respond adequately to the vaccine. In healthy people, only one in 100 did not develop adequate immune protection after the two vaccinations. NTV added that by performing tests to check antibody responses after vaccination, all patients who had not developed an adequate immune response to the vaccine were selected in the spring. These were primarily people with autoimmune diseases such as arthritis. Affected people received their third vaccination early in the summer of 2021, the first of its kind.

Citing the results of research by scientists in Erlangen, the station wrote that the vast majority of people who failed the first two vaccines developed a strong immune response after the third vaccine.

The researchers stress that the results of the study show how important the third vaccination is, because the status of “full vaccination” after the two vaccinations does not apply to all people. Especially in patients with autoimmune diseases, a lack of immune response after two doses of the vaccine is not uncommon, they note. Therefore, they recommend that this group of people be tested for their immune status after vaccination in order to detect vaccination failure early and prevent disease.

Moreover, “vaccination and disease” is possible, the researchers note, citing NTV. They noted the need to distinguish between primary vaccination failure, in which two doses of the vaccine do not produce sufficient antibodies, and the gradual loss of response to the vaccine. According to the assessment of scientists, autoimmune diseases favor these two phenomena. Therefore, patients with such diseases benefit from the third rapid vaccination, according to the NTV portal.

“Events”: new restrictions with the version of the Omikron . variant
polsat news

See also  Germany: measuring the country again - events on INTERIA.PL
Don't Miss it Used Citroën Ami 6 Break from 1969 for sale for a record amount in the USA
Up Next DNA as a data carrier – Microsoft is leading the way