Scarlet Nexus is called “Brain punk” by the creators themselves.. This is related to the theme that is covered throughout the story, but it also translates to the artistic style of the game. People who previously worked in such series like Tales…Or when it comes to single player games – Code Vein. In the game components you can find some common elements with the mentioned titles, but Bandai Namco’s latest innovation has its own identity and style. But how does it all go? You can read about it in the review.

Welcome to OSF. Take a break now because you start tomorrow

As I wrote at the beginning of the review, Scarlet Nexus It says a lot about brains. In the world presented in the game, this is the main theme. Society is divided into “common people” and those whose brains show tremendous power. If the latter is traced, then go to the OSF – a specific defense department against others (others are in English). It is a kind of alien invader that came after certain major events of mankind. I don’t want to write much here because The plot and discovering new nuances is fun in itself.

Suffice it to say that the script is so attractive that you want to learn about new threads. It’s not a champion level, but it’s good enough. There is also an interesting concept (such as government-imposed censorship that affects what residents can see) and A group of special characters. Each of them is unique, which we can see not only thanks to the main plot – opportunities for this appear mainly during visits to the bunker, where we can participate in events that strengthen the bond between the protagonist and characters.

The above bond is also strengthened by giving them gifts or using their power during combat – however, this will be discussed later in the review. Although there is some kind of social connection here – there is no point in relying on the finale of Persona 5, since even after many hours of dialogue we can connect with the character. The deepening of relations directly affects the gameplay and the acquisition of new opportunities in combat. However, it is worth participating in these additional topics, because there are many interesting or even funny situations here.

Another important thing about the plot is the fact that We have two characters at our disposal. The choice is made at the beginning of the adventure and involves more than just changing an avatar. Each character has its own story, and to get to know the whole story, it is necessary to complete the game with two characters. This way, we will watch new story scenes and visit other places. So it is worth completing the game twice, which is helped by the EX New Game mode – the equivalent of New Game +, in which the level of the character, the items you own and the like are transferred. 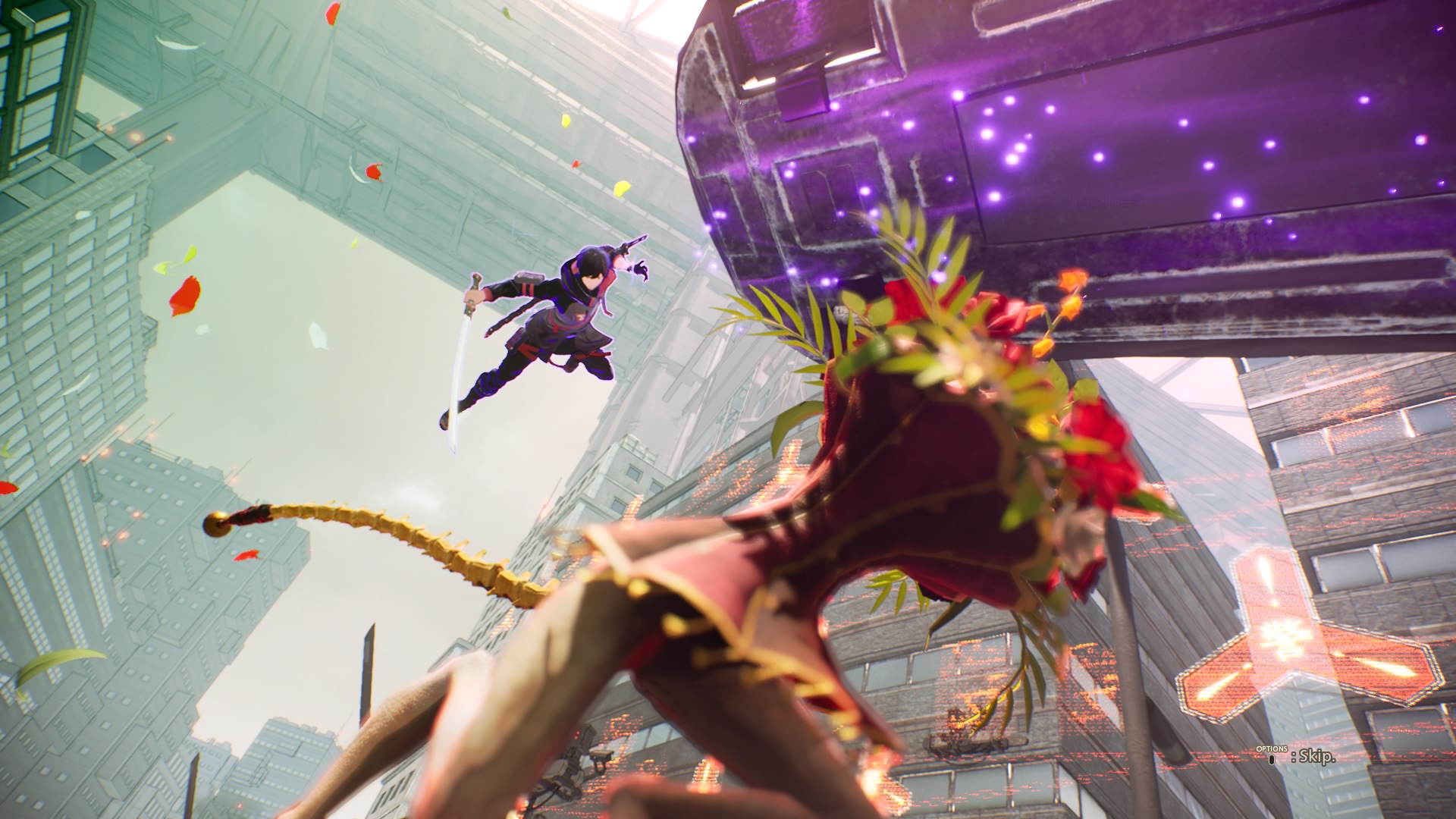 stay on plot Scarlet NexusFor the sake of this review, I have to mention that the first thing that caught my eye was A large number of still scenes. I have to admit it offended me a bit, especially when it came to the action scenes. I got used to it over time, but I definitely prefer these scenes to be fully animated, especially since I love these cool acrobatics by Japanese artists. The situation is so strange that sometimes completely similar scenes are animated.

The second thing that stands out is the artistic style. As you can see, the characters are a thing for anime lovers. In this regard, it is typical and correct. The surroundings stand out a bit, but not always either. Artists only showed more in later stages. There have been many sites where I have admired their craftsmanship, although I wouldn’t over-improve it as something too complicated. However, it’s a good idea to find a location where it rains for a change – just one example.

The game also looks great during combat, although of course this is not the level of the biggest hits like Final Fantasy VII Remake or even Kingdom Hearts III. The colors hit the sense of taste – once cold and faint, the next moment they became neon. With all this, there were also interesting effects when using new powers and ending opponents in the animation characteristic of Japanese action.

I also appreciate the music, but I won’t hide that I had to get used to it a bit. The slightly sad look on the main menu makes me feel good, but during a visit to the city with OSF, the atmosphere changed a bit and I didn’t immediately appreciate the suggested songs. However, it works better in the following locations, especially during boss fights, where we deal with a mix of guitar sounds, dubstep and all the electronics. The music is so good that I enjoyed listening to it outside the game too. 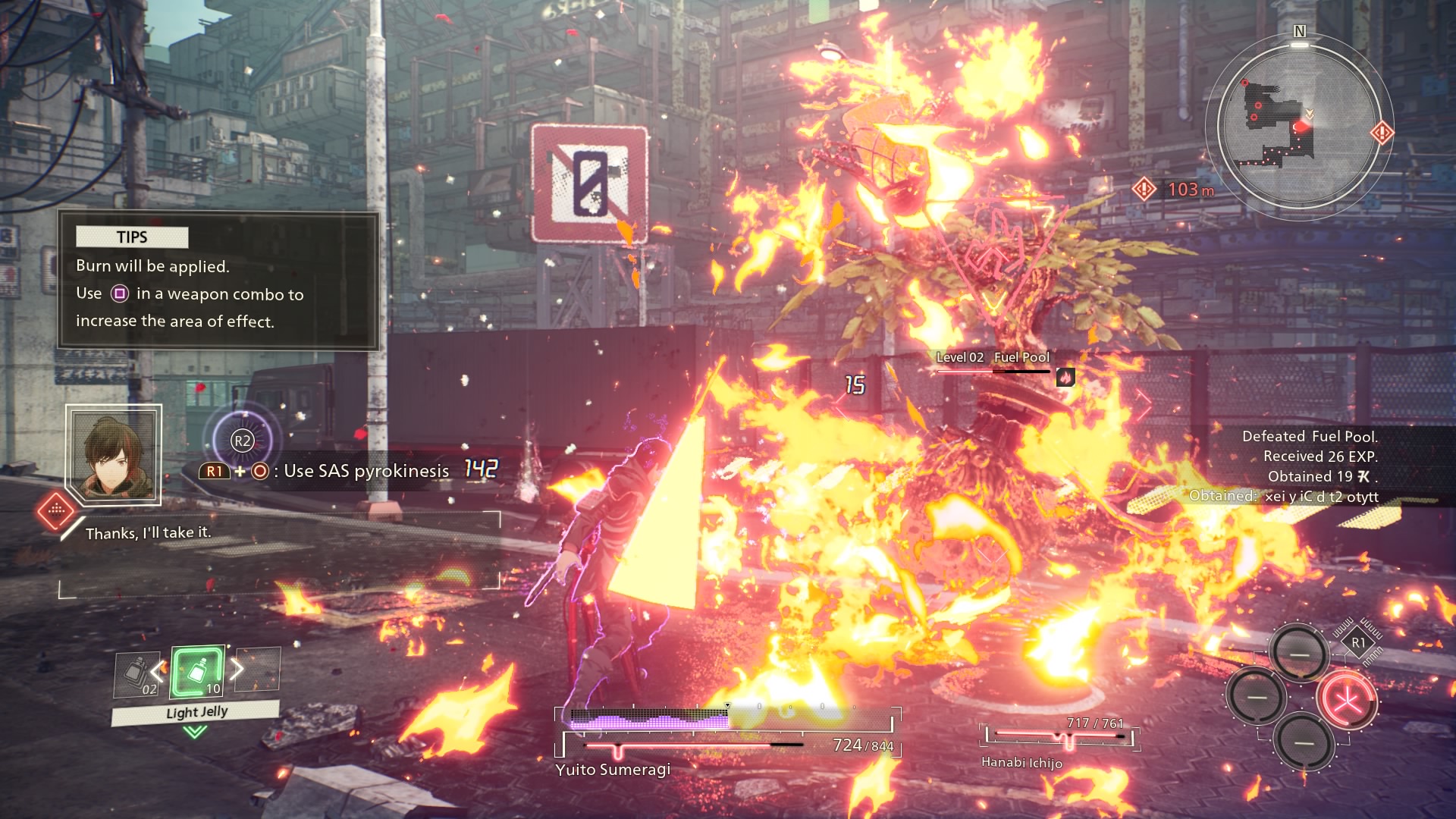 combat system Scarlet Nexus We can taste thanks to the trial version. Unfortunately, it’s not perfect here. If you rely on the production level of Platinum Games, you may be a bit disappointed. The reviewed production was not created by real masters (or at least that is indicated by the end result), so the combat system leaves something to be desired. I had the biggest problem with the character’s behavior in some situations. Often after executing an attack, dodge, and subsequent hits, I wasn’t able to change the direction the character was facing – which was weird too, because I used the targeting system.

There was also no possibility to immediately cancel the dodge attack, which annoys you even on the normal difficulty level and in times when we are fighting a bigger opponent accompanied by many smaller opponents. It is also inconvenient to use quick-to-use items – although the problem appears only during longer and more difficult battles, when during work we have to fight through new items that we do not need at the moment. There was no option to expand the list of items and find them faster.

Switching between goals is not entirely convenient مريحBecause to do that we have to hold down one button and then use the appropriate analog stick. It is very good that the keys can be assigned to each other freely. However, this does not change the fact that even if it does not bother you at first, it may start to annoy the final stages, which are also the most demanding. I finished the game at the normal level and there were a few situations where I almost switched to a lower level. For those interested: The difficulty level can be changed at any time, except for scenesSo you don’t have to worry about choosing wrong and falling somewhere.

Despite some shortcomings, the combat system is interesting and grows well throughout the game. We learn the basics in the tutorial, but as the story progresses, there are many new possibilities. Earlier in the review, I mentioned using the powers of our companions. The whole thing is that for a limited time we can, for example, see invisible things, spice up our fire attacks, or use teleportation. In the beginning, we can only use one force at a time, but over time, the creators allow us to combine them with each other, and this is the key to success in some battles.

So there is no slack in any way. The creators gradually and sequentially give us new mechanics that we will use not only during combat, but also during exploration. In addition, there is a comprehensive development tree, in which we will expand the skills of our heroes. It is a pity that the camera did not perform better and there were options that affected its behavior – or, for example, the distance. 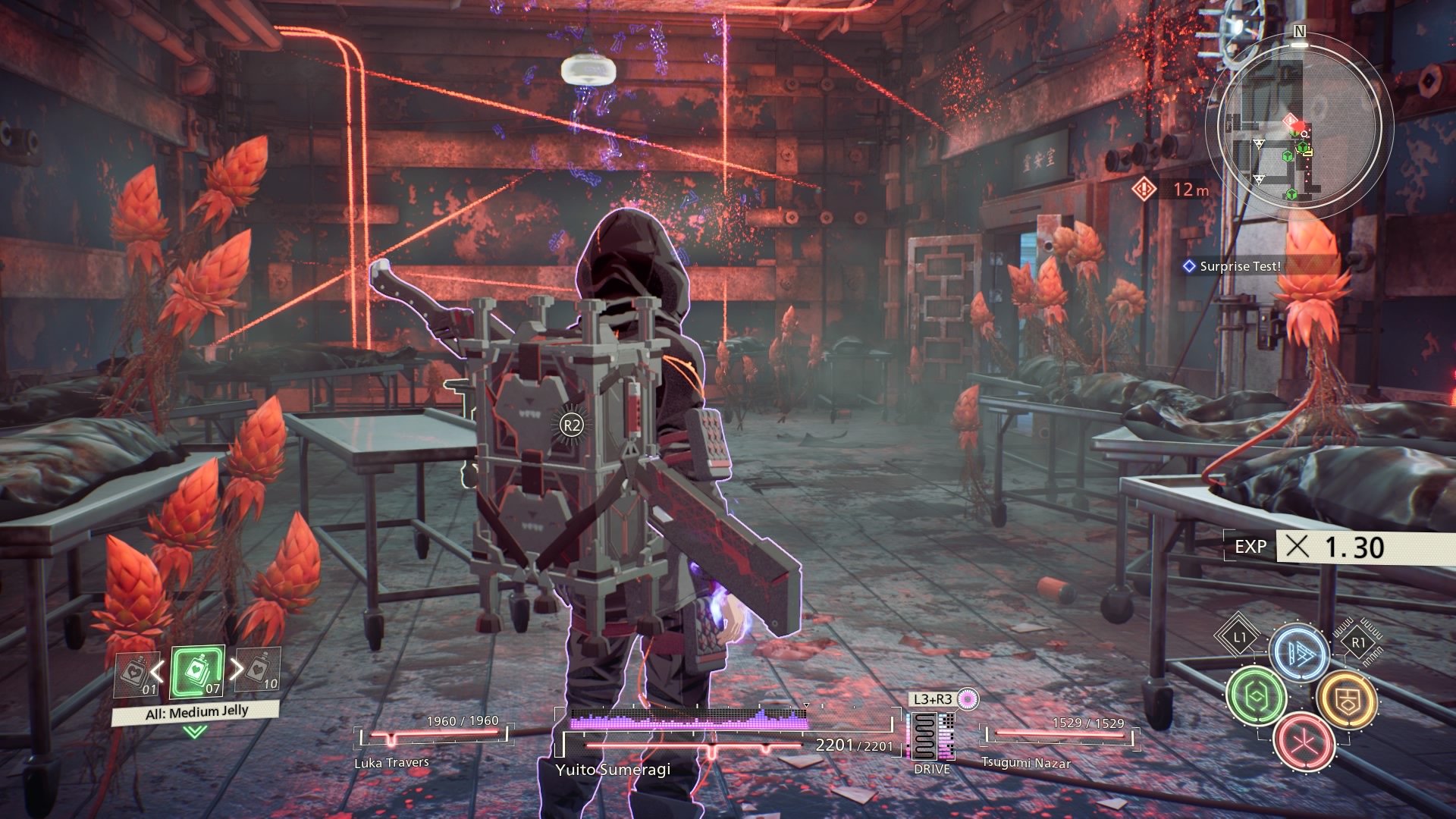 For review purposes, I spent over 40 hours with Scarlet Nexus. During this time, I solved dozens of side quests, all the plots aimed at building bonds (Bond rings) and learned the story of one of the characters. I started the second pass which I haven’t finished yet, but now I can say it It is worth knowing both paths. I hope to Side quests are nothing more than specific challenges (Write “Kill two enemies with a certain power”) with a few lines of text from the character from whom we receive this quest.

After all, the Scarlet Nexus is a solid stand. Honestly, I missed something a bit similar. Behind this Japanese school of game development. I had a lot of fun, although there were moments of frustration. At one point the party seemed to stretch, but I blame it on the fact that I haven’t given up on this production in the past few days.

Everything is on a good standard, but of course it could have been better. While playing on the PlayStation 4, I didn’t encounter any animation drops or other types of issues. Schematically, the game looks correct, although the art style itself is more pleasing to the eye, which I mentioned earlier as well. So if you fancy an Action-jRPG racist actor with an engaging story, Scarlet Nexus will provide dozens of hours of fun.

Don't Miss it Variable delta in Ukraine. two injured
Up Next Wimbledon: Fought with Iga Shwetek, suspended Maja Chualinska in the qualifying rounds