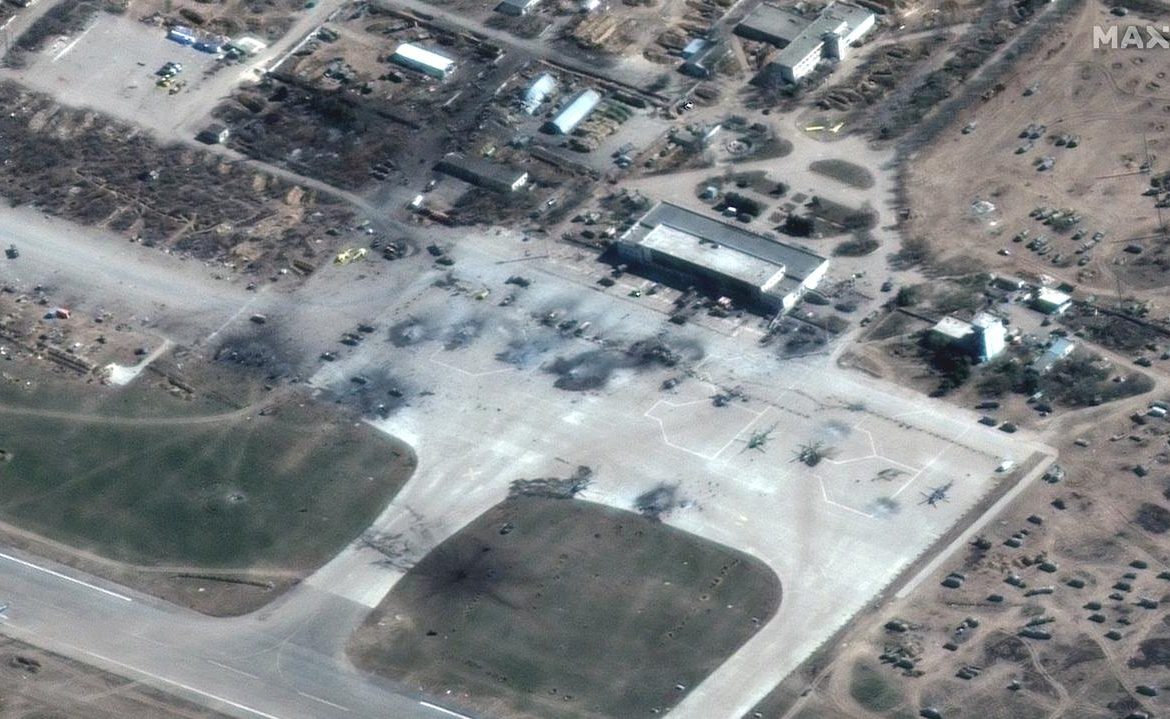 It is the twenty-fourth day of the Russian aggression against Ukraine. The Ukrainian Air Force Command announced that “12 Russian airborne military installations” were shot down over Ukraine. The General Staff of the Ukrainian Armed Forces reported that the Russians fired 14 missiles and carried out more than 40 airstrikes on Friday. The President of Ukraine, Volodymyr Zelensky, called on Russia to start constructive peace talks. Here are the highlights of the past hours.

> The Ukrainian Air Force Command announced that “12 Russian military airborne installations” were shot down over Ukraine on Friday. In turn, the General Staff of the Armed Forces of Ukraine announced that the Russians on Friday They fired 14 missiles and carried out more than 40 raids.

> The head of the Sumy Regional State Administration Dmytro Shweike reported via Telegram about the Russian attacks. For hospital in Trościaniec and industrial warehouse in Sumy. He confirmed that no one was killed in both events.

> President of Ukraine, Volodymyr Zelensky He called on Russia to engage in constructive peace talks. He stressed that this is “Russia’s only chance to limit the damage caused by its mistakes.” He added that the Russians did not use the intelligence correctly.

> US Defense Secretary Lloyd Austin In an interview with CNN On a trip to Bulgaria, he said that Russia “made many mistakes during the invasion of Ukraine”.

> Leaders of the United States and China Joe Biden and Xi Jinping chatted via video chat. In a press release, the White House said Biden had presented to Xi about the consequences for China if it provided material support to Russia.

> The head of British military intelligence, General Jim Hockenhall, said:The Kremlin has so far failed to achieve its original goals“The Deputy Chief of Staff of the Ground Forces Command of the Armed Forces of Ukraine Oleksandr Hrozhevich, in turn, reported that the Ukrainian Armed Forces are strengthening the third line of Kyiv’s defense.

> Starlinki was purchased by PKN Orlen They reached their destination in Ukraine – Daniel Obajtek, CEO of the concern reported on Twitter. Deputy Prime Minister and Minister of Digital Transformation Mikhailo Fedorov wrote: “While Russia blocks access to the Internet, Ukraine is more and more opening up to the whole world.”

Don't Miss it US military plane crashes in northern Norway
Up Next The head of the Ministry of National Defense said: We want to create our own anti-aircraft defense