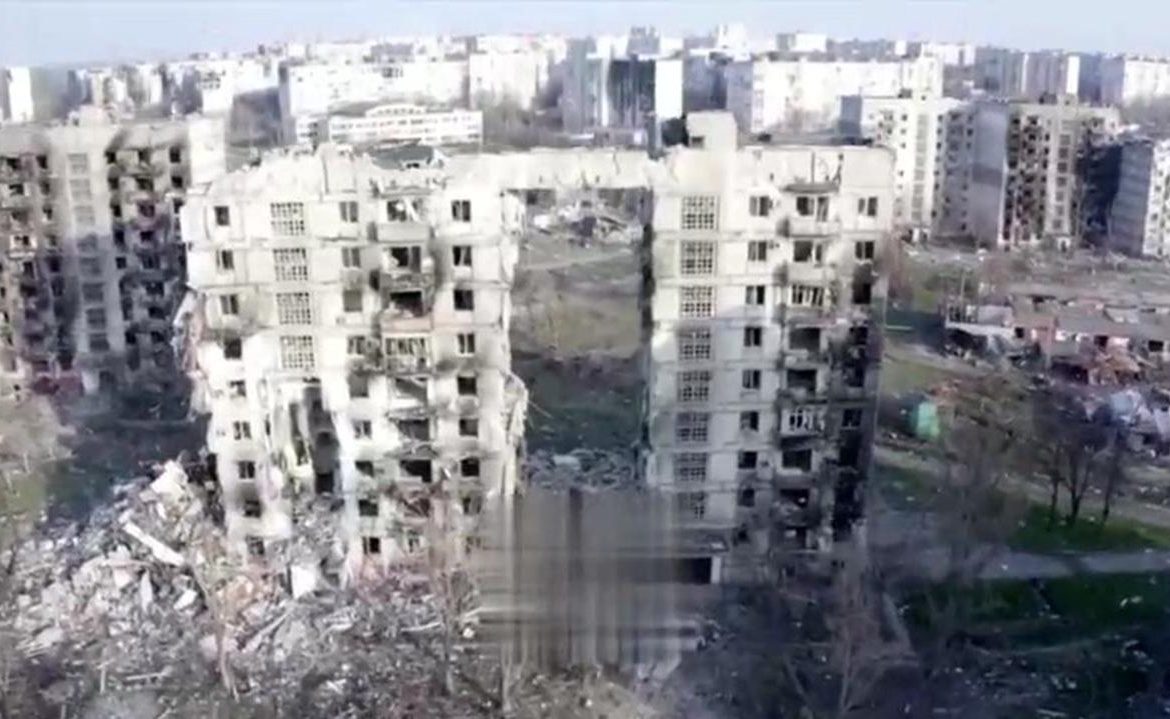 Ukraine defends itself on the 53rd day against Russian aggression. The most difficult battles always take place in Mariupol. The extent of the damage caused by the Russians is evident from recent recordings released by the city authorities. The city of Kharkiv was also shot on Saturday. President Volodymyr Zelensky’s office reported that 1,500 people were evacuated from bombed cities through humanitarian corridors on Saturday. Here are the highlights of the past hours.

> – Mariupol can be like ten Borodzienic – Ukrainian President Volodymyr Zelensky said on Saturday. Heavy fighting is taking place in the city, and the Russians are throwing extra troops into the fight. The authorities publish a video of the destruction that occurred in the city.

> Saturday midnight to Sunday is the end of the transitional period concerning Prohibition of road transport in the territory of the European Union for carriers From Russia and Belarus in the framework of economic sanctions after the Russian aggression on Ukraine.

> And on Saturday evening, Russian soldiers again fired on the city of Kharkiv. One person was killed and two were injured – the mayor of the city, Ihor Terekov, reported, citing the Ukrainian website Pravda. On the same morning, the Russian bombing of the city of Kharkiv killed two people and wounded 32 others.

> Since February 24, when the Russian aggression against Ukraine began, 21 representatives of the country’s media have been killed, Ukrinform reported, citing the Verkhovna Rada Committee on Freedom of Expression.

> Slovakia President Zuzana Caputova Resume in a Twitter post Directly to the President of Russia, Vladimir Putin, to prevent his soldiers from raping women and children

> Kerio Tymoshenko, deputy head of the presidential office, reported that 1,449 people were evacuated from Ukrainian cities through humanitarian corridors on Saturday. About 1,380 people came to Zaporizhia from several cities in the south and east of the country, among whom 170 were from besieged Mariupol.

> On Holy Saturday during Easter Mass in Saint Peter’s Basilica Pope Francis turns to Ukrainians. “Courage, we are with you,” said he, looking in the direction of Ivan Fedorov, recently released from Russian slavery, the mayor of Melitopol. He ended his speech with “Christ is Risen” in Ukrainian.

See also  Biden "pardoned" the turkeys. Talk about their 'immunization status'
Don't Miss it Air Force One – This is the plane of the American president. Joe Biden flew to Poland
Up Next Pink Full Moon 2022. Easter. April full moon in your pics