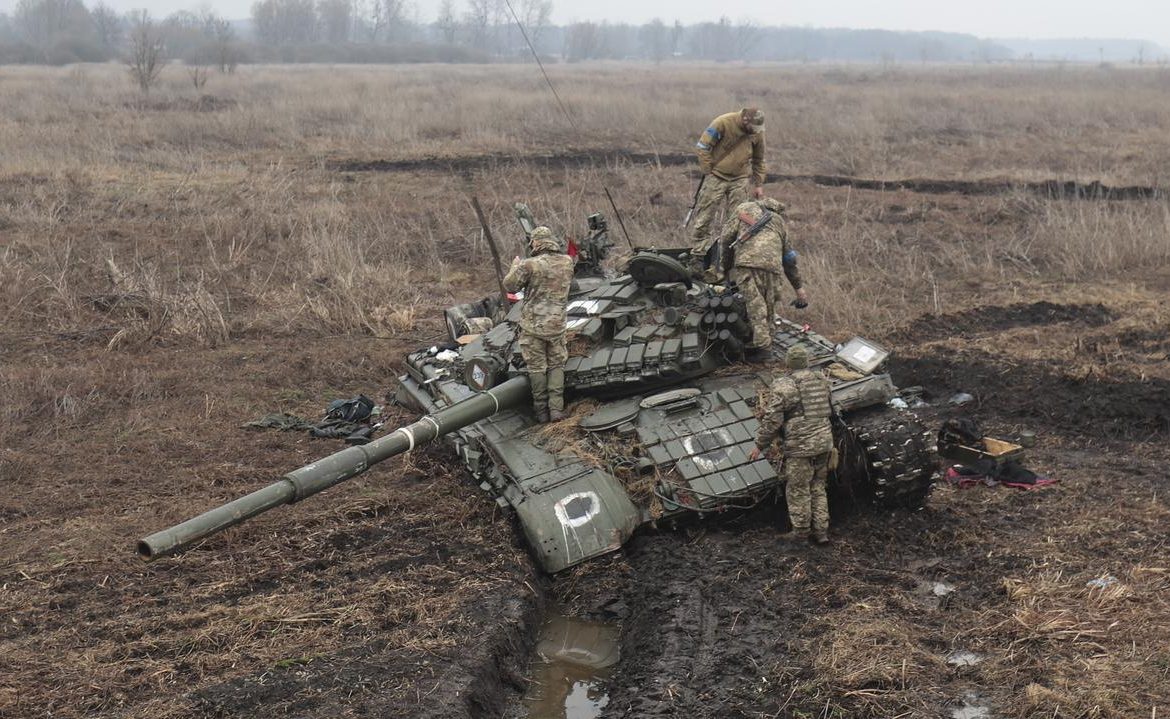 Today, Saturday, the General Staff of the Ukrainian Armed Forces announced that the Russian army has lost about 17.8 thousand soldiers, 631 tanks, 317 artillery systems, 143 aircraft and 134 helicopters, since the beginning of the Russian attack on Ukraine.

The Russian invasion of Ukraine lasted more than a month. Today, Saturday, the General Staff of the Armed Forces of Ukraine published the latest losses on the part of the enemy in a press release.

He lives: Russia’s attack on Ukraine. The thirty-eighth day of the invasion

Vladimir Putin announced the start of the invasion of Ukraine on the morning of February 24. Although missiles have fallen on Ukrainian military and civilian targets since then, the Russian army has not yet been able to capture Kyiv.

Last night in Kyiv and Chernihiv, north of the Ukrainian capital, passed more quietly than its predecessors. Ukrinform agency, citing a statement from the North Ukrainian Operations Command, announced on Saturday that Ukrainian forces had liberated the village of Chistovitsia, 19 kilometers from Chernihiv. The General Staff of the Ukrainian Armed Forces announced, on Friday, that the Ukrainian forces took control of 13 towns in the Chernihiv region after the withdrawal of Russian soldiers from them. However, Chernihiv itself is still blocked by the Russians, and residents of the city have been without water, electricity, gas and heating for more than two weeks, Ukrainian police have alerted.

Kharkiv and its residential areas were subjected to chaotic artillery bombardment at night. Attacks continued in the Donbass states (Luhansk and Donetsk) and in the Kherson region bordering the annexed Crimea. The authorities of the Lugansk region reported that during the past day, 31 buildings were destroyed or damaged, including 27 apartment houses.

The General Staff of the Armed Forces of Ukraine on Saturday morning reiterated its assessment that Russian forces in Ukraine are withdrawing in some directions to strengthen the groups before launching a further offensive in the east of the country: in the Donbass and Kharkiv regions.

Don't Miss it Abramovich owns five yachts worth nearly $1 billion
Up Next World Cup 2022. Dragan Skocic: The match with the United States is an opportunity for a new chapter