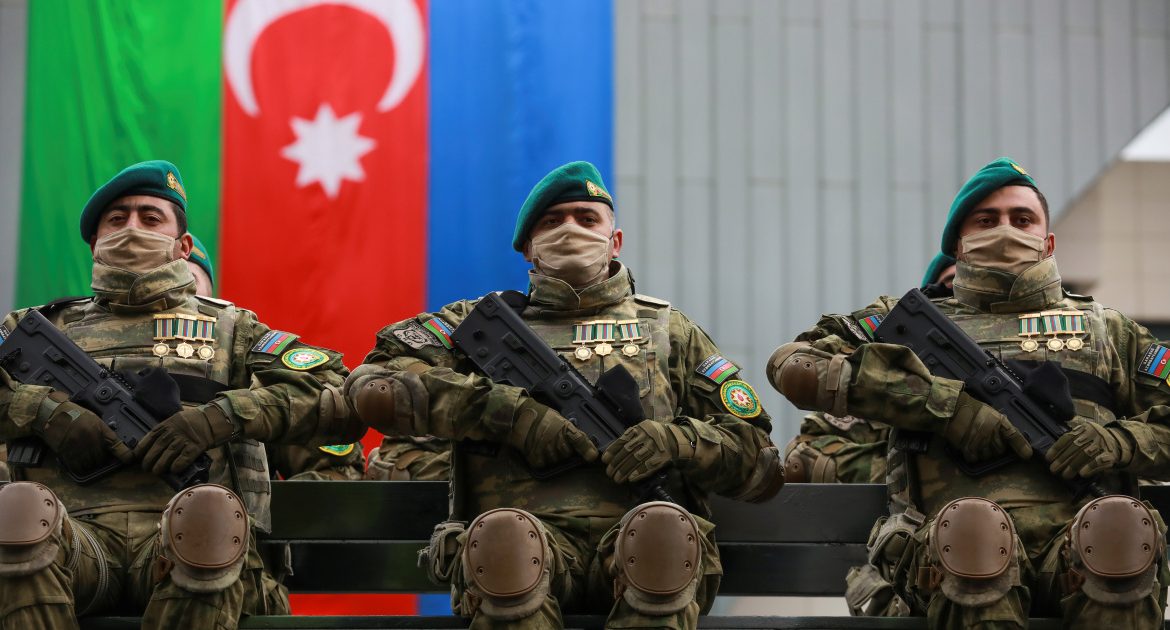 Armenia and Azerbaijan accuse each other of violating the peace agreement that ended six weeks of fighting over the disputed territories.

The Russian military reported a violation of the ceasefire agreement in November that ended the conflict between Azerbaijan and Armenia in the separatist Nagorno Karabakh region.

A statement issued by the Russian Defense Ministry on Saturday said, “A violation of the ceasefire was reported on December 11th in the Hadrout region,” without any blame.

Russia has peacekeepers in the region, of which Azerbaijan retook large parts of it last month after Armenian forces held it for more than a quarter of a century.

This was Russia’s first report of a violation since the peace agreement was reached on November 10.

On Saturday, Armenia and Azerbaijan accused each other of violating the agreement, which ended six weeks of fierce fighting on the disputed territories, as Azerbaijani President Ilham Aliyev threatened to crush Armenian forces “with an iron fist.”

“Armenia should not try to start over,” Aliyev said during a meeting with senior diplomats from the United States and France, who tried to mediate in the decades-old conflict.

You should be very careful and not plan any military action. This time, we will completely destroy them. It should not be a secret for anyone. “

Earlier on Saturday, the Nagorno-Karabakh forces said that three of their fighters were wounded in an attack by Azerbaijani forces.

The Armenian army also reported attacks from Azerbaijan on two villages under the control of the Nagorno-Karabakh forces.

Armenian officials said fighting broke out near the villages of Hin Tagher and Khattsabrad, the only settlements in the Gadrut region still controlled by Armenian forces.

A spokesman for the Russian peacekeepers confirmed an “exchange of fire with automatic weapons,” and told the RIA Novosti news agency that requests to respect the ceasefire had been sent to both sides.

Nagorno-Karabakh is internationally recognized as part of Azerbaijan but inhabited, and until recently, it was under complete control by the Armenians after a bloody war in the 1990s and saw them take over the outlying regions of Azerbaijan.

In 44 days of fighting that began in late September and left more than 5,600 people dead on both sides, the Azerbaijani army pushed into the Nagorno-Karabakh region, forcing Armenia to accept the peace agreement last month that saw Azerbaijan regain large territories.

Russia has deployed nearly 2,000 peacekeepers for at least five years to monitor the peace agreement and facilitate the return of refugees.

Azerbaijan celebrated its victory with a military parade on Thursday attended by Turkish President Recep Tayyip Erdogan, in which more than 3,000 soldiers, dozens of military vehicles and a combat aircraft participated.

Don't Miss it The Epic Games Store offers 15 free holiday games
Up Next Science has led us to the brink of defeating Covid-19. Let’s not put him at risk Corona Virus