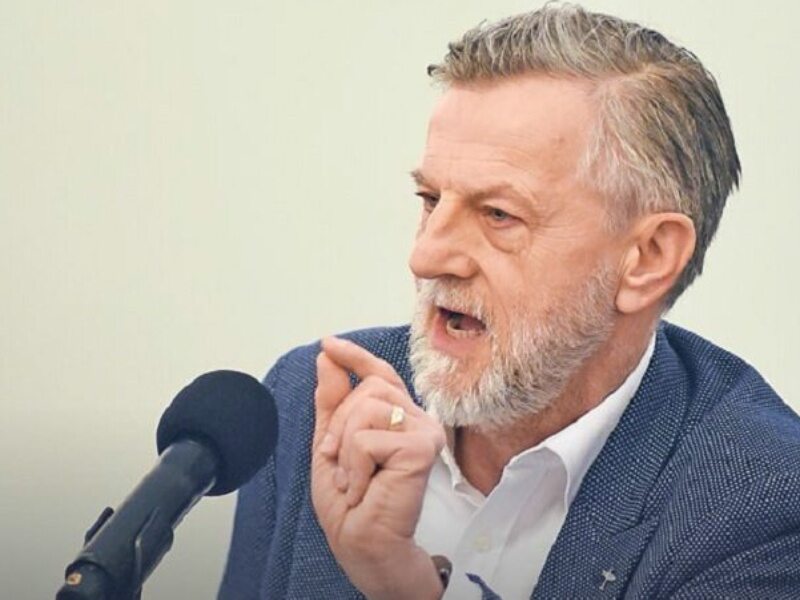 a. Zybertovich was a guest on the program “News of the Day” on Radio Marija, where he was asked about Russia’s actions in the crisis on the Polish-Belarusian border and in Ukraine. According to the president’s adviser, Moscow has not made a decision on the attack yet, but much will depend on Tuesday’s talks between the US and Ukrainian presidents.

A reference to Russian society

– This immediate context can be summarized as follows: if Ukraine succeeds in economic and political reforms, if Ukraine enters the path of development and improvement of the living conditions of the population as Poland did after 1989, if it can significantly reduce the power of the oligarchy and the corruption associated with it, and if Belarus, in addition, has succeeded in building a democratic system that is not only democratic in name, but will bring freedom to Belarus, the rule of law and opportunity for prosperity, for Russia. Society, and especially to the Russian authorities, this would be a terribly disturbing signal, because it would show that the societies that were part of the Soviet empire could govern themselves democratically and peacefully and build prosperity – says the professor. Andrei Zybertovich.

The professor asserts that more and more Russian citizens may begin to ask themselves why they should not start working normally and democratically?

Adviser to the President of the Republic of Poland said that the people who rule Russia economically and politically cannot create successful democratic models in the circle of direct states formerly of the Soviet regime.

Zybertovich noted that the Kremlin is not only limiting its activities to Europe, but may have a silent agreement with China.

– If, after the entry of Russian troops into Ukraine and a possible collapse of the resistance of the Ukrainian army – which is not certain, because the Ukrainians are a brave people – it cannot be excluded that when China sees the impotence of the West and the country. The United States, the seizure of Taiwan will not be a matter of months, but weeks – says the professor.

Zibertovic adds that everyone should put pressure on Berlin and the United States to try to stop Russia.

– Therefore, we – everyone who cares about peace – must still put pressure on Berlin, on other European capitals, on Washington, so that they, in the name of world peace, stop Russia from this aggression and not hesitate to expand the entire range, a spokesman told Radio Maria about sanctions. .

Don't Miss it USA: In the event of an invasion of Ukraine, we will strengthen NATO’s eastern flank
Up Next This is the first laser communication via satellite with Earth