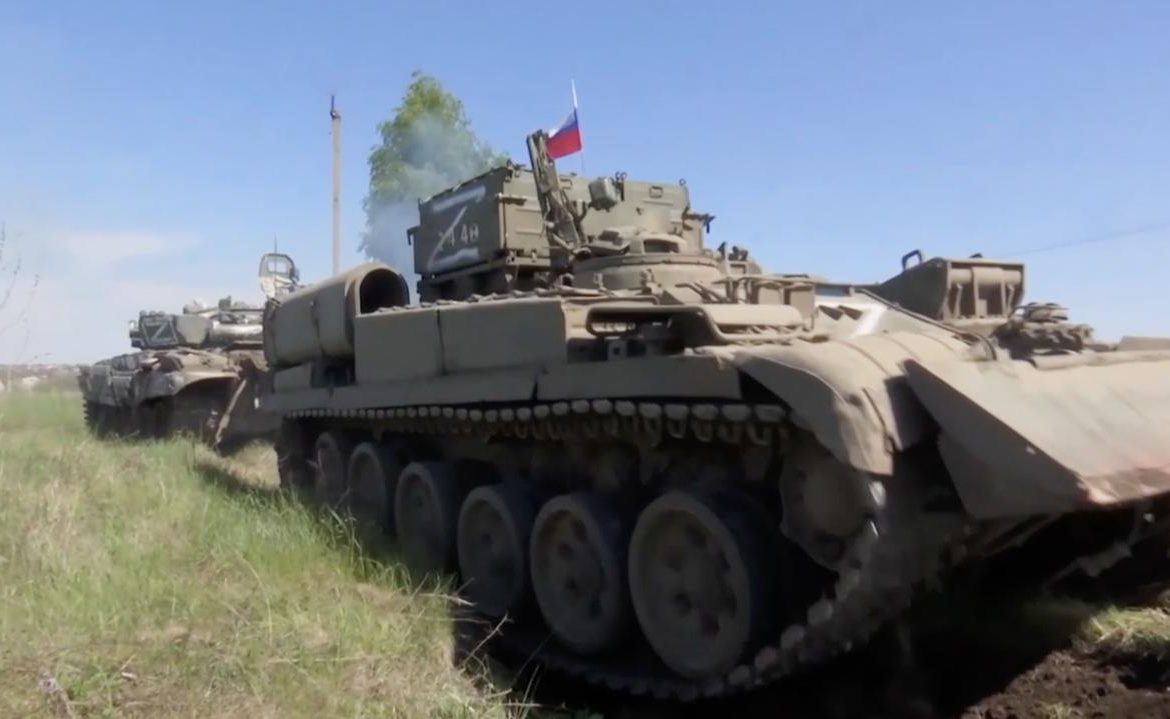 The Russian Defense Ministry released a propaganda video to show the “hard” work of repair units during a “special operation” in Ukraine. The video was supposed to come from the “battlefield” in the Kyiv region, where fierce tank battles took place. Independent journalists confirmed that the demonstration material was recorded near Belgorod, Russia.

“The resort forgot to remove the metadata from the file. After checking it, we were able to determine where this material was actually recorded” – confirmed journalists from Current Time TV, a project of Radio Swoboda and Voice of America.

A one-and-a-half-minute propaganda video titled “The work of restoration units during a special military operation” was broadcast on the Telegram channel of the Russian Ministry of Defense in mid-May. “Specialists carry out constant inspections and repair of military equipment and weapons. For this purpose, repair and renewal points are identified in the field” – stated in the entry under the registry.

“We come to the battlefield, pick up damaged and broken equipment,” – said an unknown Russian soldier in a military helmet and masks in the presentation. In the background, an armored evacuation vehicle is visible, a tank with the letter “Z” (the symbol of the Russian invasion) traversing the wilderness. Several soldiers, their faces blurred in the video, were changing engines. “In various cases, it was necessary (tanks) to be taken directly from the battlefield, under fire” – claimed the soldier in Balaclava.

The recording was supposed to come from the Kyiv region, where fierce battles between the Russian forces and the Ukrainian armed forces continued in March. In early June, Current Time published a publication refuting the allegations of the Russian Ministry of Defense.

Current Time reported that “the location of the video was not at all the Kyiv region, where intense tank battles took place, but the 357th Training Center of the Russian Aerospace Forces, located west of Belgorod, a 25-minute drive from the city center.” The journalists said they discovered this based on metadata (hidden attributes of the file) that include the exact geographical coordinates of where the photos were recorded.

The portal wrote: “The analysis of the video itself confirms that the ‘damaged’ tank was towed in the nearby training center and horticultural association in Fazenda, whose houses were also visible in the Ministry of Defense shots.”

Journalists of the present time reported that they also analyzed dozens of other films on the Telegram channel of the Russian Ministry of Defense. However, they reported that most of them do not have geolocation data.

Don't Miss it Celebrations such as the Platinum Jubilee increase sympathy for the monarchy. Elizabeth’s level of identification is likely to exceed the current rate of 76-80 percent.
Up Next Microsoft Store with interesting initial offers. Lots of new games coming to Xbox