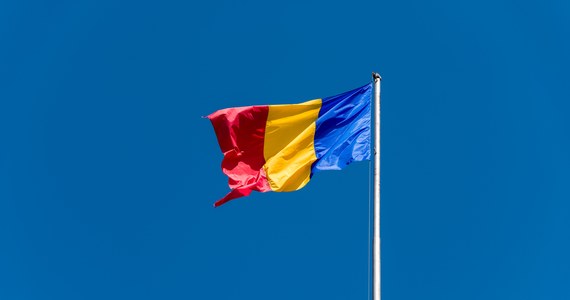 According to Eurostat, in 2010-2020 Romania was the third fastest growing country in our region. Its gross domestic product increased by 41.6 percent during that period. Only Lithuania (53.5%) and Latvia (42.4%) grew faster, and Poland took fifth place with 34.9%.

The situation is much more interesting divided into individual zones. In Poland, statistical regions correspond to counties (only Mazovia is divided into the Warsaw region and the rest), and in Romania, many administrative units are grouped into one statistical region. For comparisons, it is worth using GDP per capita as a percentage of the EU average (excluding Great Britain) for 2019, that is, without the epidemiological disruptions.

The regions selected in Central Europe are as follows: Central Bohemia 82%, Olensky 74%, Pomorsky 69%, Western Slovakia 67%, Malopolsky 65%, Mazovia without the Warsaw agglomeration 63%, Northwestern Romania 61%, Eastern Slovakia 53% and Podkarpackie and Podlaskie 50 percent each, and Warmińsko-Mazurskie 49 percent. and Lubelskie 48 per cent. As you can see, the northwest of Romania closest to Poland, ie, widely understood Transylvania, is already richer than many of the Polish provinces and almost as rich as Malopolska.

Romania started from a much lower level and later joined the European Union, yet Transylvania is catching up with the rich province of Krakow and Zakopane. I asked the Malopolska authorities if in their opinion the Roman region was developing well, or perhaps Malopolska was too slow in terms of the possibilities generated by the former capital and the Tatras. Correction of the thesis on the rich Tatras region. Bodhill’s tourist attraction cannot be clearly compared to the area’s high GDP generation. The Nowy Targ subregion belongs to the regions with low values ​​of GDP per capita, not only of the Malopolsky district, but also of the whole country. Slightly higher positions in the ranking were achieved by the nowosądecki and tarnowski sub-districts – answered Dawid Gleń, spokesman for the Marshal’s Office in Krakow.

He also adds, Malopolska sees Romania’s potential. – Romania is the eighth most important export partner and the 21st partner in terms of imports for the province, informs the speaker and gives several examples of Polish companies that have invested in Romania: Blachotrapez, Can Pack, CCC and Pepco. The geographically closest Podkarpacie is also looking intently for Romanians. “The provincial government cooperates with the Romanian region of the Maramures province. The main topic that connects us is the pressure for the Macroregional strategy for the Carpathians,” wrote the press office of the Marshal’s Office in Rzeszow. Podkarpacie and Transylvania are relatively close, but they do not border each other. On the way there are either Ukrainian Transcarpathia or regions of Slovakia and Hungary.

The development of this part of Europe is hampered by the lack of transport links. The development of infrastructure between Podkarpacie and eastern Slovakia, which, unlike the prosperous western part of the country, does not invest in transport, is of primary importance for cooperation with Romania. The breakthrough may occur thanks to the construction of the Via Carpatia road and the Carpathia Railway, for example. Subcarpathia with Transylvania. As Simon Haupto, a spokesman for the Ministry of Infrastructure told us, at the moment we cannot count on the restoration of the Warsaw-Krakow-Koszy-Bucharest trains, which were popular in the 1990s. It will only be possible to think of it after the Podłęże-Piekieko designed line has been put into operation so far, provided that there are similar investments on the Slovak side.

When will inflation start to fall?
Electronic newsroom

Don't Miss it The Return of the Witches’ Book! Check out HBO GO! – computer world
Up Next Spain: International tourism will return to pre-pandemic levels in 2022