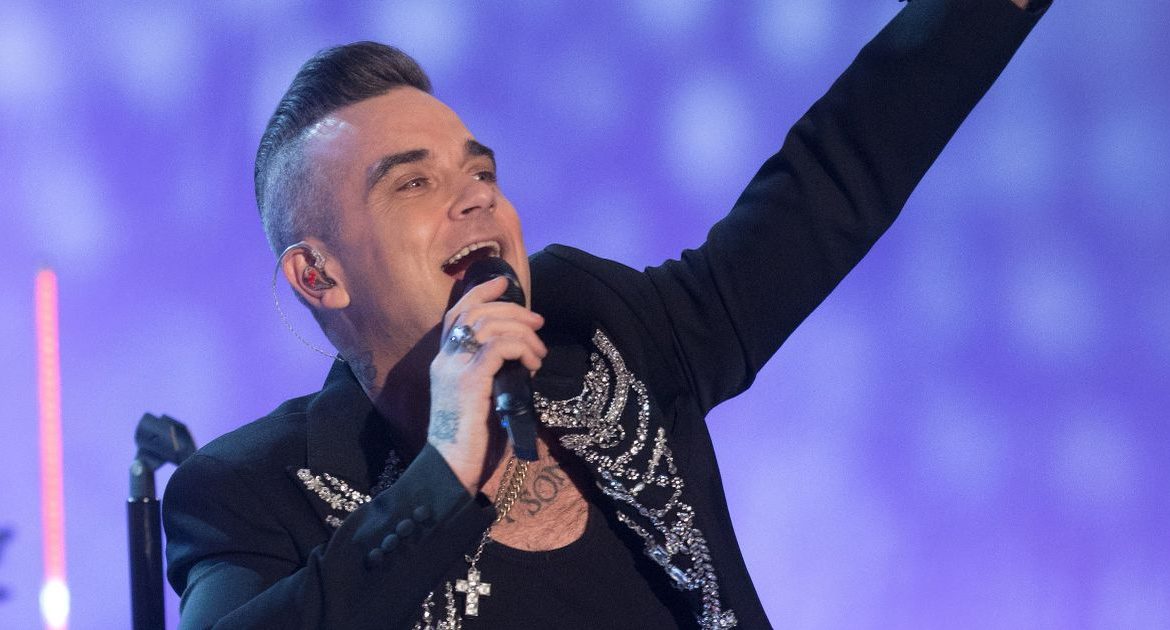 Robbie Williams He’s taking on a new musical direction with his first band since he left Take That, 25 years ago.

The 46-year-old will not follow the same path as former band mates Gary Barlow, Howard Donald, Jason Orange and Mark Owen while launching a new venture that hosts “what old people call rave.”

Rock DJ revealed his new music plan during Instagram Live chat and he is forming a band with two Australian songwriters and producers.

Ruby even revealed that they’ve already got a bunch of songs ready for release, all they have to do is come up with a name for their group.

Speaking on social media, Ruby said, “A small project that I started with two of my friends, Flynn Francis and Tim Metcalfe. We are a group for everyone.

“I have songs that will not be released under the name Robbie Williams.”

This project will be far from his pop career as Ruby will be looking to take over empty warehouses so he can decorate them with his artwork, which he produced during the lockdown, and then get a rave.

Speaking on Instagram Live, he continued: “I’m going to do this thing with my friends. Form a band and what I will do is rent a venue and put my art in it.

“During the day it will be an exhibition. Then at night I will be a DJ and it will be a musical venue, which is something old people call a rave.

“I’ll be on an espresso. Oh yeah I will. Four espressos. Do it in the old school.”

“I also want to do this in Tokyo. I want to do it in many places. Be fun, right?”

“It’s one of those things, it’s a project of emotion. If something cool happened, that’s cool, if not, I just enjoyed it.”

While this is a far cry from Take That, Ruby confirmed over the summer that he was writing material with Gary Barlow over Zoom.

He boasted that he wrote more than 50 songs during the lockdown, including songs he wrote with his wife Aida.