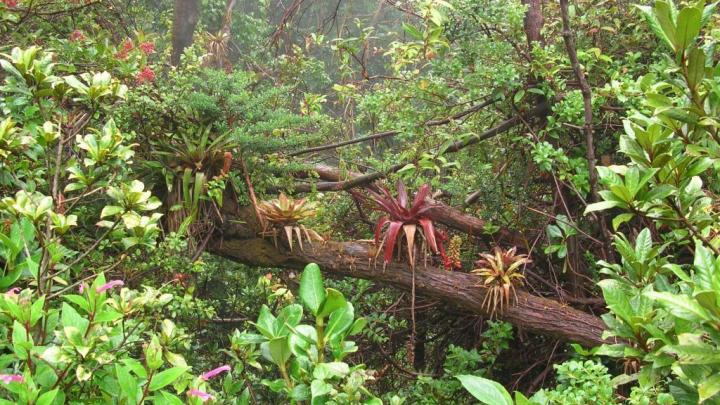 The area of ​​rainforest destroyed in 2020 is the area of ​​the Netherlands with an increase of 12%. Compared to the previous year, despite the global economic crisis related to the Coronavirus epidemic – according to the Global Forest Watch report published on Wednesday.

4.2 million hectares of this world’s most important ecosystem have disappeared, burned or cut down by humans, according to the annual Global Forest Watch survey that relies on satellite data.

Brazil ranks first in deforestation of the equatorial region. The country lost three times the forest area as the Democratic Republic of the Congo, which ranks second in the ranking of deforestation.

Overall, tropical countries lost 12.2 million hectares of forest cover in 2020, including all types of forests and plantations. Not surprisingly, agriculture remains the main driver of this devastation. But researchers also point to heatwaves and droughts this year that have fueled devastating fires in Australia, Siberia and remote parts of the Amazon.

Francis Seymour of the World Resources Institute, the non-profit organization that led the report, commented that these losses are “a climate crisis, a biodiversity crisis, a human catastrophe and lost economic opportunities.”

According to the researchers, the coronavirus epidemic may have had some negative impacts on deforestation, such as illegal logging in unprotected forests or the influx of people into rural areas. Above all, they point out that the sanitation crisis, which “stopped” the economy for a while, did not change the course of forest destruction. Scientists warn that things could get worse if the rules are relaxed to facilitate the economic recovery.

See also  Kazarnik: Distance teaching is not for student development

Moreover, Seymour said at a press conference that the “worst” part of the 2020 data shows that forests themselves are the victims of climate change.

Experts suggest that forests like the Amazon play a major role in controlling global climate change due to their ability to absorb carbon dioxide. But when trees are killed or burned, they release carbon back into the environment.

Approximately. 4 million hectares of destroyed tropical forests in 2020 released 2.64 gigatonnes of carbon dioxide, which equates to the annual emissions of 570 million cars.

Seymour warned that “the longer we wait to stop deforestation … the more likely the smoke will turn into natural carbon sinks.”

In Brazil, where deforestation has increased steadily since Jair Bolsonaro came to power, primary forests lost another 1.7 million hectares in 2020, a 25% increase in one year, the report said.

Most of this damage occurred in the Amazon, where there was deliberate deforestation, but also uncontrolled fires that spread after previously deforested lands were burned.

The fire also destroyed the world’s largest meadows and wetlands in the Pantanal, which is very rich in biodiversity, located between Brazil and Bolivia. This region ranked third in the 2020 Tropical Deforestation Ranking.

In turn, Indonesia has managed to reduce deforestation by 17%. Compared to 2019, falling off a deforestation platform for the first time in 20 years when Global Forest Watch reports began. The country’s deforestation is slowing for the fourth year in a row. Scientists point to a wetter year of 2020, and also point to policies that appear to have “ long-term impacts in limiting forest loss. ”

According to a study published Monday in the online scientific journal Nature Ecology and Evolution, the pace of deforestation in the tropics has sped up rich nations’ appetites for various agricultural products such as coffee and soybeans. (PAP)

Don't Miss it The Hungarians and Italians are under some pressure. We are excited to invite Fidesz to EKR
Up Next Are Anti-Obesity Medications Safe? A Discussion by Kerrisdale Capital