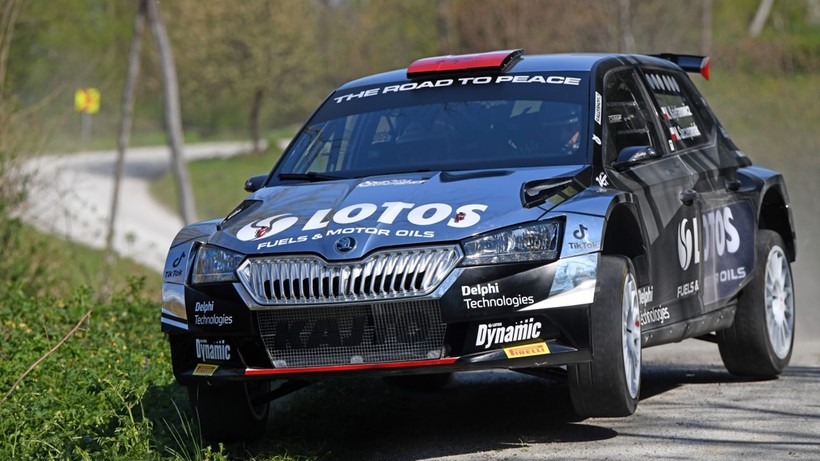 Rally Estonia, round seven of the 2022 World Rally Championship, began the competition with a short section of the Visit Estonia Tartu, measuring just 1,660 metres, which was watched by a crowd of fans, which was a precursor to the real competition. Kajetan Kajetanowicz and Maciej Szczepaniak for the second time started very well and before Friday’s stage are only half a second behind the leader!

The duo LOTOS Rally Team continues their campaign at WRC. After winning second places in Croatia and Portugal, and then wins in Kenya, the Poles are the leaders of the WRC 2 class. Kajitanovic has very good memories of Rally Estonia: he was on the podium three times in this very fast and exciting rally.

– We started the Rally Estonia with a short special stage on the outskirts of Tartu. It was a very technical test, very different from the one that awaits us tomorrow. I think it was a good start for us – second place with such a strong acting is definitely a pleasure. However, the real race for the big boys starts on Friday – says three-time European Rally Champion Kajitan Kajitanovic.

Don't Miss it The images from the James Webb Telescope are delightful. Those in Hubble seem out of focus. We will compare
Up Next 8th Baltic Olympiad in Geography – Six Medals for Polish Students – Ministry of Education and Science