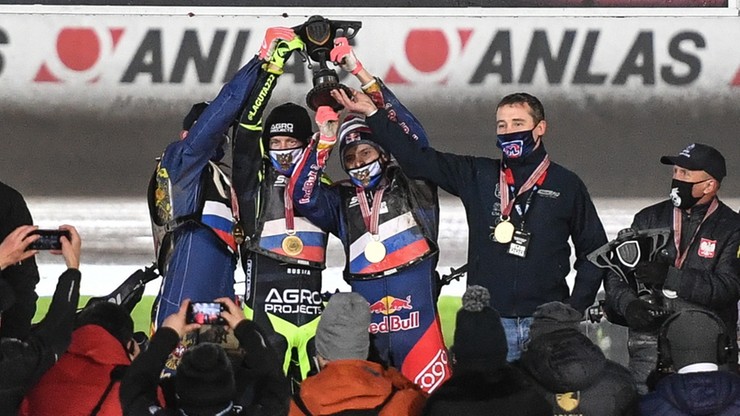 After the first round of the tournament was canceled on Friday, weather conditions on Saturday led to only 14 qualifiers being held, after which, to keep the players safe, the competition ended.

The weather was not an ally for motorcyclists, and after the Nations Racing Tour was canceled on Friday, the competition on Saturday was questionable because the track, despite extensive work on it, was still in dire condition. Ultimately, after all the teams tried the track, their managers and competition director Phil Morris made the decision to start the competition.

There was no equalization and no watering of the track between races, because it was raining very little the whole time and the organizers wanted to run a minimum of fourteen races, in which each team would have four rounds. After this fourteenth race, it was decided to continue the competition, but the fifteenth race, in which the Poles competed with Sweden, turned out to be unlucky.

World singles champion Bartosz Zammarzlick was heading to the finish line unchallenged, but Szymon Woźniak was still fighting with the Swedish pair for the best position, when Frederick Lindgren dropped his motorcycle at the exit from the last turn, which also fell on Woźniak and Oliver Berntzon. The tournament writer decided that after this event the competition should be stopped and titles should be distributed according to the points scored.

The Poles and Russians each got 23 points, and the first place was determined by the direct run of these pairs, as Russian motorcyclists won with a ratio of 4: 5. There could be no tied races in these competitions, because the scoring was 4 to win, and 3 for the second place, 2 for the third and 0 points for the fourth. Bartosz Zmarzlik won the Best Couple competition, but Szymon Woźniak was outdone by Emil Sajfudinow and Artiom Łaguta.

The Lublin competition was the last in which, after fourteen years of work as a coach – the Polish team was led by Marek Chislak. During his tenure, Polish Speedway riders won ten team World Cup medals, including seven golds, and in two previous editions of the Nations Speedway they won bronze and silver medals.

“I would like to thank all the players that I have worked with for all these 14 years and many people, with Piotrek Szymański, who contributed to the successes of our team. I lived a beautiful story and although I dreamed of gold here, silver is also good after a beautiful fight. – said Marek Sellak.

Undoubtedly, the standout character in the competition was Bartusz Zamrzelik, who won three rounds, and in one he followed club teammate Shimon Voiniac. The two-time world champion said: “It was a good competition in our performance and it is important that we win the silver medal for Poland.”

“My points were lower than gold, because Partek was excellent, but I did my best, using all my skills,” added Woźniak.