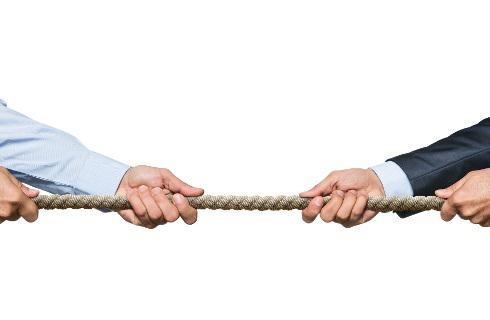 The Lewiatan report shows that Poland creates barriers to investment and does not support the largest private investors, including foreigners, which is unfortunate. They can help the economy recover from a pandemic crisis.

In the opinion of this organization, the tax proposals contained in the Polish Lada will not help investments. Entrepreneurs discovered overnight that they would have to pay higher taxes starting next year. In this case, private investment may decline rather than grow, especially among small and medium-sized businesses. Various ideas also have a negative impact on improving the investment climate, such as introducing a 1% tax on company revenue, which would replace the current CIT tax paid on income generated. It may mean a significant increase in the financial burden and will affect the volume of investments, especially medium and large companies.

As Leviathan worries Great distance between Poland and the rest of the European Union in the department’s investments – information and communication, which is a priority for the digitization of the economy. We allocate for this purpose two times less GDP than the EU average. This difference cannot be eliminated without significant investments. What we do not invest today may become impossible to compensate in the future. Increasing social spending, which is the determinant of current social and economic policy, will help to accelerate consumption, which may stimulate growth in the short term, but without stimulating private investment and improving its structure, we are subject to a decline and weakening. The economic situation of Poland.

See also  Well-organized democracies are best at fighting an epidemic. Poland is at the bottom of the ranking

The authors of the report stress that although private investment in Poland has been low for years, it is still low There are companies that are willing to spend money for this – their investment expenditures amount to several percent of revenue each year. The leading private investors in Poland were entities such as LG, Orange Polska, Schwarz (owner of Lidl and Kaufland stores), Jeronimo Martins (owner of Biedronka), Canpack, LPP, Cyfrowy Polsat and Volkswagen. The money they spend on development translates into new jobs, services and infrastructure.

– The idea of ​​entering 1 percent. The corporate tax, under the pretext of non-payment of CIT by foreign investors, primarily affects those who have been allocating huge funds for investments in our country for years. Foreign investors from France, Germany, Great Britain, and the United States have created hundreds of thousands of jobs in Poland in recent decades. The benefits to the state treasury thanks to the presence of capital and knowledge of foreign investors are enormous. These companies export their products to support the Polish economy, and thousands of small and medium-sized Polish companies can develop even faster thanks to cooperation with technologically advanced Western interests. – says Grzegorz Baczewski, Director General of the Leviathan Federation. He pointed out in his opinion that foreign investors neither pay nor pay very low income tax, with respect to revenue, which is harmful and illegal. The level of taxes imposed on foreign companies does not differ from the level of taxes imposed on Polish companies, including state-owned companies. The settlements of these corporations are controlled by the National Tax Administration.

See also  MZ: There are already more than 150 cases of delta virus in Poland

Read also:
8 thousand applications in the strategic investment program >>
More investors may find their way to the Polish investment zone >>

What needs to be changed in the law?

According to Wyatan, to increase private investment On the one hand, it is important to ensure legal stability, quality and speed up litigation, and on the other hand, to increase the mobility of employees or facilitate the recruitment of employees, including foreigners. In addition to changes in taxes to reduce the negative impact of the tax form and the way the tax base is determined, it is also important to build a digital economy, prudent energy policy, support fintech companies, or facilitate access to investment financing.

The report shows that the continuous updating of the structure of the economy will be a natural ally to increase private sector investment. This applies to both industries and company sizes. But without favorable terms and effective incentives, it will be difficult to revive private investment decisively. Without its regular and strong acceleration, it would be difficult to double or triple expenditures in the next 10 or 20 years. There are no miraculous recipes for accelerating economic growth. However, it is indisputable that investments have a positive effect on the pace of economic development in the long run. Thanks to them, production increases, the competitiveness of enterprises and exports increases, new jobs are created and products are improved, wages increase. Modern technologies, innovative solutions and innovative and effective management methods appear in companies. Investments contribute to raising the standard of living.

Lioyatan claims that the amount of investment in the economy depends on the economic policy of the state. On the one hand, it should provide enterprises with adequate profit, and on the other hand, it should reduce investment risks. However, the state should not take this risk on itself or artificially reduce it by offering various privileges. Artificial stimulation of state or private sector investment could lead to a financial crisis – If the return on it is less than the cost of capital. We cannot afford low investments in the economy, but we also cannot afford poor and ill-considered investments. The sheer scale of expenditures does not yet guarantee acceleration of economic growth. It is ensured only by effective investments, following global trends, taking into account new information and communication technologies or robotics. Poland should strive for and favor such investments.

Don't Miss it Tom Cruise finally blew the bridge to the new Mission: Impossible 7. See where the train landed [FILM]
Up Next Tokyo 2020. Simone Biles has withdrawn from the Olympics. Substitute players