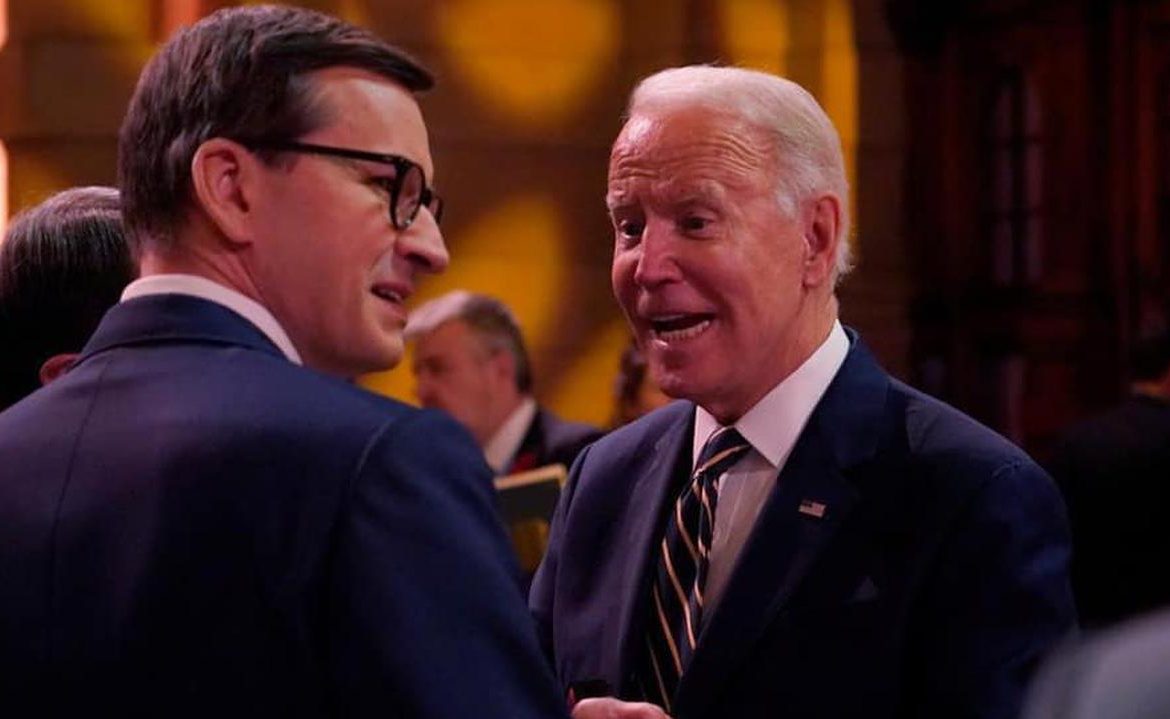 Prime Minister Mateusz Morawiecki informed Monday evening that he met US President Joe Biden backstage at the Glasgow Climate Summit. The Polish Prime Minister explained that the topics of the talks were, among other things, climate challenges and issues related to security, including energy.

On Monday afternoon, the Prime Minister arrived at the COP26 Climate Summit in Glasgow. He gave a speech there, where he spoke, inter alia, about the fact that “in order to gain public support, green policy must put the welfare of citizens at the center. And the Prime Minister reminded that we do not all start from the same point.” But we must all remember one rule: Morawiecki said that transformation cannot be done at the expense of people.

In the evening, the head of government added a post on Facebook summarizing this summit day. “Today in Glasgow, I stressed how important the starting point for every country is in the energy transition. The transition must be fair. For Poland to participate in it on fair terms, it must have sufficient resources, and good regulations must be in place in the European Union.” – books.

I spoke to Biden.

He also emphasized, “Today our country is catching up quickly as a result of decades of staying – not because of its fault – on the wrong side of the Iron Curtain.” “We have made great strides in many areas thanks to the national environmental programmes,” he noted.

See also  IO: Break the US! Americans are better than Argentina

“We must pursue responsible climate policy, protecting the most vulnerable social groups, so that Polish citizens do not radically feel the effects of high energy prices, and at the same time the Polish economy does not lose its competitiveness against other economies. It is possible if the rules established in the international sphere take into account points Starting each country separately ”- he added.

Don't Miss it COP26. There is the first global agreement. It’s supposed to stop deforestation
Up Next Glasgow: At COP26, state leaders agreed to halt deforestation by 2030.