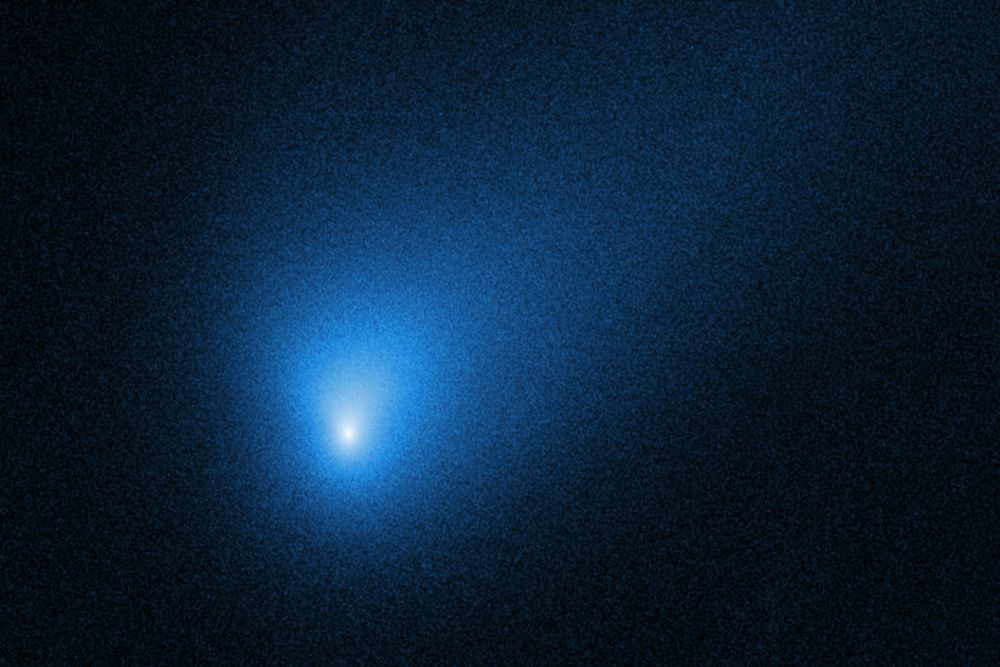 Two Polish researchers have detected nickel fumes in the atmosphere of the interstellar frozen comet 2I / Borissov, according to the report of the prestigious international scientific and technical journal Nature.

The “unexpected” discovery by Piotr Guzik and Michał Drahus of the Jagiellonian University Astronomical Observatory in Cracow, published in the journal Nature, may help explain how the solar system was formed.

Polish scientists made observations of the interstellar ice comet 2I / Borissov at the end of January 2020 and used data from the European Southern Observatory’s Very Large Telescope (ESO’s VLT). At that time, the comet was observed at a distance of about 300 million km from the sun (about twice the distance between the Earth and the sun).

Despite the great distance, the Poles found that the cold 2I / Borissov contains nickel gas.

The discovery was surprising because solid heavy metals such as nickel are usually found in the rocky interior of comets, but in gaseous form, these materials are often associated with hot environments such as a comet’s atmosphere that passes close to the sun.

Bouton noted: “At first, we had a hard time believing that atomic nickel could actually be present in 2I / Borisov far from the sun.”

“It took a lot of testing and verification before we could discover this,” he added.

The newspaper pointed out that detailed studies of interstellar objects are necessary for science because they contain valuable information about the alien planetary systems from which they arose.

See also  Queen Elizabeth II surprised everyone with her return to work. how is she?

“Suddenly, we understand that nickel gas is present in comet atmospheres elsewhere in the galaxy,” Darhouse said.

Polish research shows that comets 2I / Borisov and the Solar System have more in common than previously thought.

“Now imagine comets in our solar system have real counterparts in other planetary systems – is that cool?” Draho is over.

Don't Miss it Spain. Moroccan immigrants attacked Ceuta [ZDJĘCIA]
Up Next Admits the head of the largest US pipeline: We paid the ransom for hacking it to turn it into business