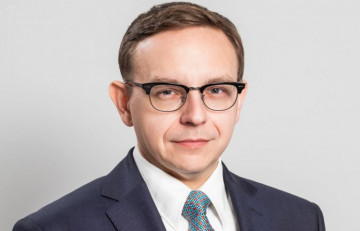 It is hard to imagine that there will be a thread of agreement, that there will be room for talks – this is how Piotr Sack, Member of Parliament of Poland’s Solidarity, spoke of the ratification of the Reconstruction Fund by Poland. The ratification means that we are already transferring a number of competencies to the European Union – he emphasized. Piotr Sack was a guest on Jacek Bańka on Radio Krakow morning chat.

Transcript of Jacek Bachka’s conversation with Piotr Sack, a member of Solidarna Polska.

Are there any conditions acceptable to Solidarity Poland regarding the certification of the reconstruction fund?

Polish solidarity is the guarantor and guardian of Polish sovereignty. We walked with the Law and Justice Party and the agreement with a program in which matters related to sovereignty are dealt with and defended primarily and fundamentally. I didn’t notice that we have updated this software in the meantime. It is hard to imagine that there will be a thread of agreement here, because it is difficult to negotiate matters. The measures taken so far are an attempt to strengthen the federal state. The European Union is shifting from a role of money distributor to that of a debt generator, but also from a role of new burdens. It sounds very nice: the decision to increase the EU’s own resources. This is a bit of a mystery. But we are actually transferring a number of competencies to the European Union. It’s hard to imagine we’ll have a place to talk somewhere.

We also have recent press reports that ratification can take place without Parliament. How will this affect the survival of the United Right?

First of all, I would like to point out that the whole process is delayed, but this is not only the effect of the actions of the coalition partners, in this case of Poland’s solidarity. A broader context should be noted. On March 26, 2021, the German Federal Constitutional Court stopped the ratification process in Germany. It relies on very similar arguments. He notes that the European Union cannot withdraw any further powers, and there is doubt as to whether this is in accordance with the German constitution. We focus as much on these issues as we do. There was already an idea to complete these measures by the end of April. But the matter does not mean that no one does not notice this problem, we do notice it, and we have confirmed it many times, and other countries, especially the competent authorities, point to similar dangers that many have not noticed. As far as your question is concerned, we remember something like stacking up the law, and in my opinion, such a prosthetic device, such a solution is not an option. There were already similar endorsements and it passed through Sim. It is difficult to imagine a situation in which such a heavy burden would be – and we must remember that here is the issue of the great burden on the Polish state and the ceding of powers to the European Union – these matters would be dealt with in an impartial manner. This is a clear delegation of some competencies to the European Union and it cannot go through a different procedure as it relates to such important matters. The vision of the euro and the cent should not obscure questions of principle. There is a lot of money in the range of 50-60 billion euros, but we must remember that some are loans and some subsidies. It will be indicated where these funds can be invested. It is not that we are free to spend these resources. The part will be released, the part will be returned. Grants can only be awarded for a few specific purposes. These are not just advantages.

See also  Poland from a satellite: A map of the land cover of Poland has been created

No one is hiding that tension between coalition partners is increasing. How real are early elections today?

I suppose wise after all. A possible early election would be a boon to the opposition, who has no idea about Poland, and is falling into a swamp. We cannot obscure our achievements in current affairs. Law and Justice, United Right, Solidarna Polska and the Agreement have shown in recent years that they can take an interest in Polish affairs, and they can change reality in a positive way. Despite our opposition to Law and Justice, there will be no far-reaching repercussions.

Possibly a decision may be made today to extend the close. On the other hand, we announce the return of children to nurseries and kindergartens …

The issue of loosening the restrictions of the state, agencies, institutions, and economies depends on a number of factors. There are consultations, we can see today, for example, Germany imposing a night curfew, a number of restrictions and limits. The restrictions were to last until April 9, and were extended until April 18. There are no big surprises here. If there is a decline in the third pandemic wave, this means that the economy must be woken up as quickly as possible, because there are heavy losses every day. No one is happy with this epidemic. Poland is developing very quickly, 3-4 times faster than the European Union in boom times. We have one of the lowest unemployment rates. The same applies to the reduction in GDP. All these shields and ideas to protect the Polish economy and society from negative effects from an economic perspective have been positively received, since we have one of the highest ratings in terms of the European Union.

We have an announcement from Minister Dworczyk that by the end of August all volunteers will be vaccinated. Isn’t this time to launch vaccinations?

The immunization program is gaining momentum with each passing day. At first it was behaving like a factory, now we have a factory. Ultimately, there will be up to 8 million vaccines per week. The idea of ​​vaccinating all willing citizens by the end of August is a very good solution. On the one hand, of course, the faster we take off, the faster we will develop, but we also need to use common sense to not dump the baby with the bathwater, to prevent more waves. I assume that with this emphasis on vaccination and protection measures, the government’s assumptions will be successful and we will operate in a new normal during the holidays.

What will change the return of the commercial department to the court in Tarnow?

From Tarnów’s perspective, this issue is critical. It is not just a matter of the economic re-division in the district court, but also the restructuring and bankruptcy division of the district court, which is a whole range of activities. Together with Representative Norbert Kacchmarkzek, we sought this at the Ministry of Justice, and these efforts were successful. On Monday, Michel Wu visited Tarno and announced this good news. This is very important from the perspective of thousands of local entrepreneurs. I suppose there will be more dynamics of work. There were differences when it came to the dynamics of the procedure, the commercial court in Krakow was less efficient. This will make it possible to resolve issues faster. Economic circuits hear cases as second-instance courts, and they hear many millions of very important cases. Effective economic courts in the country are like the circulatory system in the body. No congestion, no domino effect. This means that there is no financial turmoil. This is very important from the perspective of entrepreneurs, but also citizens who can now apply for restructuring or bankruptcy in Tarnów. The necessity of traveling to Krakow certainly did not make it easy to enjoy the benefits of these institutions. Especially since these institutions have changed in recent years thanks to the efforts of Zbigniew Ziobro. Regulations have been liberalized and procedures simplified. In the past, failure required a lot of money. Today, these procedures are simple and easy, and restructuring or bankruptcy decisions are more and more common.

See also  Are you studying at the gym and fire station while building the new school?

Is it certain that all this will succeed in Tarnów in January of next year?

Don't Miss it Von der Leyen and Michel met to discuss the “Sauvage” case. After the absence of a chair for the President of the European Commission News from the world
Up Next UK economy – what are the prospects