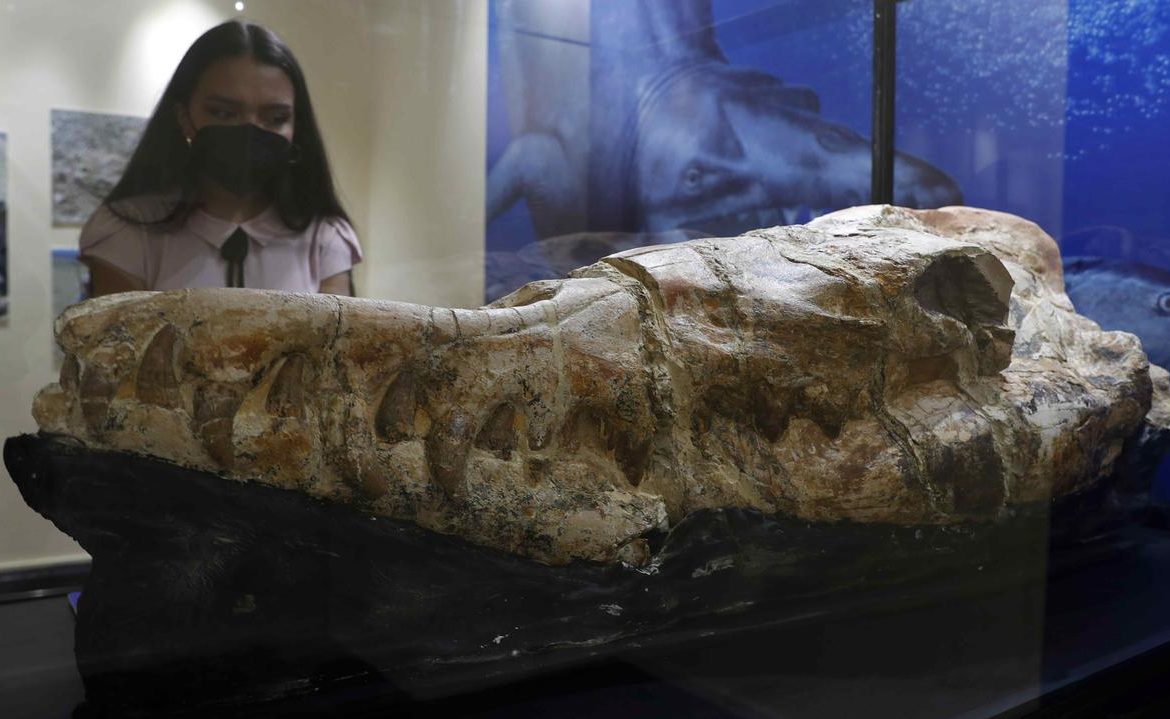 Paleontologists have discovered the fossilized skull of a sea predator, the ancestor of modern whales. This species was found tens of millions of years ago. Scientists assure that the find is in excellent condition. It has just been submitted.

The skull, which is about 36 million years old, was found last year in rocks in the southern part of the Peruvian Okucaji Desert, about 350 kilometers south of Lima. Paleontologist Rodolfo Salas of Saint Mark’s University in Lima reported Thursday that the skull is intact and can be admired at the Natural History Museum in Lima.

“No similar specimens have been found anywhere in the world,” said Mario Urbina, from the same university where Salas works.

“The biggest predators of the time”

Researchers believe the skull belongs to Basilosaurus (Basilosaurus), who lived in the ocean covering what is today Peru. Basilosaurs are a genus of extinct whales that lived during the Eocene epoch, that is, from 56 to 39.9 million years ago. They were the ancestors of modern whales, dolphins and porpoises. Its length was up to 21 meters, and the length of the skull itself was 1.5 meters. As Salas emphasized, “These animals were the biggest predators of the time.”

According to scientists, the first cetaceans arose from mammals living on Earth about 55 million years ago, or 10 million years after an asteroid collided with today’s Mexican Yucatan Peninsula, exterminating the dinosaurs and many other species.

Don't Miss it Patrice Evra enters the ring. He just announced his rival to the world. He hits
Up Next Jumanji becomes an amusement park ride –