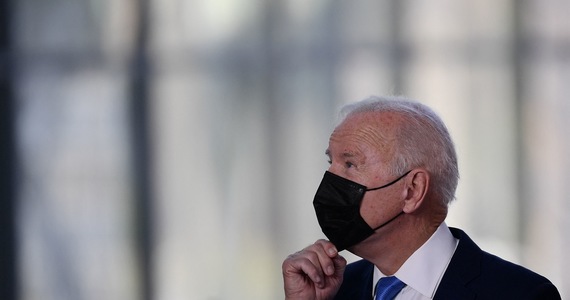 Almost the entire Eternal City had emergency security measures in place due to the presence of heads of state and government from most of the group’s countries. Police, carabinieri and soldiers monitor their safety and order in the capital. Their number was increased by more than five thousand. Archers and soldiers were deployed with dogs.

Russian President Vladimir Putin and Chinese leader Xi Jinping will not attend. Both are in actual contact with the summit participants and have given speeches (the foreign ministers of these countries, Sergey Lavrov and Wang Yi are on the site).

Russian President Vladimir Putin, by remotely calling on Saturday participants at the G20 summit in Rome, accused some countries of being protectionist in their approach to vaccines against Covid-19. “Some countries are taking a protectionist attitude towards Covid-19 vaccines and are not ready to recognize and register them,” Putin said in a speech to the leaders of the most economically developed countries in the world and the European Union. These words mainly refer to the Russian Sputnik V vaccine, which has not been approved in the European Union.

Putin added that the World Health Organization (WHO) should review and approve Covid-19 vaccines and treatments faster. During the conference call, the Russian president also called for actions to promote mutual recognition of vaccines. – The Russian President said that fighting the epidemic requires improving medical services and cooperation between countries. The view was expressed that the activities of the World Health Organization should enjoy “global support”. “You cannot make her work difficult,” he added, assuring him that he agreed with French President Emmanuel Macron on this matter.

The Russian leader stated that “the huge budget deficits of many developed countries, led by the United States” are the cause of inflation and the rise in commodity prices. – We have to achieve stability in monetary policy and budget – assessed.

Chinese President Xi Jinping said in a video address that global development must be “more just, efficient and inclusive” so that no country is left out. He suggested global cooperation on COVID-19 vaccination, noting that the authorities in Beijing have provided the international community with 1.6 billion doses of preparations.

Addressing the much-discussed issues of climate change at the Rome summit, the Chinese leader urged developed countries to lead by example in reducing greenhouse gas emissions, taking into account the “difficulties and concerns of developing countries” and respecting their commitments to finance their development. “This is fundamental to the success of the COP26 climate conference in Glasgow,” Xi Jinping added.

The main topics of discussion began at 10:00 am at the Novola Conference Center, in the Eurozone, to combat the pandemic, the worldwide COVID-19 vaccination campaign and recovery from the economic crisis and climate change and the need to stop it, especially in the context of the beginning of May 31. United Nations Climate Summit in Glasgow, Scotland. Most of the participants in the Roman meeting will go there.

The topic of rising energy prices and related problems will be discussed. There will also be discussions in the public forum, or in smaller groups, about the situation in Afghanistan after the Taliban took power and about Iran’s nuclear program.

Commentators point out that the biggest expectation for the summit is that it won’t be just a photo opportunity. At the same time, it was warned that major decisions and a tentative climate agreement were not expected. The result will be, first and foremost, a commitment to provide vaccines to poor countries. It is reported that Italy earlier led the Group of Twenty to promise to strive to vaccinate at least 40 percent of the world’s population by the end of this year.

The new stated goal is to reach 70 percent of the world’s population that has been vaccinated by the middle of next year. But for this purpose and acceleration of vaccination, the head of the International Monetary Fund, Kristalina Georgieva, warned in Rome of the loss of $ 20 billion.

Evidence of the huge disparities is – as noted by the daily Corriere della Sera – that the G20 countries received 15 times more doses of vaccines than the countries of sub-Saharan Africa.

A clear declaration of joint commitment is also expected to create a mechanism to make the world better prepared for future pandemics.

The first day of the meeting of world leaders will end with a meeting with beauty and history; In the evening they will visit the Baths of Diocletian. They will then head to the Quirinal Palace for a dinner hosted by the President of Italy, Sergio Matterella.

On Sunday mornings, they will also visit the monuments of the Eternal City.

European Year of Railways: How does Malopolska invest in railways?
promotional materials

Don't Miss it Indians vaccinated by Govshield can now travel to Poland. Check out the latest brochures
Up Next Northern lights in Poland. When and where do we notice this phenomenon? How do you see it? Where do you look for it?