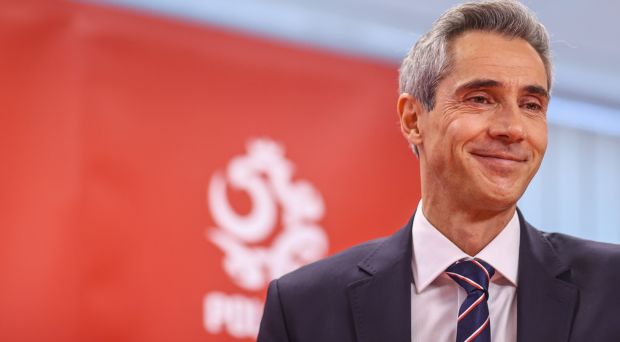 Paulo Sousa on the characteristics of the Polish team’s playing style:

The history of Polish football has been based on counter-attacks. I created players who were able to attack in space, but who needed a lot of space in front of them. We must take into account the quality of the existing players, but we also want diversity and believe in our own values ​​to implement the best possible play style for the new Polish footballer’s profile. We particularly need more efficiency in our operations. Push the team forward when you have space, but then there’s the final decision: passing, dribbling, helping … we need a lot more of that in these areas to create opportunities and score goals. After all, strikers are one of our team’s strongest points.

… about the differences in the coach’s work in the club and the national team:

The biggest difference I noticed in the work of a club coach and manager is the ability to influence players to implement their concepts. You need training to become a coach. Let me put it this way: We have consciousness and unconsciousness. We have the tools to show players our plans through conversations, photos, videos, and work with them and work on the first item. However, you can develop your subconscious mind by experiencing actions and emotions. You analyze, decide and these bonds get stronger. There is no time for them in the frame, and no way to speed up the process.

… on the possibility of collaborating with Robert Lewandowski:

Attackers, when they make a difference, they fit every concept. After the call from President Zbigniew Bonic, immediately I had a positive attitude towards this job, and then I heard the names of the players. The experience of driving a footballer at the level of Robert Lewandowski is great for a coach. I believe we can help each other together and achieve a lot.

… on how he wants his team to play in defense:

Usually, I want my team to control my opponent by having possession of the ball, getting as close to his goal as possible and creating opportunities. With our guys, it’s needed. However, in order to relate to them and have maximum potential, we need to see and feel their connections on the playing field, which suit their species best. I know that one of the biggest challenges in the coming weeks will be the defensive organization of the team. I want my team to be on the offensive: Aggressive. These are important moments for me, but with the current players profile it will be a challenge. We have many points that we want to work on, ideas about organizing the game especially in these two moments: the transition from attack to defense and defense. This will be critical to what we will achieve in the future. I am convinced that we will play longer in most games, we will create a large number of opportunities and strive to win. But there will also be other matches like England where we will have to show something different.

… on whether a footballer is better than a coach:

As a soccer player I was better than as a coach because I won more important titles. But in my current career, my goals have not changed. In any case, I have already won seven coaching titles. At the level at which I was leading the teams, I also achieved records in goals and points. One of my greatest achievements that I am proud of are the players who have developed and achieved after working with me. My first premise as a coach is to focus on the player: who they are, what they can do, and how to make them stronger tactically. Because it is thanks to this intelligence that he is mentally stronger. I can beat teams and not win titles, although I know I’m in this profession as well to win titles.

About work plans for the first days of the March gathering:

We had video conferencing with some of the players. However, our message is difficult to fully understand when a player is at the club and focusing on what the local coach is asking for. We can talk to some more quickly about the concepts, the tasks in our game plan, the tasks in high and low pressure, the dynamics in the attack … We have already been through this with some, explaining taking the right postures, and moving in relation to the teammates. These encounters were positive and emotional and you could feel the players’ love for the country, and the will to play their best. Therefore, they were open to new information from the new coach. However, I can’t say how much time is enough to trigger these conversations, to be clear about the things that we have been talking about. They are open and want to show it all and are convinced because they also feel they can do more. That’s why I’m counting on each one of them and on the fact that as a whole team we will live up to the maximum that we can achieve.

… about the match in which his closest to ideal team played and trying to translate this method into the national team:

The match that immediately comes to mind was the Fiorentina match from Naples, in which Piotr Zelensky played. It equaled us 2: 2, but it was tactical, technical, physical and emotional at an amazing level. Little things influenced the result, but we were close to perfection. The players of this team are completely different. We have to create opportunities for them to get to this level. I see working with employees as a process, not a project. A project has a beginning and an end, there is a beginning in the process, but it never ends. Action time is dynamic, you have to constantly adapt with many things because it takes longer time to influence players. 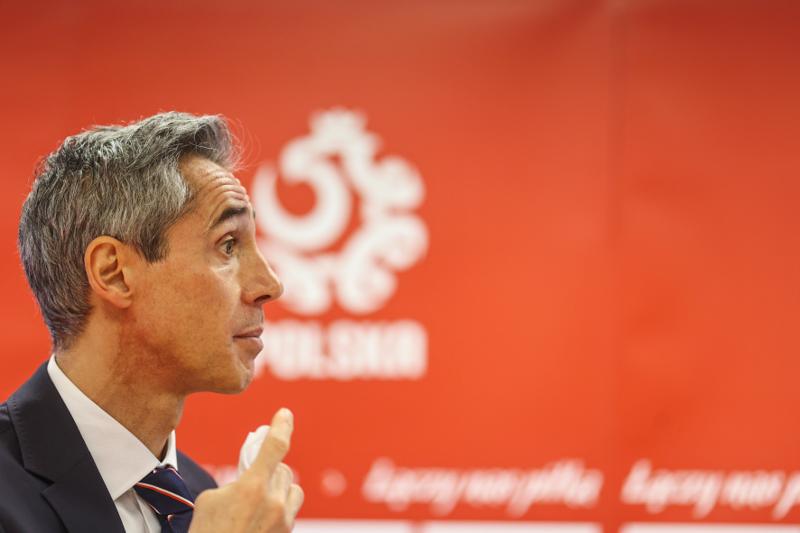 … on the appointment of Kacper Kozłowski:

Everyone says Kacper is a phenomenon, and it has great potential, and I agree with that. However, I also heard that for many he is too young, and that it will bypass many youth groups and it just wouldn’t be good for him. But we don’t know that. I didn’t think that in clubs either. I think this shortens the distance between the levels, between the junior and senior teams. The faster we play between players like Arkadiusz Milik, Robert Lewandowski, Piotr Zieliński, or Grzegorz Krychowiak, the better for him. He will be able to feel the rhythm and intensity of the game and mentally stabilize himself at this level. I saw that he was a bit nervous in the league matches. It’s a matter of perspective, but why wait? Why don’t we give him this experience? If I am talking about playing opportunity to players, it is totally up to him whether what I see is enough, whether he will use it, or give me a chance to see my potential.

… about how much tactical work a coach can do during boot camp:

We started by talking to the roughly 50 players we had on the list. We have already touched on the issue of mentality and training. We worked tactically more individually. For example, today we’re sending players the first ideas for their game in our timeline. She also asked the players to come to the training camp as soon as possible to help them recover. The faster it is, the more tactical aspects we will cover in training. The same goes for class size and density. We have to adapt it to every player. There will be differences. However, mentally and tactically, we will be operating from the very first moment they come to the training camp. We want to present our game model, concepts, dependencies, and solutions to everyone. When everyone is there, we will divide into groups, for example defenders, to dedicate time to two or three solutions regarding the defensive line during a training session. We will dedicate a portion of the training to implementing a team game in what high defense should look like, and introduce the strategy of the first game. We want players to notice from day one what kind of distances, stances and lines we expect in organizing a defensive game.

… on the match against England and its favorite role in the World Cup Qualifiers:

We must think primarily, but also realistically look at the group’s favorite items. The English language has more options, more players playing with the highest quality and intensity in clubs and national teams. One of those teams that will be eleven core teams will be one of the most difficult challenges. However, we must find ways in these matches and not just think about scoring a defensive point. This will require more dedication from our players, individually and collectively. We will have less time for the ball than in the other games, but we will need it to create situations to help the forwards. We have to support them and create opportunities for them, because this is one of the strongest positions in the team. We have to be brave and ambitious to qualify for the World Cup, but we don’t have to think about second place right away.
Mikahi asked Zakodny and took notes

Don't Miss it Shield commemorating the Katyn victims without legal grounds
Up Next Love island. Love Island – New participants who have joined the program