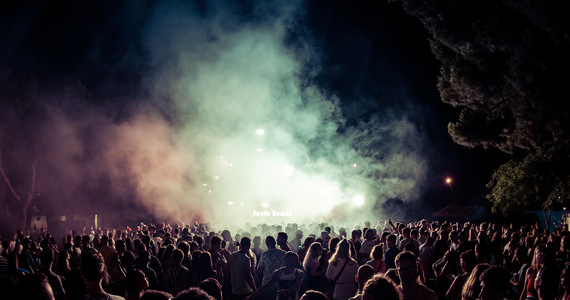 At least 8 people were killed and many more injured at the Astroworld Music Festival in Houston, Texas. Panic broke out under the stage. 17 people were taken to hospital.

According to local services, panic broke out during the festival. The crowd started pressing on the platform, some lost consciousness and fell to the ground. People stomped on each other.

Panic erupted during the performance of festival organizer Travis Scott. The crowd pressed against the platform causing panic and damage. People started losing consciousness and this, in addition, caused panic – reported at a press conference by Houston Fire Chief Samuel Pena.

Travis Scott continued to perform at the #AstroWorld Festival after seeing a fan break down and ask for help pic.twitter.com/0T5u3JghyM
ShesFishy
November 6, 2021

There was something in front of the stage At least 50 thousand people. Saturday’s concerts have already been cancelled.

Astroworld is an annual music festival organized by rapper Travis Scott in Houston. It was launched in 2018. Hip-hop artists mainly perform during the event, but musicians of other genres are also invited.

USA: A naked man was found in the walls of the theater. He was imprisoned there for two days

See also  Georgia: Mikheil Saakashvili has started a hunger strike in custody
Don't Miss it Katarzina Kawa finished her show in Midland. Krecz has finished his US tour
Up Next The first Qualcomm Snapdragon 898 smartphone in the picture!