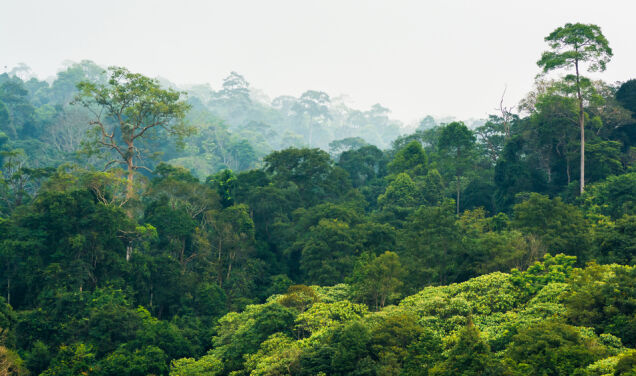 Analysis of satellite data shows that nearly 59 million hectares of forest have been restored since 2000. The research was conducted by a team of scientists led by the World Wide Fund for Nature (WWF). Experts estimate that such forests could absorb approximately 5.9 gigatonnes of carbon dioxide – more than the annual emissions in the United States.

The study looked at forests that had grown spontaneously or with little human assistance, for example by planting native trees or fencing the ground to reduce grazing.
Scientists say protecting and restoring forests is a better solution to climate change than planting trees, as existing forests absorb more greenhouse gases while protecting nature and biodiversity.

“We have known for a long time that natural forest regeneration is often cheaper, more carbon-rich and better for biodiversity than actively planted forests,” said William Baldwin Cantelo, Director of Nature-Based Solutions at WWF UK. “This research tells us where and why regeneration is taking place, and how we can recreate these conditions elsewhere,” he explained.

The study found that the Atlantic forests of Brazil have restored an estimated 4.2 million hectares since 2000. In the same period, 1.2 million hectares of taiga were regenerated in northern Mongolia. Forests in Africa and Canada have also grown again.

We keep losing them at a “terrifying pace”

However, the authors concluded that such “encouraging signals” could not be taken for granted. And they warn that the world is still losing forests at an “alarming rate”, much faster than the pace of re-establishment.

In contrast, other studies found that 386 million hectares of tree cover – an area more than seven times the area of ​​naturally regenerated forest identified in the study – has been lost worldwide in the past two decades.

“If we provide forests with a large-scale regeneration area, if we create that area and ensure its sustainability, it will play a major role in avoiding climate change,” Baldwin Cantillo said. “This does not mean that we do not have to stop deforestation, we certainly do.” This doesn’t mean we don’t have to cut emissions, but we do need all of these things together. And we can do a lot more to benefit from this renewal than we are currently doing.

Don't Miss it SpaceX plans to undertake a paid lunar mission in cryptocurrency
Up Next Body Hair Extensions announce your body hair. Your choice