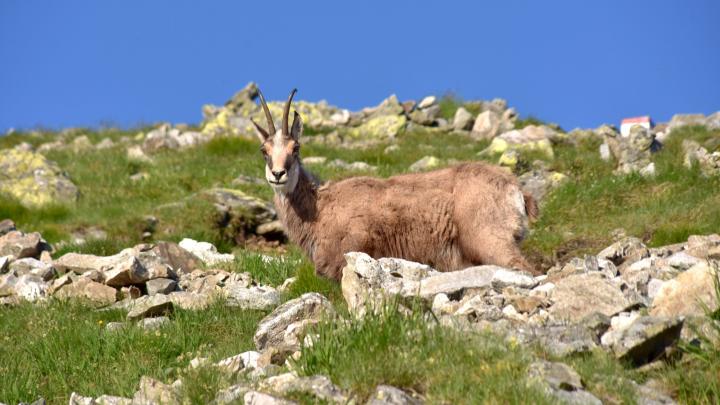 Naturalists from the Polish and Slovak Tatra National Park counted 1,095 chamois during a joint work to count these protected animals. Slovak park authorities said Thursday that naturalists suspect the actual population may be greater.

“We expected the overall population data to be higher. Our assumptions are based on observations throughout the year, which show that the real chamois population in the Tatras is slightly higher than during the expedition” – explained Josef Hepler, zoologist from the state forests of the Slovak Tatra National Reserve He explained that on the sunny southern slopes, chamois during the counting often hid from the sun in shaded places where animals could not be seen.

Slovak naturalists counted 781 chamois on their side, while 314 chamois were recorded on the Polish side.

For comparison, during the autumn campaign last year, 983 chamois were counted in the entire Tatras, and in the fall of 2018-1431 chamois.

Chamois counting is carried out twice a year – in the summer, when naturalists can identify the offspring of chamois, and in the fall – the so-called verification count. Joint procedures for the enumeration of chamois have been carried out on both sides of the Tatras since 1957. It is the oldest natural observation that two countries have simultaneously carried out. (PAP)

See also  Essex Covid: Latest infection rate in every city as the second UK lockdown approaches
Don't Miss it Assassin’s Creed Valhalla will have more content by the end of the year. Ubisoft Announces News
Up Next How Meryl Streep prepared for the presidential role in ‘Don’t Look Up’