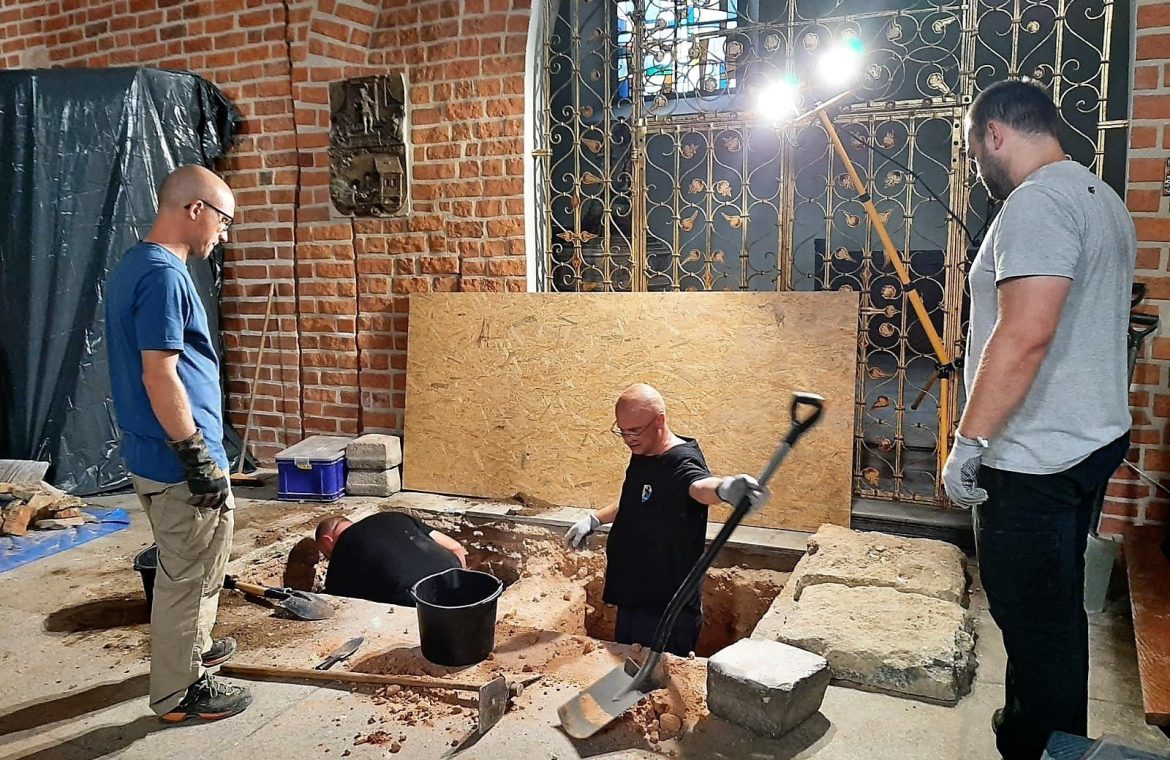 – We encountered a fragment of the wall older than the building of the cathedral in its present form. Perhaps, in the place we discovered, there is part of another assumption – says Dr. Magdalena Przysiężna-Pizarska of the Institute of History at Opole University, who conducts research at the cathedral in Opole.

For several weeks, people who come to the cathedral pass in the left aisle (looking at the altar) near St. Anna (which has a gilded grate) “alien” elements in the sacred space – slabs, chips, stones, etc.

– There is a search area under it – explains the doctor. Archaeologists call this place a trench. Our work confirms the research done in 2016 [użyto do nich georadarów oraz wprowadzono – przez wywiercone otwory – kamery pod katedralną posadzkę – przyp. red.]. They had to show, among other things, to go down to the vault and reveal if something was blocking it.

– When we began the exploration, we noticed that the area in the excavations was covered in rubble with fragments of bricks and mortars – continues Dr. Przysina-Pizarska. – The entire space is divided into two parts. The first is to go down to the cellar. The second may be more interesting. After recent consultations with A. Sławomir Moździochem, Head of the Wroclaw Branch of the Institute of Archeology and Ethnology of the Polish Academy of Sciences, confirmed my assumptions. We came across a piece of the wall older than the cathedral building in its current form. Perhaps there is part of another assumption in the place we discovered. It cannot be ruled out that it is sacred either, but it is too early to make a firm decision. Also because we only see part of this wall.