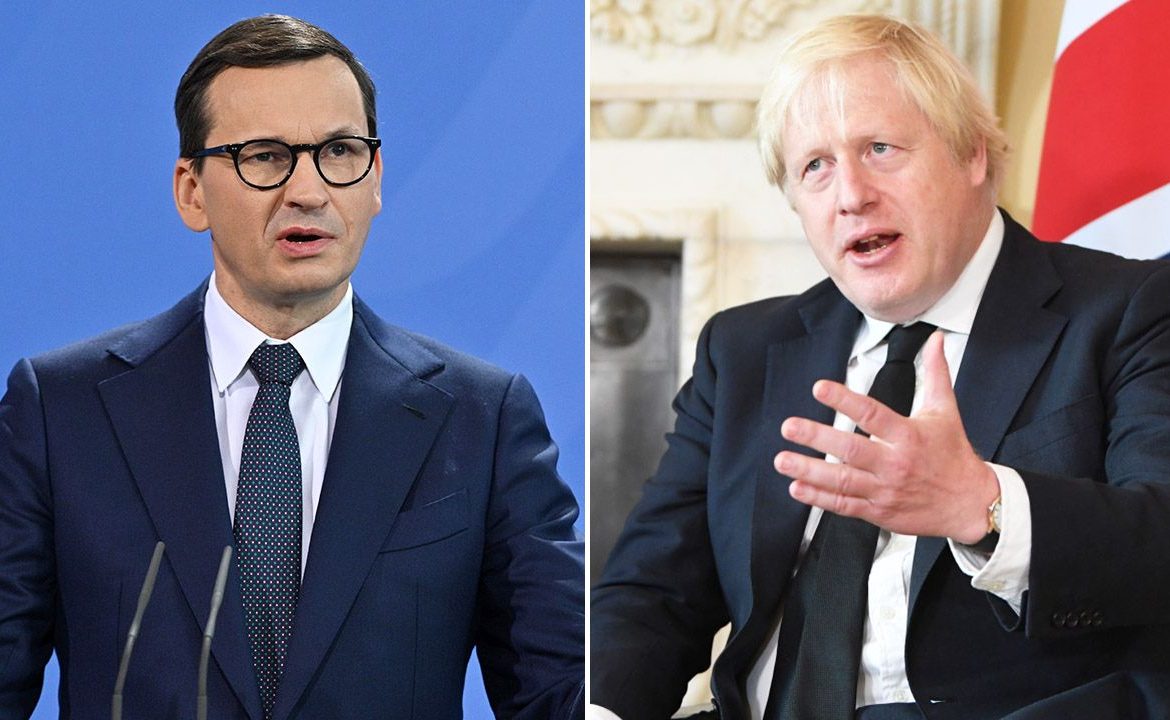 Government spokesman Peter Mueller said the situation on the Polish-Belarus border will be the main topic of talks between Prime Minister Mateusz Morawiecki and British Prime Minister Boris Johnson in London on Friday. He added that the issue of energy prices will also be discussed.

Komç: NATO fully supports everything we do to defend the borders of the European Union

Mueller stressed in a press release that the hybrid activities carried out by the Lukashenka regime received a firm response from world leaders. – Great Britain stands in solidarity with our country, as a member of NATO and an old friend of Poland. He informed that in addition to the issue of the eastern borders of the European Union, the heads of government will also raise issues related to energy prices.

He recalled that in mid-November, Prime Minister Johnson, referring to the situation at the Polish-Belarusian border of the European Union, said: “We show our solidarity with our friends in Poland with regard to Belarus and Russia. We encourage everyone to work for peace and stability throughout the Europe region“.

The United Kingdom of Great Britain and Northern Ireland has been a member of NATO since 1949, that is, from the very beginning. Mueller wrote that Prime Minister Johnson’s government would provide support to Poland in the name of the solidarity of NATO members and the longstanding friendship between the two countries.

He pointed out that the measures taken at the border It is one of the many elements that have an impact on the current situation in Europe. He added that the issue of energy was just as important.

A series of meetings of the Polish Prime Minister

– Significant costs of allowances for emitting a ton of carbon dioxide Muller said gas prices, dictated by major suppliers, lead directly to higher energy prices, which contribute to inflation in many European countries.

He added that the visit to London is another meeting that Prime Minister Mateusz Morawiecki had recently with world leaders. He recalled that on November 10, the head of the Polish government met in Warsaw with the President of the European Council, Charles Michel. Last week, the prime minister met with US Director of National Intelligence Avril Haines and the prime ministers of Lithuania, Latvia and Estonia. In addition, he had telephone calls with the Prime Minister of the Republic of Iraq and the Prime Minister of the Kurdistan Regional Government.

The government spokesperson indicated that other meetings were held this week, i.e. an interview with the Secretary-General of the Organization for Economic Cooperation and Development and the Prime Ministers of the Czech Republic, Slovakia and Hungary.

See also  UK: We support Ukraine, but we do not intend to send our troops. Ukraine is not a member of NATO

As he emphasized, they all have a common denominator – concern for the security of the Polish-Belarus border between the EU and NATO, and an expression of solidarity and support. “Poland can count on the support of its allies and a resolute response to the current situation at the border,” the government spokesman wrote.

Don't Miss it Shell withdraws from the Campo oil field in the North Sea
Up Next Inverted crosses, nativity scene with genitals – this is how the West celebrates Christmas