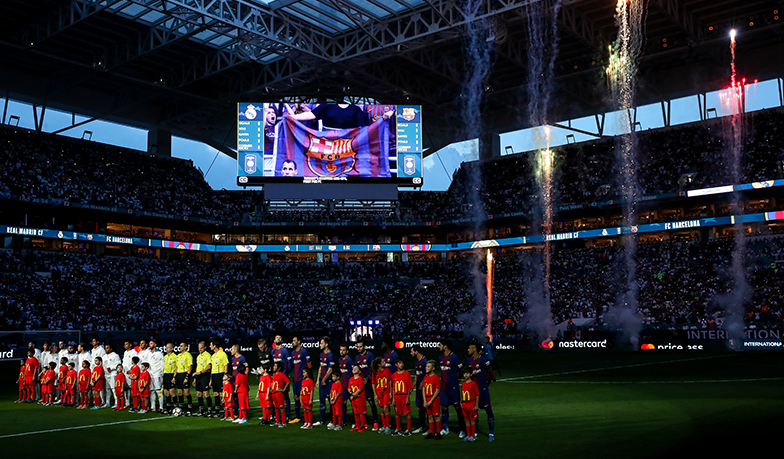 Pretemporada Real Madrid is taking on an increasing shape every day. Last season just ended, but the Kingsmen have to think about the challenges ahead. Spanish media reported earlier that the team would return to training on July 8. Then in Valdebebas will appear those players who did not participate in the training camps of their national team in recent days. But the real preparations will not begin until the United States.

The club officially announced, today, that the team is waiting for three friendly matches in the United States. The ranks will face Barcelona, ​​Club America and Juventus as part of the so-called Football Champions Tour. First, we will witness the first classic sparring since 2017, when Real and Barcelona They faced each other in Miami, and the Catalans won the match 3-2. This year’s game is scheduled for July 23 in Las Vegas at Allegiant Stadium.

Three days later, on July 26, Carlo Ancelotti’s team will face Club America at Oracle Park in San Francisco. The last match in the United States will take place on July 30 at the Rose Bowl in Los Angeles against Juventus. The club has not yet announced whether the team will face anyone before the European Super Cup in Helsinki. The match against Eintracht will take place on August 10.

Don't Miss it Live Stream USA vs Grenada: How to watch online
Up Next Will Pope Francis cancel his trip to Canada?