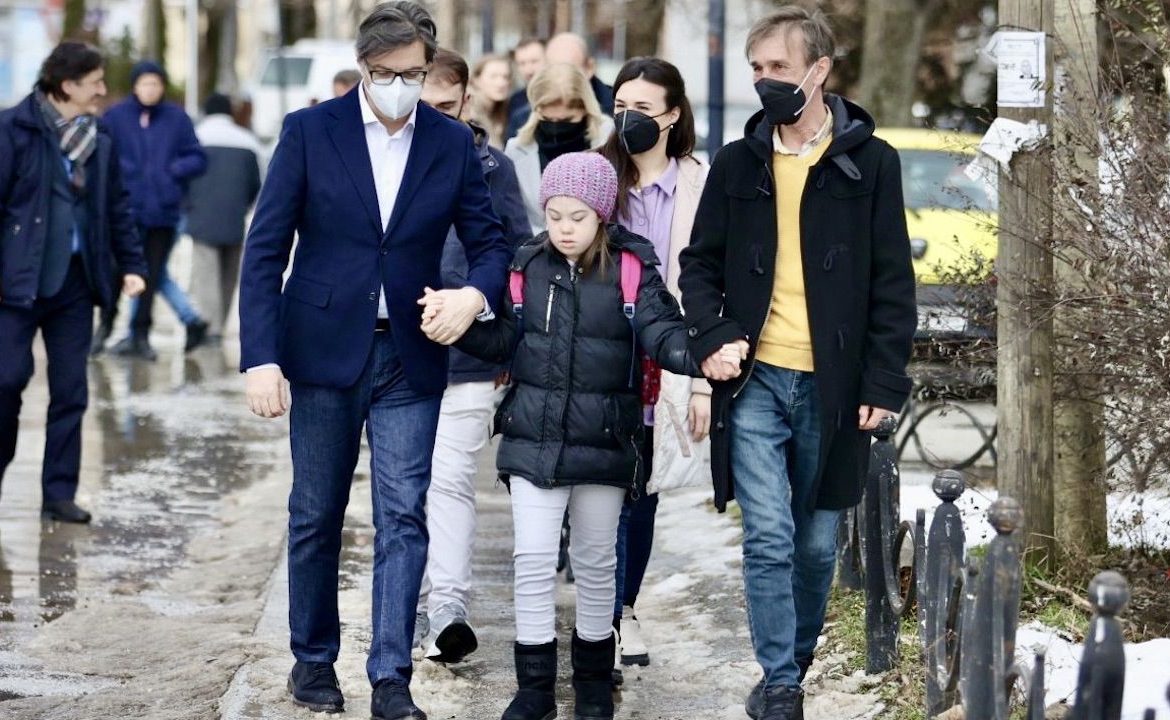 Nice gesture from the President of Macedonia. When news reached Stewa Pendarowski that Embla Ademi, 11, with Down syndrome, had been a victim of discrimination, he decided to show student support and take her to school in Gostivar himself.

Violent attack at a school in Sweden. He entered the classroom wearing a black mask.

At NTI High School in Kristianstad in southern Sweden, a 50-year-old student injured a teacher with a knife on the first day of school after Christmas…

The 11-year-old attended primary school in a small town in Western Macedonia. As her father mentioned, the problems began in November of last year, when a group of parents influenced management to remove Embla from the classroom.

– My daughter was assigned to the teaching shift. He told local media that she took classes in three different classes for two weeks.

Subsequently, the parents accused the girl of aggressive behavior, demanding that she be separated from her peers. It worked, and for several weeks the 11-year-old had been taking a one-on-one course in a small, unheated room on the school grounds. This was despite the fact that caregivers from the local special needs center stated that Impla was not violent and should be integrated with her peers.

When, under pressure from the Macedonian equivalent of the School Board, Impla was brought back to normal education, the other parents decided to protest and … they stopped sending their children to school. As a result, from February 1, Embla went to … an empty class

Her case got publicity nationwide until the president decided to take it up himself, who took the girl to school last week.

– Embla’s story reminds us of the prejudices we live with and the need for greater protection and care for children with disabilities – Pendarowski said, adding that “helping people like Embla creates an opportunity for others to learn together, genuinely enjoy and, above all, to integrate”

– We are all equally responsible for Embla’s smile and all other children of extraordinary development – he emphasized.

Later, the Minister of Education of North Macedonia confirmed that the girl would continue her education with her peers.

On the other hand, the Helsinki Foundation for Human Rights described the attitude of Impla’s peers as “shameful” and “affects the weakest in society”.