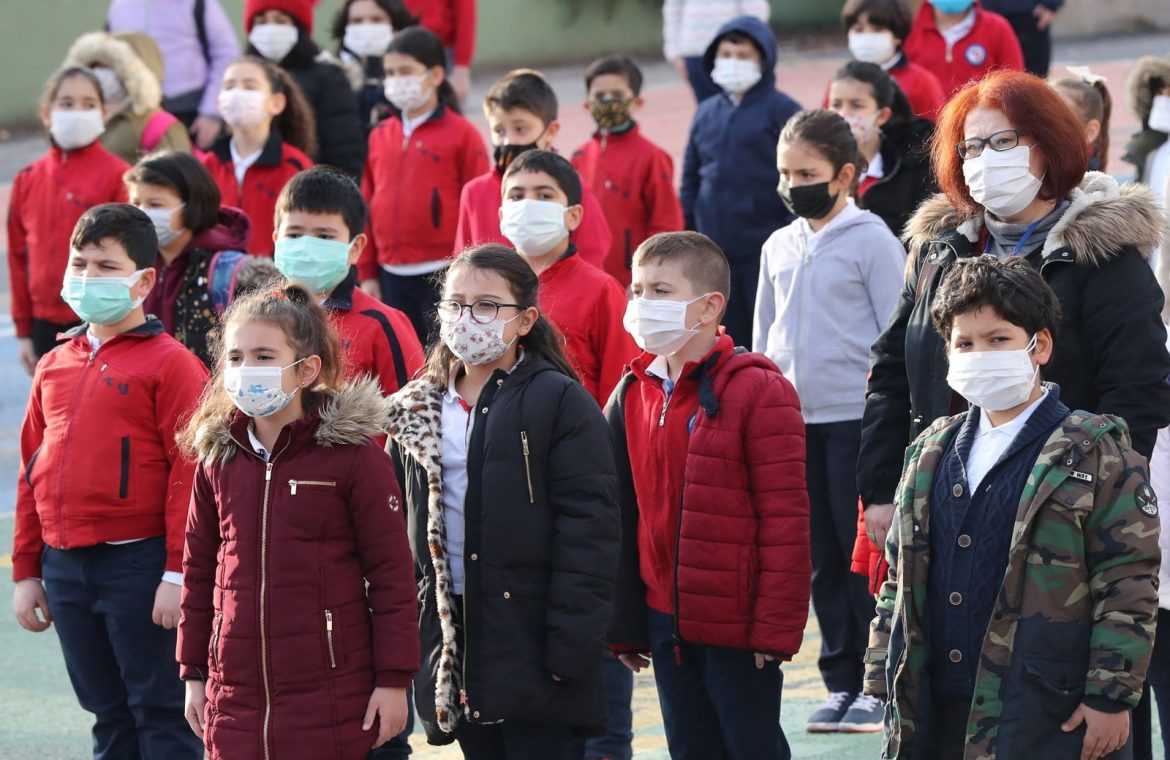 Health Minister Fahrettin Koca said on Tuesday that the government had no plans to impose new restrictions or close schools due to COVID-19 cases.

“A quarter of our average active cases are in the 0-17 age group. Previously, it was between 10 and 11 percent. However, this 10 percent increase in hospital admissions is reflected, but not in the number of intensive care and intubated patients. So There is nothing to worry about. We do not want to put restrictions and closures on the agenda for the new period. He said that as the Scientific Council and the Ministry of Health, we believe that all alternatives should be tried, including education on the weekend, and schools should remain open in all directions.

The Minister of Health added that teachers’ immunization rates are on the rise and that those who have received at least one dose of the vaccine have reached 92%, and 82% of teachers have received two doses.

In late August, first graders started school to participate in the mentoring program. In preparation for the start of the new school year, preschool children and first graders took part in a face-to-face integration training on September 1-3. More than 2.3 million students have trained 165450 teachers. In total, COVID-19 sent nearly 650 million Turkish liras ($78.1 million) to nearly 58,000 schools for masks, sanitizers and cleaning needs, while 113,000 cleaning staff were allocated.

See also  Disney shed 28,000 employees due to the Corona virus, which is wiping out its theme parks

The Ministry of National Education and the Ministry of Health have established a “data integration system” to track the health of teachers and students. This is to facilitate contact tracing if necessary. The teaching staff was trained in infection control before the start of the new school year.

Koca stressed that the home-grown Turkovac vaccine will also be ready in the coming months, adding that all citizens will have the right to choose the vaccine.

The Turkovac vaccine – an in-house produced COVID-19 vaccine – was developed by scientists at Erciyes University in Turkey and phase three human research began in June. The inactive vaccine is currently subject to emergency approval, and Health Minister Coca has announced that it is likely to start mass production in October when it is approved.

Officials said they are already in talks with other countries to conduct third-stage tests for Trkovac. Vice President Fuat Oktay also confirmed that negotiations are underway, among other things, with Pakistan, Azerbaijan, Argentina, Colombia and Poland to bring operations to these countries. “We are working hard to make our local vaccine available not only to our nation but to all of humanity,” Oktay said. He noted that international tests will help Turkovac gain international recognition.

With regard to anti-vaccines, Koca said that Turks in general have no problems with vaccination, but that “there are those who delayed vaccination.”

As in many parts of the world, vaccines continue their fear-inducing efforts in Turkey as well, leading to more infections and deaths.

Earlier this month, the Istanbul government gave the green light to a rally that gathered hardliners in Maltepe Square. The rally, the idea of ​​a small political party, attracted nearly 3,000 people, according to the organizers, and academics criticized the event. The Anatolian Union Party (ABP) first faced a ban from the governor of the Maltepe region, but the governor of Istanbul later agreed to the demonstration.

While hesitation about a vaccine in Turkey is believed to be greater than outright opposition to a vaccine, anti-vaccines have found support on social media since the coronavirus pandemic entered Turkey in 2020. They do not classify themselves as anti-vaccinators and say there are no experts who say they are against vaccines. , but they say “forcing a commercial liquid” on the masses.

Don't Miss it Scientists from the University of Wroclaw reconstruct the skeleton of Stefania, a rhinoceros fossil
Up Next Poland’s budget 2022 – deficit, GDP and expenditures. The government approved the project, economic journalist Maciej Samgic comments