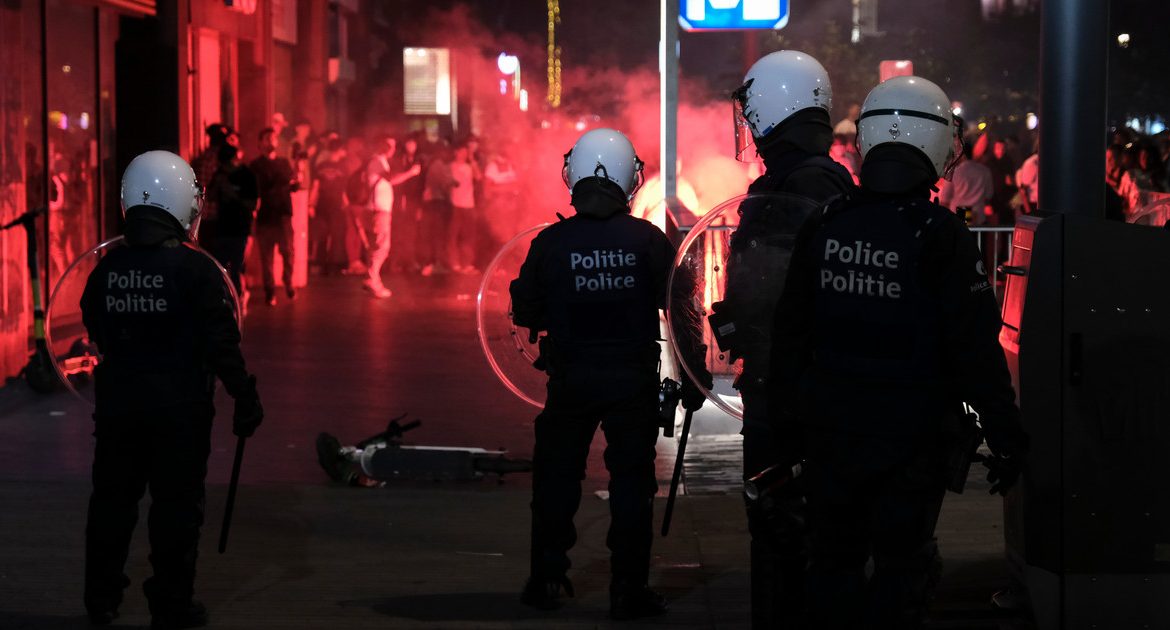 Local media reported that Friday night was turbulent in several Belgian cities. It was troublesome, among others, in Antwerp, Brussels and Ghent.

According to the newspaper “Het Nieuwsblad”, there were clashes with the police in these cities. “The drunks were throwing firecrackers and bottles at the officers,” Antwerp police spokesman Wouter Bruins told the newspaper.

Brussels police reported that officers intervened 395 times and 150 people were arrested, mainly due to clashes and attacks on police officers and the destruction of municipal property. Cars were also set on fire.

In Anas, in the province of Liege, near the German border, twenty masked young men clashed with policemen who threw paving stones. According to the newspaper “Het Laatste Nieuws”, two officers were injured.

An unusual event also occurred in Liege itself. After neighbors called the police because of the noise coming from one of the apartments, the cops arrived at the scene and were attacked by a woman who lives there. According to The Brussels Times, she bit one of the officers in the shoulder.

Read also: A city like a hurricane. We visited Zakopane on New Year’s Day morning [ZDJĘCIA]