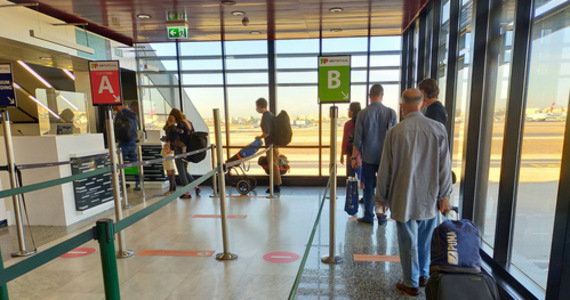 The Journal of Laws published, on Friday, the amendment of the regulation on the temporary suspension or limitation of border traffic at some border ports, which was introduced in connection with the COVID-19 pandemic, which was signed by the Minister of the Interior and Administration, Mariusz Kaminsky.

According to the change, the list of countries whose citizens can travel to Poland will be expanded to include US citizens from Saturday. To date, citizens of Japan, Canada, New Zealand, Thailand, the Republic of Korea, Tunisia, Australia and Israel or those who have the right to reside in the territory of these countries have been allowed to arrive by air.

In addition, among those who are allowed to enter Poland from abroad from Saturday, there will be participants, artists, jurors, accredited journalists and guardians of participants and artists who cross the border to participate in an international music competition or festival in Poland. The fact of this participation must be documented by the border guards. This change will enable participants to have access to, for example, the 18th International Piano Competition Fryderyk Chopin, where the qualifying rounds will begin in July.

In addition, they will still be able to enter the country from abroad, for example citizens of the Republic of Poland, their spouses and children, citizens of EU countries, citizens of Belarus, citizens of Great Britain, foreigners with a Polish card, the right to permanent residence or the right to work in Poland, Transport drivers, pupils and students studying in Poland, scholars conducting research here, diplomats, representatives of international organizations, repatriates and others.

Changes to the regulation also include the opening of three other border crossings with Ukraine from Wednesday: at Krościenko, Zosin and Dołhobyczów. To date, the crossings have been opened at Dorohusk, Korczowa, Hrebenne, Medyka and Budomierz. In the case of Russia, it will still be possible to cross the borders only in Bezely and Grechutki, and in Belarus – in Konica, Bobroniki and Tirispol.

However, the provisions on entry stone, set forth in another regulation, remain unchanged.

See also  Russia. Ilya Ponomariov reported the arrest of Vladislav Surkov
Don't Miss it Relations between Poland and the United States: The Rau Blinken Conversation. Among the topics, media freedom
Up Next deserted with new details. The studio head says bluntly: People won’t believe me anyway